Get Your Tickets For American Horror Story: Freakshow 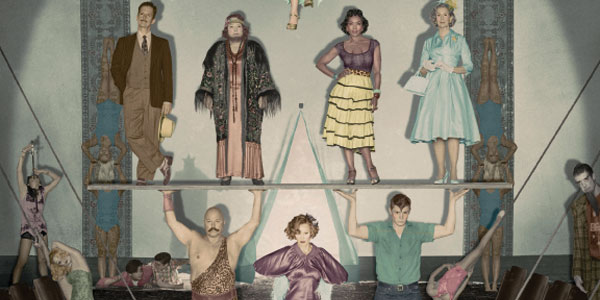 Come one, come all, and get your front row seats and popcorn ready for the fourth season of American Horror Story. It debuts October 8th on FX and our favorite cast members return for a carnival themed season.

There are a few shows that I make sure to slip into my conversation: Lost, Girls, Game of Thrones, and American Horror Story. Generally people are hesitant to watch things that focus around gore, and blood, and psychopathy. Whether it is because they are afraid of the creepy crawlies in the dark, or because they find the stories lacking in depth, I have met few people who love the horror genre with the same fervent passion that I do. When I first heard of American Horror Story I was skeptical; I immediately thought it would be cheesy. I heard a lot of people raving about the show, and I love the genre, so I figured what could I lose if I just saw one episode? An hour of my life maybe, but I can name a few things that I’ve wasted an hour doing, and watching this show did not seem so bad comparatively.

I became immediately obsessed with the show, binging the first season, and becoming exceptionally excited when news broke there was going to be a second season. I am not sure how good it is that I embrace such a dark show with giddiness, but that is the beauty of AHS. So far there have been three seasons. The original one centered on a haunted house, and what I especially loved about it was that it showed the history of the murders that occurred in the house throughout the century, and even threw in some celebrity stories, such as the Black Dahlia. Okay, so I was not a huge fan of the ending, but it in no way suggests not watching the rest of the season, because it is creepy, amazing, frightening, gross, and just so amazing.

The second season, Asylum, was my favorite, because I find asylums creepy in general, even the word “asylum” brings up images of locked doors, grimy environments, and general lack of human decency for the patients. But my favorite thing about the season was that it was entirely dark. I am not a huge fan of comedy in horror. It takes away from the seriousness of the situation, and the second season maintains a dark, serious tone, which I greatly appreciated.

Then there’s the third season, Coven, which when you mention to big fans they immediately clench their teeth. It was extremely campy, which I think saves it a bit because it was almost like it was intentionally not as serious, rather than just being bad. It had amazing potential with the story of Madam Laurie, but they took the route of cheesiness rather than darkness, and not a lot of people are a fan of that.

And now American Horror Story is getting ready to launch its fourth season, Freakshow. There is something so innately creepy about carnivals. At least there is when you think about the old timey carnivals where there are giant clowns on stilts, dark tents hiding away abnormal things. It screams murder, and it was only natural that they would focus on it this season.

Here’s the problem I have; the teasers for the show are intriguing, but they lack the creepy enchantment the other seasons had in their previews. I have seen four teasers so far. One contains a creature-esque hand holding an old-fashioned carnival ticket, which suggests something abnormal but I have to be honest and say that it just made me laugh.

It was like a mutant Big Bird hand. Another teaser shows a man licking a lollipop, and his tongue separates into a forked tongue:

Neither of these captivated me, and had I not already been in love with the show, would probably only be slightly intrigued. The two other previews I watched contained a woman bending her legs behind her back to touch her head, and oh no, there’s a third leg!

A three-legged woman hardly screams creepy, and the last teaser I watched was of a woman in a bird cage, and that was the only one that really excited me.

Yes, the teasers are probably interesting for people who don’t have the stomach for creepy.

I was disappointed by the teasers, but here’s the amazing thing about American Horror Story: the teasers are creepy enough to draw new watchers in, and while it may not completely captivate big horror fans, we already know the beautiful work the show is capable of. We can forgive you for Season 3 Ryan Murphy, because the other two seasons were wonderful. Quite a few familiar faces will be returning back to the show, including the beautiful Jessica Lange, everyone’s favorite leading lady. Rumor has it that this is her last season, and I have no doubt she will steal the show as she always does. She is just a badass in a black dress, and she rocks every role. 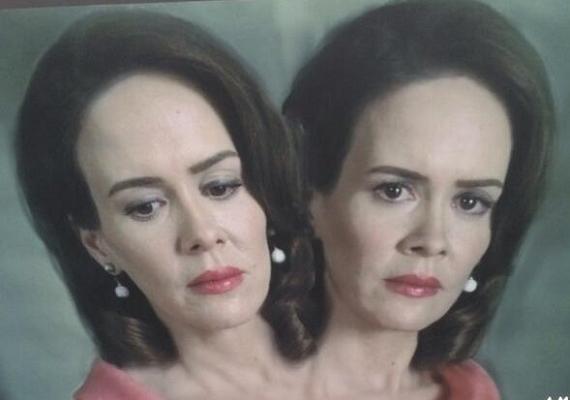 Another face I am excited to see return is Sarah Paulson, my personal favorite, and she’ll be playing a woman with two heads. While the teasers lacked the excitement to hold me over until the new season, the theme and cast ensure an amazing season. Despite what your opinion is about the teasers, I highly recommend you watch the show when it returns this October. 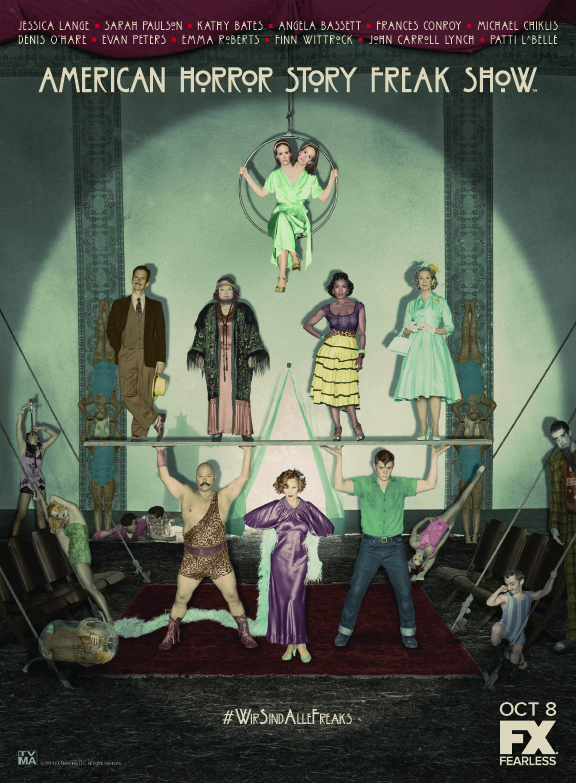