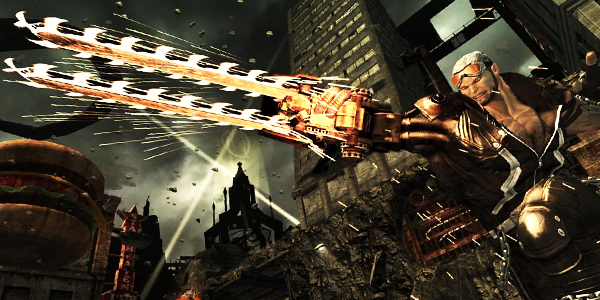 A spiritual successor to the cult hit MadWorld, Platinum Game’s Anarchy Reigns finally hits shelves domestically after being delayed for over six months.  Unfortunately, this much-anticipated title kicks off 2013 on a bit of a flat note, offering a bland multiplayer component and forgettable campaign mode.

Anarchy Reigns is essentially a third-person “beat-em-up” game set in a dystopian, post-apocalyptic future setting.  With standard and heavy attacks at your disposal, you’ll button-mash your way through countless enemies and plenty of one-on-one boss battles.  In addition to the familiar jump and grab/throw mechanics, you may also expend your “killer weapon” meter to pull out a large and highly damaging, character-specific weapon.  There is also a devastating charge-attack, executed by holding the “heavy” attack button down, which sends your character barreling forward at full force, or a 360-degre spin maneuver that can simply be triggered by tapping the standard and jump buttons together. 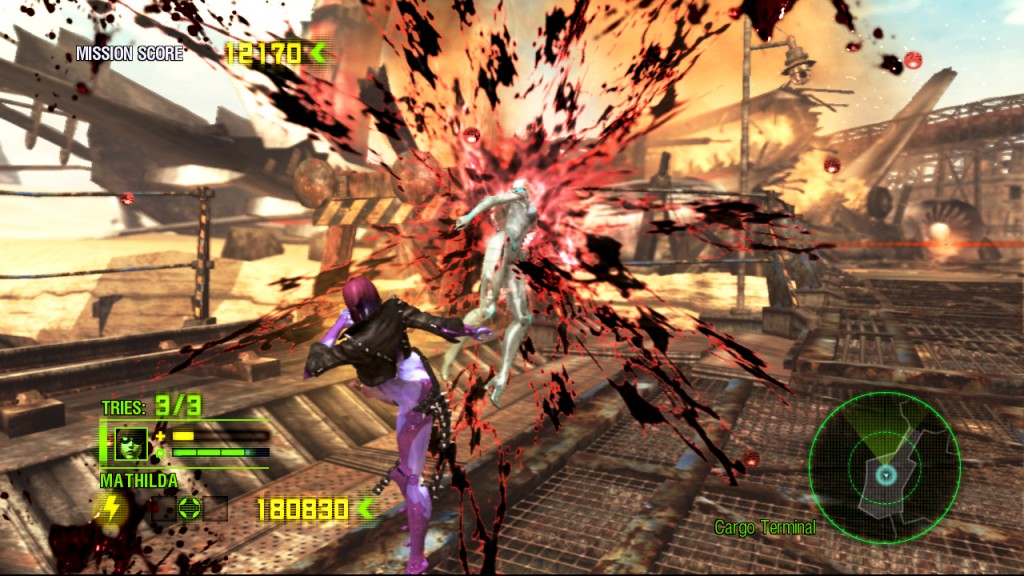 Similar to many open-level brawlers, like Dynasty Warriors for example, this title suffers common issues – muddy textures, recycled character designs, and repetitive, uninspired gameplay to name a few.  These issues are more unforgivable here however, for a few reasons.  For starters, the environments that players will find themselves dropped into seem far larger than they really are.  With the actual play-area being nothing more than a closed-off multi-level arena, the texture pop-in and generally bland looking settings stick out all that much more.  Many brawlers fill the screen with hundreds of characters at any given moment, which could justify the lack of visual flair elsewhere if players weren’t already so distracted with the constant on-screen action.  Not so here.  You’ll typically face off against a handful of carbon-copy baddies thrown at you in waves and, since few foes require any real strategy to defeat, it becomes an exercise in pounding away on buttons until the next wave of identical characters run into the arena.  The character models aren’t bad, mind you, but there are so few of them and so little variation between them that combat becomes stale rather quickly. 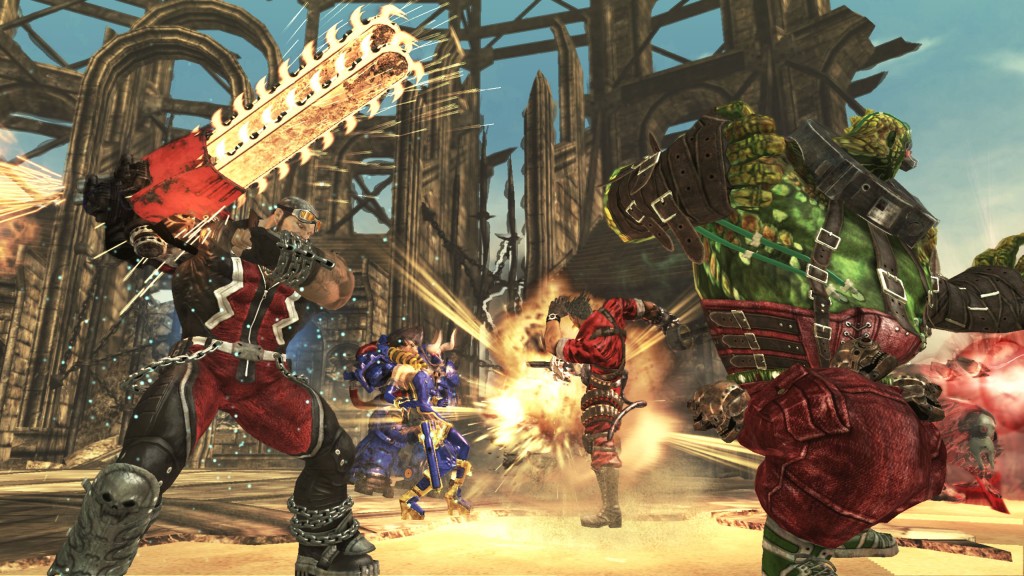 And while repetitive enemies are something we’ve all gotten used to, artificially inflating gameplay time by forcing players to backtrack through a mirror image of the campaign is something else.  Separated into a “Black Side” and a “White Side” you basically slog through the single-player portion of the game twice, controlling two different characters.  On the Black Side, Jack Cayman returns from MadWorld, wielding his signature “Gator Tooth” retractable double-chainsaw.  Newcomer Leo Victorion occupies the White Side and tears through enemies with his Positron Blades.  Each character is ultimately after the same goal (to locate a person of interest) but for different reasons and one’s respective campaign will retread the same areas as the other’s in the same order.  This will net you some achievements/trophies but the only real incentive is to unlock all sixteen characters for use in multiplayer.  At no point during the single-player portion did I feel like I was having a great time – the lackluster presentation and tired gameplay just didn’t make for a memorable experience.  Some of this may also be attributed to the awful soundtrack.  Well-placed audio cues and a great score can really enhance your enjoyment of a title, but the painfully generic hip-hop tunes in Anarchy Reigns do more to garner eye-rolls from the player than immerse them in the game world. 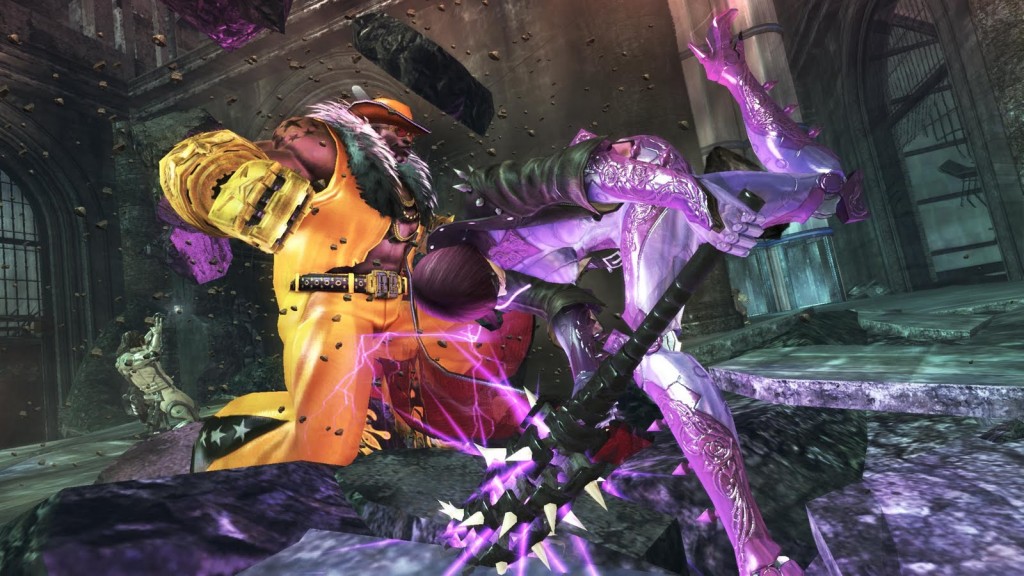 Diving into the multiplayer, I found it to be equally unremarkable.  Standard game modes are all present here from Deathmatch to Capture the Flag, along with variants of these modes masquerading as unique game types.  I was surprised to see a somewhat lacking online community presence, which is never a good sign for a new game, but quickly understood why upon giving it a go.  It’s simply not a lot of fun and presented in a bare-bones, monotonous fashion.  Environmental hazards added for some interesting moments but wonky combat controls and an uncooperative camera quickly put a damper on it.  This over-the-top, sixteen-player battle royale should be evoking fond memories of unreal tournament in its heyday, but instead falls flat. 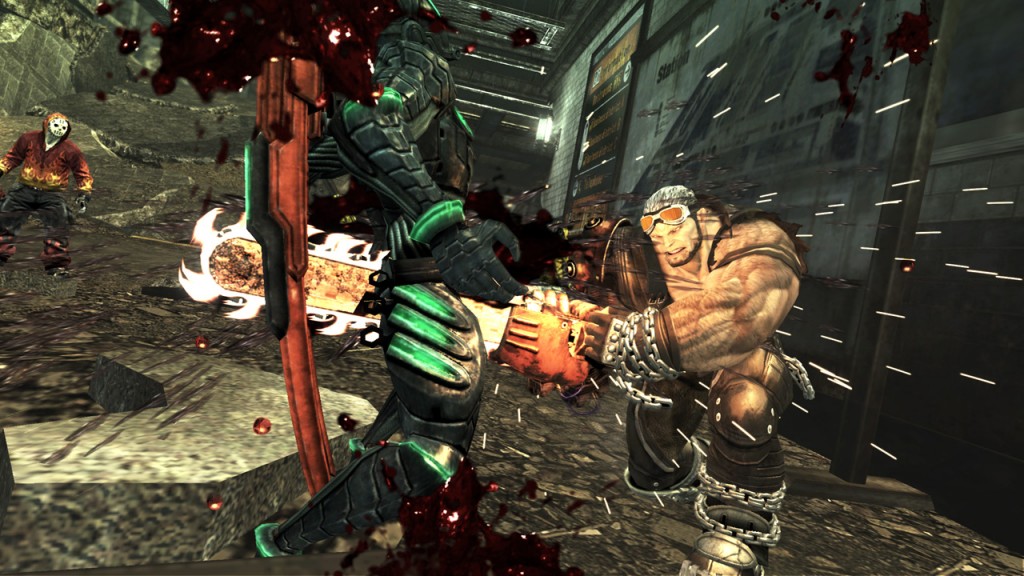 That said, this is a budget title and, at $30, it’s only half the cost of most new games.  The low cost certainly makes Anarchy Reign’s shortcomings easier to swallow, but still doesn’t make the game any more enjoyable.  It’s just surprising to see the Studio/publisher responsible for the 2009’s excellent Bayonetta and 2010’s well-polished shooter Vanquish churn out such a sub-par product.