It stands to reason Serkis will probably be playing a bad guy.

Supreme Leader Snoke.  That is the name of the new character to be played by Andy Serkis in Star Wars: The Force Awakens.  The reveal (and the image below) come from Annie Leibovitz, the photographer behind last month’s Vanity Fair Star Wars gallery, when she was interviewed by StarWars.com.

Serkis will, not at all surprisingly, play a CGI character in the film, as evidenced by his full-body Motion Capture suit in the photo.  And between the menacing scowl on his face and the sinister-sounding connotation of his title, it’s pretty safe to assume regardless of what he is, Snoke won’t be the nicest guy in this galaxy far, far away.

I think we’ll get our first look at the aliens in this movie at Comic Con this July, personally… but I can’t help but wish some characters would stay under wraps until their action figure debut as part of Force Friday in September.  Before The Phantom Menace hit theaters, discovering the range of new, weird and (at the time) intriguing characters– devoid of context and beholden to no background other than a brief bio on their cardbacks– was one of my few genuinely fond and most thrilling memories from that era, and I’d love to see Hasbro and Star Wars recapture that magic for The Force Awakens. 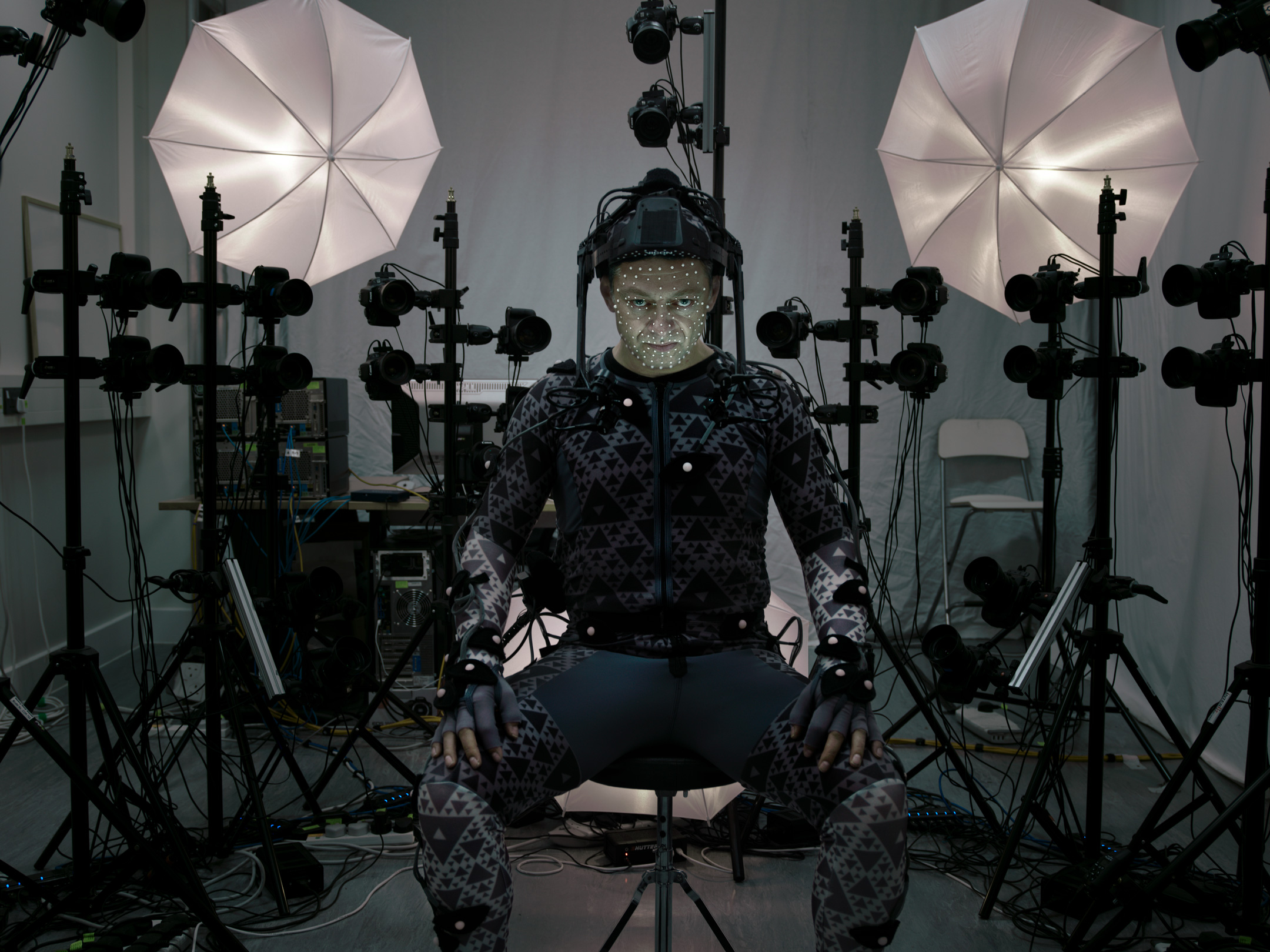