Angela Is Coming To Marvel Legends 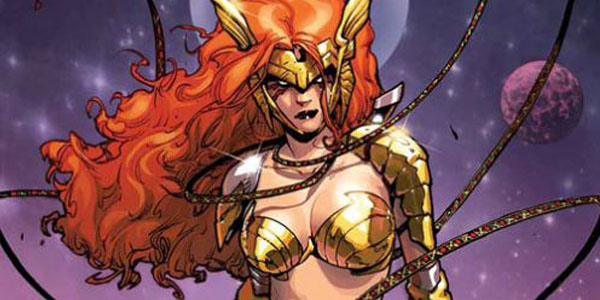 Hasbro reveals the winner of the 2015 Marvel Legends Fan Poll.

Back at Comic-Con, Hasbro ran a Fan Poll to select a future Marvel character to join the Legends collection.  The original spread of potential figures was pared down to four finalists– Angela, Darkhawk, Mysterio, and Symbiote Spider-Man– and an online vote determined the winner among this foursome… Angela!

As much as I wanted to see Darkhawk finally get his spot in Marvel Legends, it’s hard to be anything but happy about Angela.  She’s a character with an interesting trajectory, behind the scenes, starting as a character in Spawn, co-created by Todd McFarlane and Neil Gaiman.  After a nasty falling out and legal battle, Gaiman won custody of the character and sold her to Marvel, who rolled her into their universe quite seamlessly.

Since then, Angela has been a major player in Marvel’s cosmic universe, as well as Asgard, so it stands to reason we could very well see her pop up in a wave of Legends based on Thor: Ragnarok or Guardians of the Galaxy Volume 2.

If you were pulling for one of the other finalists, not all hope is lost.  Symbiote Spidey is such a simple repaint, I can’t imagine Hasbro not releasing him eventually.  Darkhawk may be more of an outlier, but the Marvel team is well aware at how many of us have been asking for him for a long time.  Even in this poll, his numbers were super close to the winner, garnering 26% of the vote to Angela’s 28%.  At this point, it’s almost a running joke that Darkhawk keeps getting bumped from the Legends roster, but with that show of support, I think Hasbro may finally throw us a bone and release him, too.

What do you think– are you looking forward to Marvel Legends Angela?  And would you be more excited if Hasbro announced they were going forward with Darkhawk, too?  Share your thoughts in the comments below!