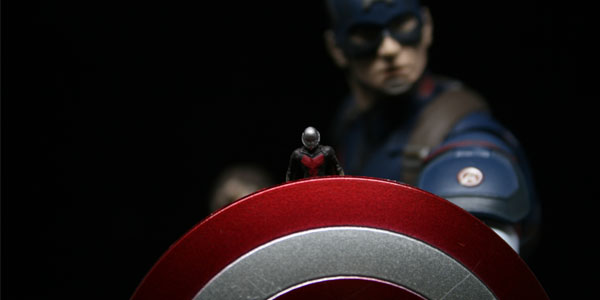 Ant-Man is the latest of heroes to join the an already impressive collection of action figures from the S.H. Figuarts brand.

Recruited by Captain America in the movie Scott Lang becomes star struck as he is fighting among some of his greatest heroes.  In the movie his action scenes were uncanny as we got a glimpse of Giant Man for the first time on the silver screen. S.H. Figuarts pulled no stops on the detail of this action figure to help recreate some of those poses as we saw in both Ant-Man and Civil War. 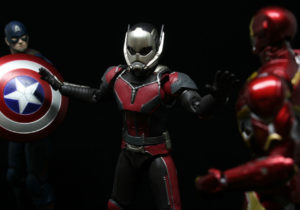 Let us start by talking about what everyone on the web seemed to complain about the most on this figure. When this item arrived the one complaint was the lack of accessories. Most Figuarts come with a wide variety of hands to create poses and human like gestures. This figure only came with one set of open hands to accompany the already attached close fists that were already on the figure. Also there was no extra head sculpt to show Scott Lang’s likeness with the mask open or off. Now we know not every figure gets the extra head or face plate but it would have been nice on this figure given the price point. We did get a 1/4″ sized Ant-Man figure packed in which is cool in itself.

The sculpt, paint, and articulation on this figure is amazing as always. I found myself having more fun with this figure given the poses I remember from the Ant-Man movie as well as the airport battle in Civil War. The paint application to the mask is bar none some of the best detail yet on a mask that I have seen. Even the box art was nice even though it was a tad smaller package than Cap and Iron Man.

Would it have been nice to get a few hands holding the throwing discs, of course, but all in all this figure is fun and a most welcomed addition to the collection.

JQ gives this figure a 7.5/10 due to the lack of accessories  that we have all come to expect from a S.H. Figuart product. 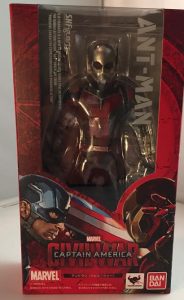 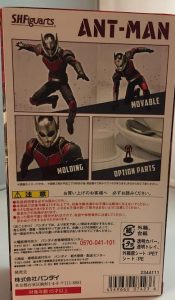 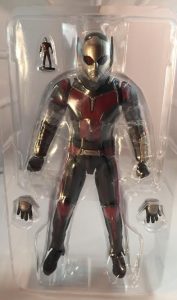 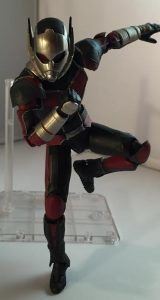 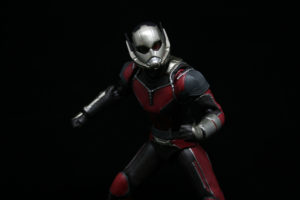 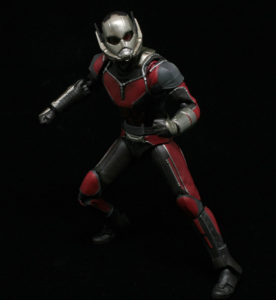 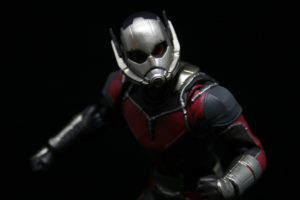 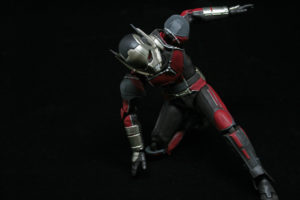 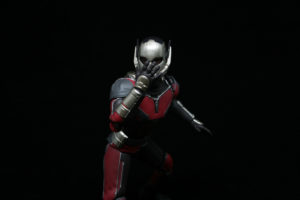 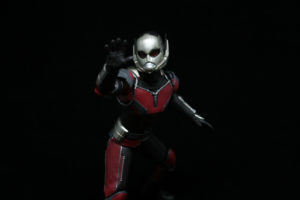 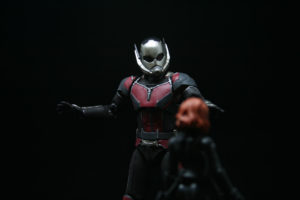 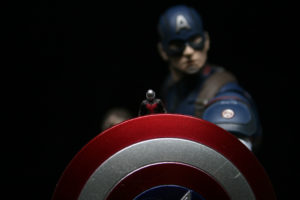 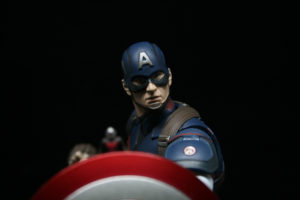 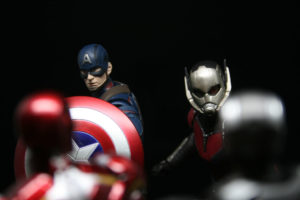 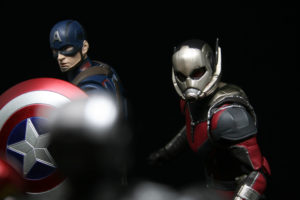 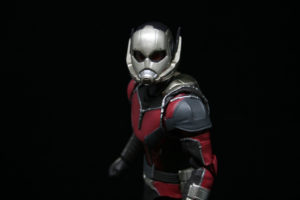 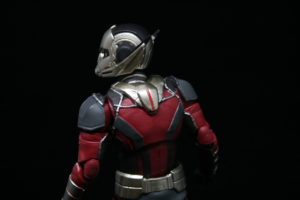 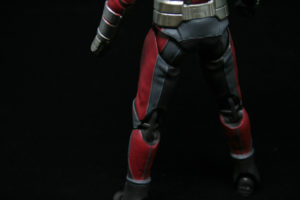 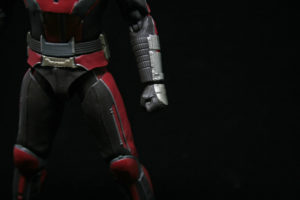 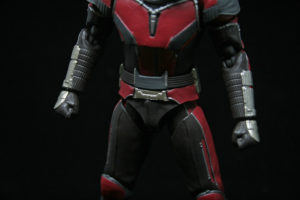 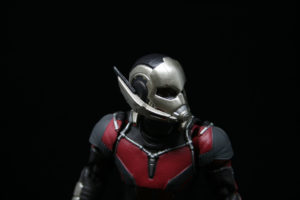 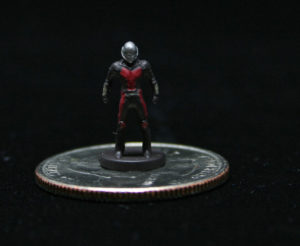 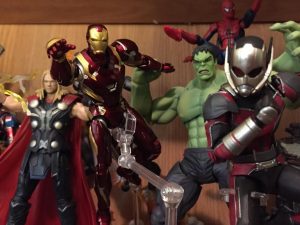