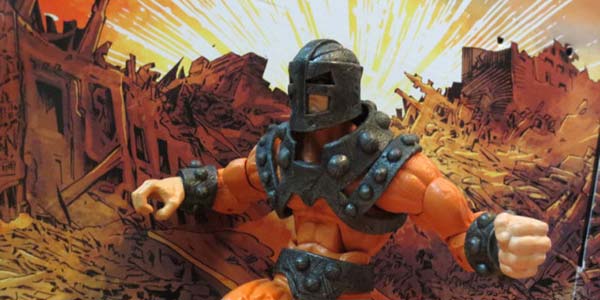 At long last, the Wrecking Crew is complete!

We’ve had three of the four members of the Wrecking Crew in Hasbro’s Marvel Legends for a few years now, but the missing member, Bulldozer, is finally seeing the light in the Ant-Man Legends wave.  It’s been a long time coming, but this big, bad bruiser was well worth the wait.  He’s the best figure of the foursome, for sure, and I couldn’t be happier Hasbro stuck to their guns and found a way to release this guy.

Like the rest of the Crew, Bulldozer was built on the Warpath buck, the biggest non-Hulk body type we’ve seen in the Legends line.  I know this sculpt isn’t everyone’s cup of tea, but for me the weird proportions, exaggerated mass and hyper-defined musculature works for the ‘roid rage nature of the Wrecking Crew.  Bulldozer actually uses this body even better than his teammates, as his armor overlays hide some of the weaker points of the body, including the think ankles and comparatively small chest.

The new sculpting here is wonderful, with wrist and ankle bands, a belt, chest harness and helmet all covered in studs, sporting a beautiful cast iron texture.  The detail on these parts is amazing, and it gets accentuated by a realistic black wash that adds a lived-in finish to the figure’s costume.  The head sculpt is great, too, with Bulldozer’s eyes peering out from black, shadowy eye holes, while his scowling grimace is just barely visible behind the iron mouth guard of his helmet.  The helmet and armor are both covered in chips, scratches and dents, which help convey the rough and tumble nature of this villain perfectly.

What I love most about the Marvel Legends Wrecking Crew is the same thing that has driven some collectors batty.  Rather than pick one single look, these figure blend many of the costume variations these guys have seen over the years into one distinct style.  This means that while they’re not 100% accurate to a particular comic book appearance, they establish their own toy-based visual continuity.  It’s something we saw a lot of back in the Toy Biz heyday of Marvel Legends, and it makes the Wrecking Crew feel like a throwback to that era.  Me, personally? I love that.

Not only does Bulldozer finish this eagerly-anticipated team, he also includes another piece of the Build-A-Figure Ultron Prime.  Come back soon as we continue our featured look at Hasbro’s Ant-Man Legends, including the Age of Ultron villain! 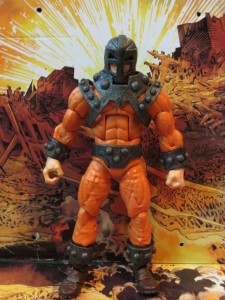 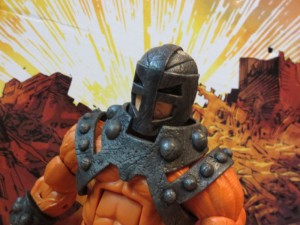 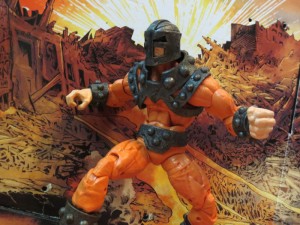 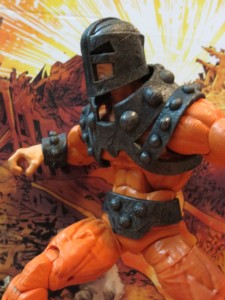 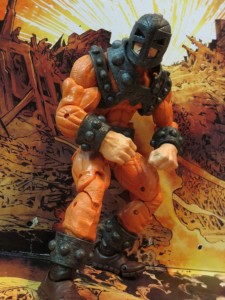 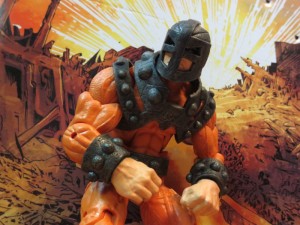 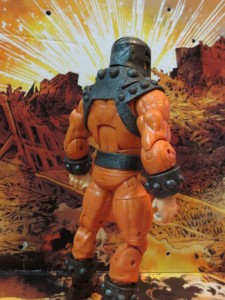 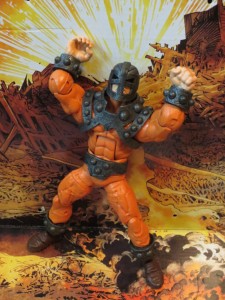 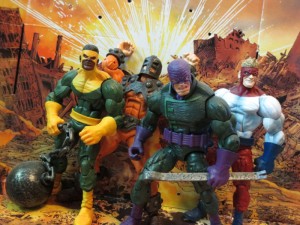 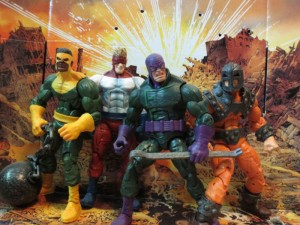 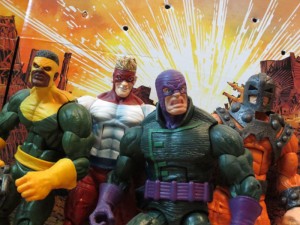