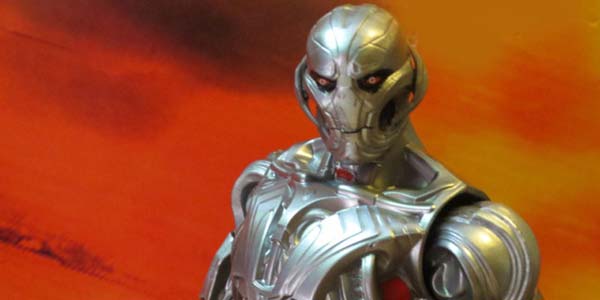 The main villain of the cinematic Avengers’ latest mission makes for an awesome addition to the Marvel Legends lineup.

In hindsight, Avengers Age of Ultron was certainly not the strongest movie in the history of Marvel Studios, but one thing it did have going for it was a great new villain in James Spader’s Ultron.  The AI gone amok was a great nemesis for our heroes, and now he gets his place in Hasbro’s Marvel Legends, as the Build-A-Figure of the Ant-Man series.

The all new sculpt of this figure is outstanding, capturing the sleek, streamlined detailing of Ultron’s final form from the movie.  And this guy is massive!  Ultron clocks in at just about 8″ tall, making him perfectly in scale with the movie Avengers figures.  He towers over even the Hulk, establishing a sense of physical presence and otherworldliness that suits the character perfectly.  As we saw in the movie, there are parallels between Ultron’s design and Tony Stark’s armor suits, but the villain manages to also retain his own unique aesthetic.

Hasbro’s toy perfectly captures Ultron’s portrait, paying attention to every detail from the speakers embedded in his cheeks, to the horn-like pauldrons on the sides of his head, to the piercing red eyes laid deep inside his black eye sockets. The sculpt manages to capture both Ultron’s cold, calculated nature and his deep-seeded anger, giving the figure lots of personality perfectly fitted to the character.

When production images first surfaced online, many people were disappointed by the seeming plainness of Ultron as a figure.  I joined the ranks wishing he featured a dark wash to bring out the details in the sculpt, but I was wrong.  What those early pictures did not show was the bright silver wash on the figure, which pops incredibly well in person.  Ultron is cast in grey plastic with the silver layer on top, which gives him a really cool overall effect of shiny paint that also tends to reflect light very well, perfectly capturing the CGI character’s on screen appearance.  This was a very smart design choice, with the end result so much more unique and visually interesting than a simple black wash would have been. 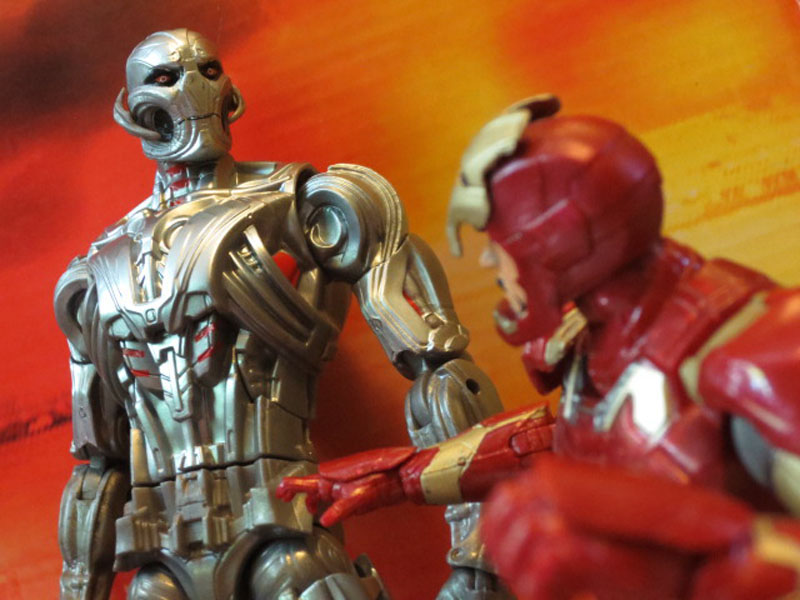 Ultron is fully articulated, and for the most part, it works.  His neck is great, allowing Ultron to drop his chin for an intense stare, or cock his head back and to the side in the arrogant pose he struck many times in the film.  The arms are articulated with ball shoulders, double elbows and articulated wrists.  He also sports an ab crunch that’s incredibly effective, offering three ratchets for lurching forward, rearing back or standing upright.

The lower body is where things get a little less impressive.  The double knees and rocker ankles are good, but the design of the hips offers very little motion.  Hasbro opted for the barbell approach to the hip joints, and it’s the wrong choice here, as the fulcrum of the articulation  is set too low.  The sculpted pieces of the pelvis get in the way of forward motion, while the low-set hip joint doesn’t allow the figure to spread his legs apart, either.  A 45 degree ball joint would have been much more effective, in that it would have at least opened up forward mobility in a big way, allowing Ultron to do more than just stand there or walk, which is about all he can manage as of now.

Aside from the poor design of the hip joints, Ultron is a big winner.  The sculpt is top notch, one of the most screen accurate figures we’ve ever seen in Hasbro’s Marvel collection.  He’s got the perfect sense of scale and sculpted personality to make him feel like a legitimately imposing threat for your plastic Avengers, and his overall size makes him a big, bulky and fun toy to pose and play around with.  The paint work is exceptional, creating new visual effects I never would have considered, and overall Ultron is absolutely one of the best Marvel cinematic action figures we’ve seen from Hasbro.

Ant-Man Legends was an incredibly strong lineup, and Ultron makes the perfect Build-A-Figure to top it off.  Hasbro’s work with the Marvel IP in this scale continues to impress, as they push the envelope in terms of character selection, sculpts, detail and fun.  I couldn’t be more impressed with their latest offering, and I can’t wait to see what other surprises they have in store for us at Comic Con this summer. 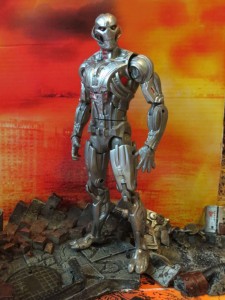 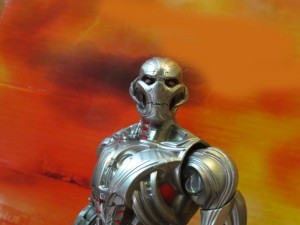 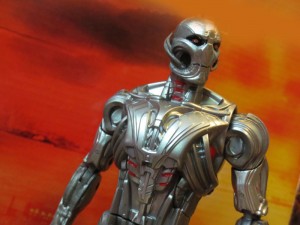 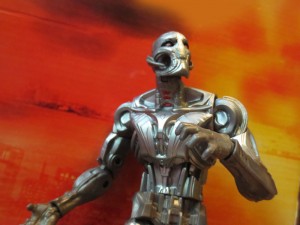 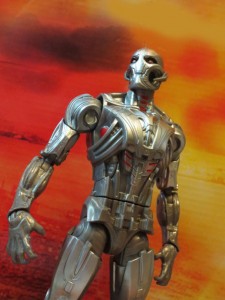 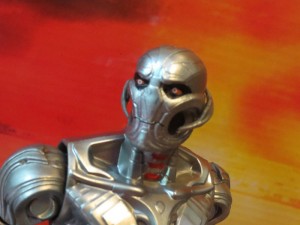 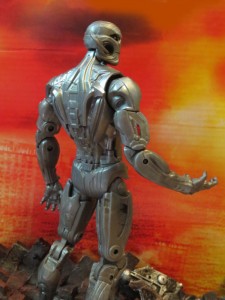 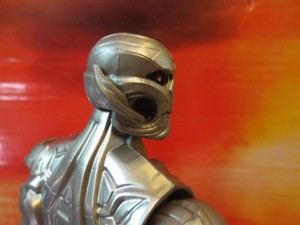 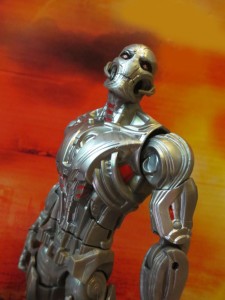 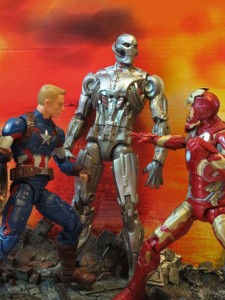 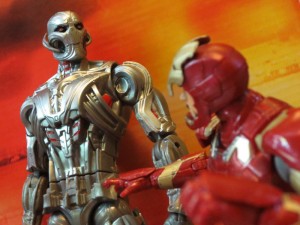 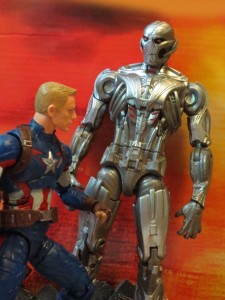 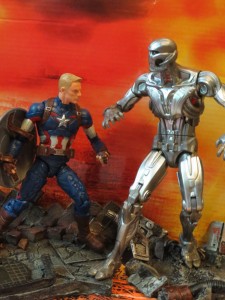 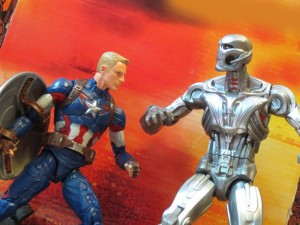 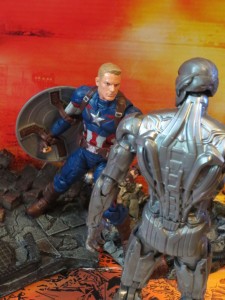 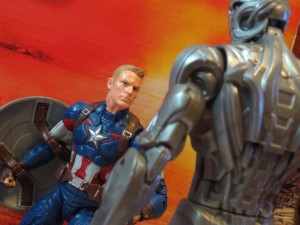 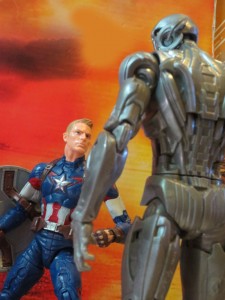 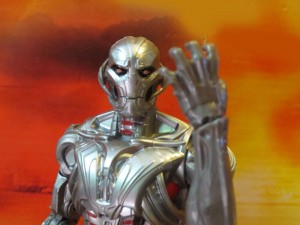 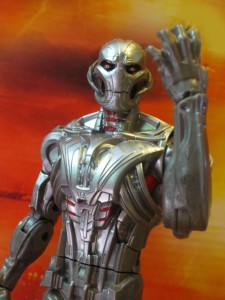 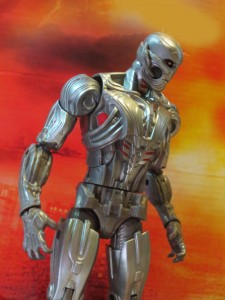 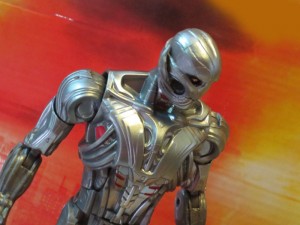 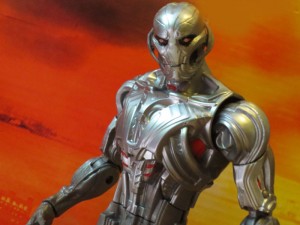 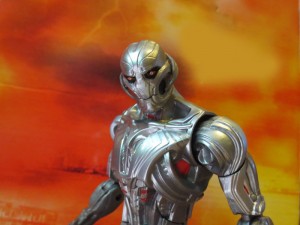 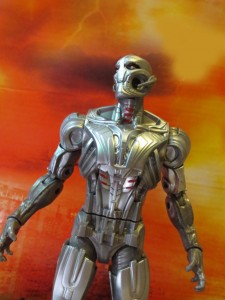 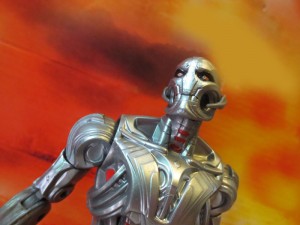 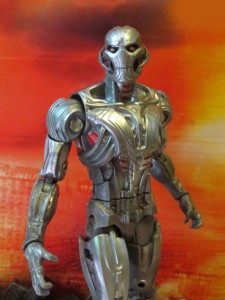 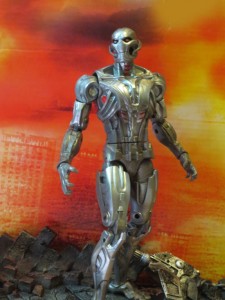