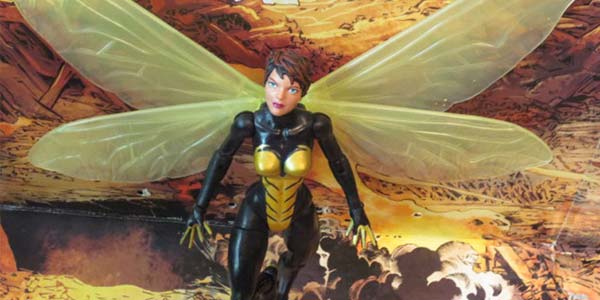 The high-flying Avenger gets a well deserved update as part of Hasbro’s Ant-Man Legends series.

As a long-time core member of The Avengers, The Wasp certainly earns her place in the Marvel Legends collection.  We saw Toy Biz include the hero years ago, and for its time her figure was really good.  But times have changed and Hasbro has since stepped up their Marvel Legends game, so it was time for Janet Van Dyne to get an action figure reboot.

The new Wasp figure is awesome, making smart reuse of the Storm/ Medusa body and presenting the hero in her most iconic costume, the black bodysuit with the insect-like patterning on the torso.  The simple two-tone pattern of the outfit is well done, with the chest design tampo presenting crisp and clear, in a cool gold finish that offsets the black costume nicely.

Janet gets an all new portrait, complete with a confident smile and her typical pixie cut hairdo, and it’s another great sculpt perfectly executed by Hasbro’s design team.  The big thing that makes Wasp unique, of course, are her wings, which are also incredibly well rendered.  Cast in translucent yellow plastic, the wings have a great sense of scale, and a different construction than we’ve seen in the past.  The top wings feature a hinged peg which plug into two holes on Janet’s back, allowing for a huge range of motion and posing options.  The second set of wings actually plug into the primary wings themselves, offering even more variety in terms of positioning, while minimizing the interruption in the figural sculpt.

I always liked Toy Biz’s Wasp figure, but even as a fan it’s impossible to deny the new update blows that figure out of the water.  Like the rest of the Ant-Man Legends, Wasp includes a Build-A-Figure piece to construct Ultron Prime, as he appeared in the Age of Ultron movie.  We’re making our way to the Avengers’ nemesis later this week, so be sure to check back as we continue to feature reviews of the Ant-Man Legends all this week. 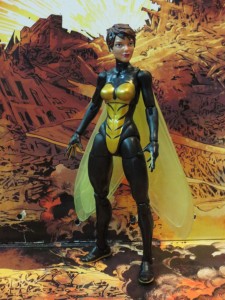 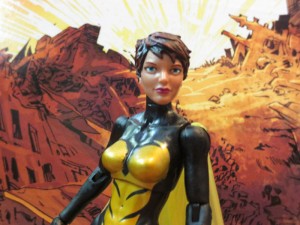 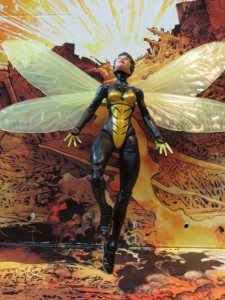 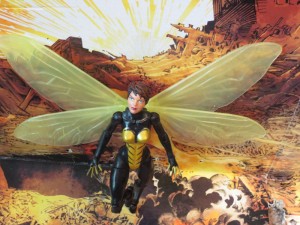 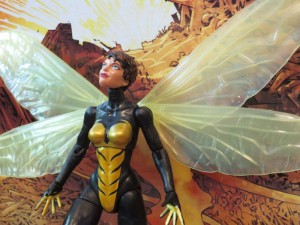 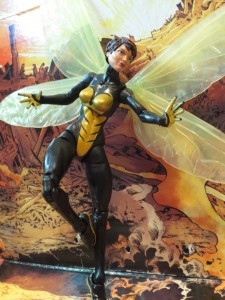 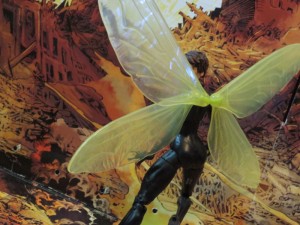 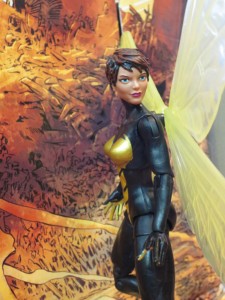 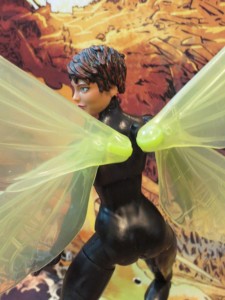 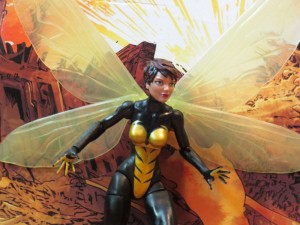 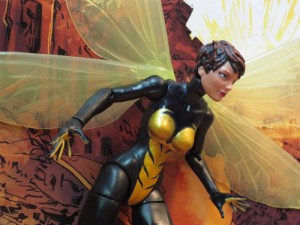 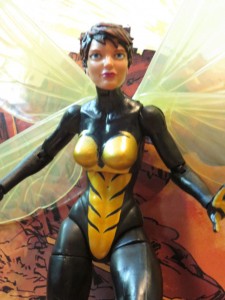 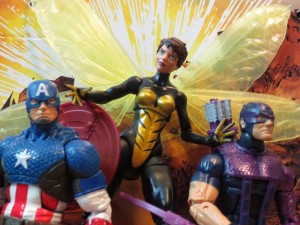 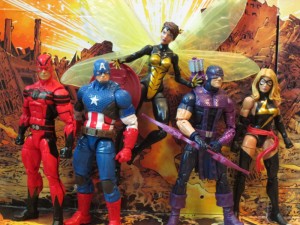