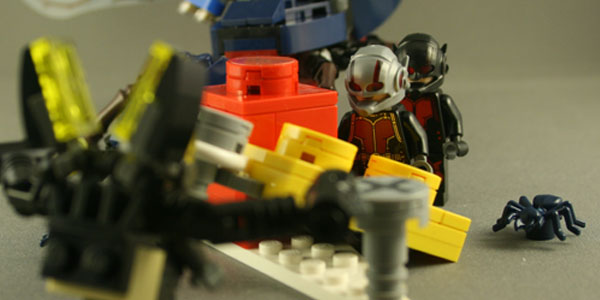 The only set from the second Marvel movie of the year is a perfect addition to the world of the Avengers.

The set consists two builds and three minifigures, only costing $20 if you avoid Toys R Us.

The environment build is made up of bricks to recreate the look of real LEGO bricks, and make the minifigure look tiny. Included with the build are the real size bricks, allowing for a scaled play depending on what size Ant-man you want to have. There is also an action feature that lets you launch LEGO screws at you enemy.

The second build is Ant-hony, Ant-man favorite ant in the film. The build is simple but looks good  with the figures. To really be accurate he should have been black, but the blue helps Ant-Man to stand out when riding the his pet.

The minifigures are well done and on model with the film, mostly. Yellowjacket has his back pack with firing 1×1 pieces. The detail work on the helmet adds to the overall look of the figure with a translucent face plate. The two Ant-Man figures are almost the same with slight color variations on the costumes, with the older having a more black suit. In the film the helmet is covers the character’s face completely, but with these the mouth areas are left open. It was clearly to allow you to see the smirks and expressions, but it should have been more accurate to the film. In the film it also appeared that the Hank Pym’s Ant-Man suit was the same as Lang’s so not sure why they went with such a different version, other then to tell them apart. The other thing that is missing is hair for each of the characters, without the helmets they are all bald. Many collectors have a spare hair piece lying around, but would it break the bank for LEGO to include them with the figures?

Overall this is a solid set for the price. It adds to the world of Marvel, without a high price. And who can resist the large blocks making them look like really mini minifigures. 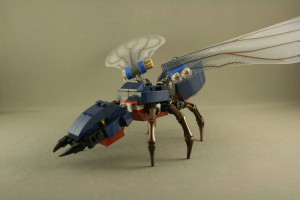 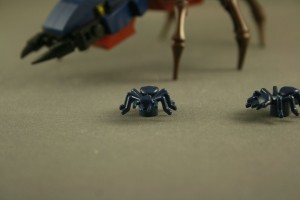 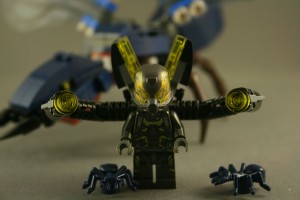 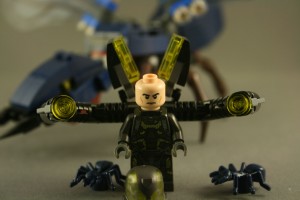 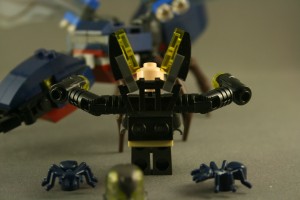 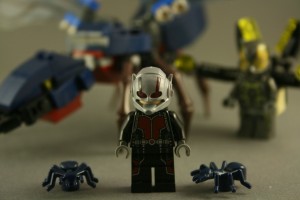 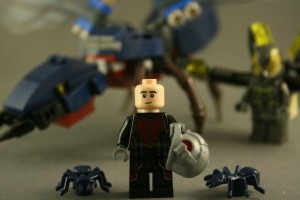 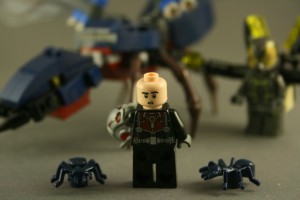 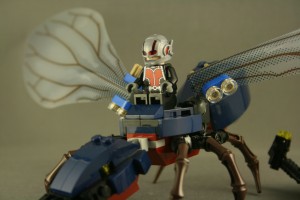 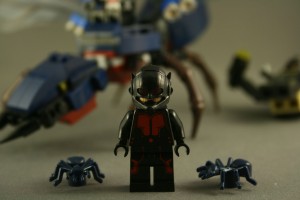 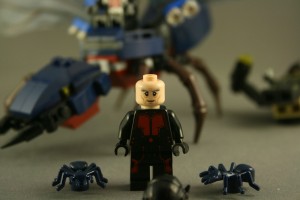 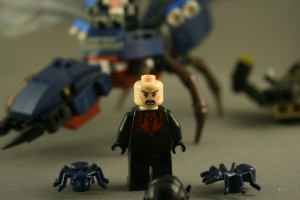 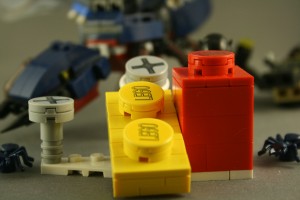 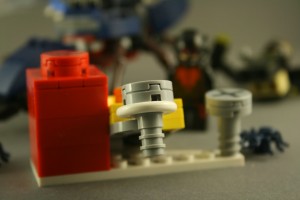 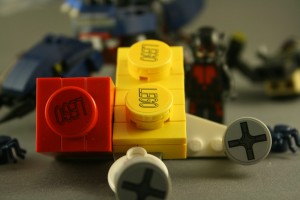 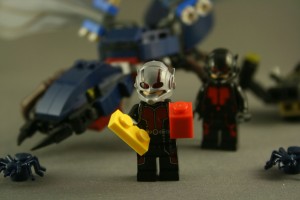 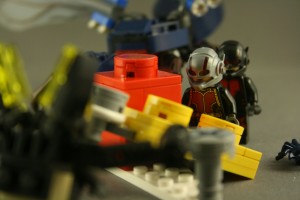 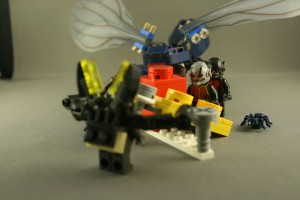