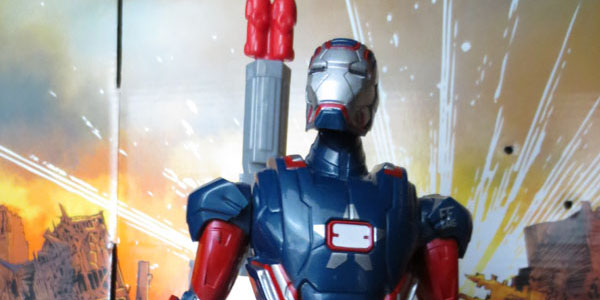 The Arc Strike Iron Man series was among the first toys to hit shelves for the new series, and much like their smaller counterparts in Assemblers, feature some surprisingly good sculpts with lots of movie-accurate detail.  Granted, this Iron Patriot doesn’t have the same level of immaculate detail and masterful paint apps like the recent Legends 6″ version, but for a kid-based toy, Arc Strike Patriot looks pretty great. 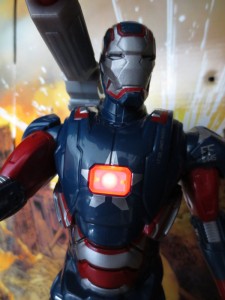 The action feature is based on the Arc reactor/ chest button of the figure– press this button and it lights up (glowing either red or white) and the figure speaks one of about eight phrases or sound effects.  The other way to trigger the sound effects is raising Rhodey’s right arm, which triggers his shoulder cannon to drop down and a rather extended machine gun audio clip to play.

The speaker built into Patriot’s torso is nice and crisp, so the sounds work great, and the slats of the speaker mesh well with the segments of Partiot’s armor, masking them so as not to disrupt the sculpt.  I was a little bummed to hear the voice doesn’t sound anything like Don Cheadle, but I guess it makes sense… who knows how much it would cost to license his voice for this figure.

The action features are fun to play with– and I’m sure kids will adore them– and aside from the right arm they do nothing to impact articulation, which is decent.  Patriot gets a great ball joint head, cut shoulders and hips, swivel wrists and hinged knees.  The size and articulation pattern reminds me very much of the old Toy Biz two-ups they sold at KB Toys, so that was a nice throwback for me.  Had the Arc Strike figures been available back then, I would have dropped that 10″ Cosmic Spider-Man in a heart beat for one of these guys.

It always feels a bit strange reviewing a toy clearly meant for kids instead of collectors.  Since I’m clearly not the demographic, I try not to be too harsh on things.  That being said, I was very impressed by how cool the Arc Strike figure is.  The sculpt and details (including Rhodes’ name stamp on the chest) are remarkably solid, the action features are fun and he’s nice and durable, making him perfect to play around with.  Arc Strike Iron Patriot transported me back to my own earlier days of toy collecting, and a kid-friendly toy like this is sure to inspire a new generation of young fans  to start building collections of their own. 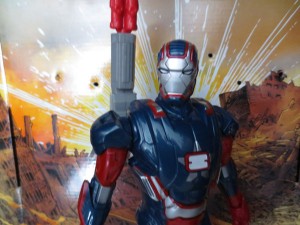 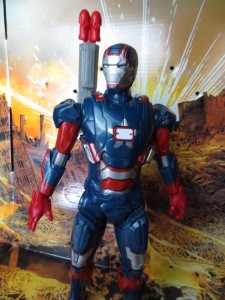 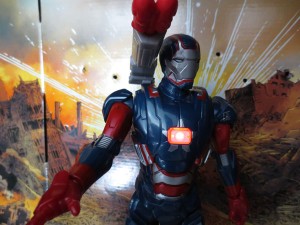 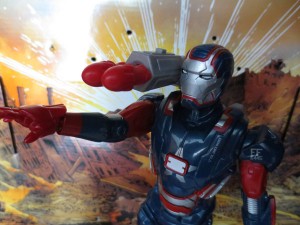 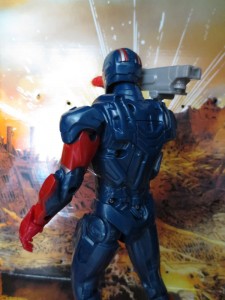 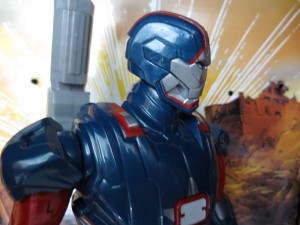 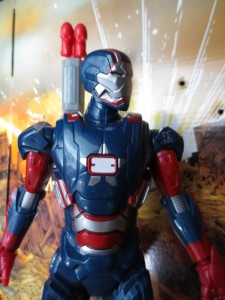 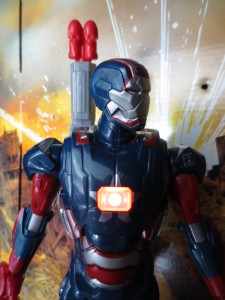 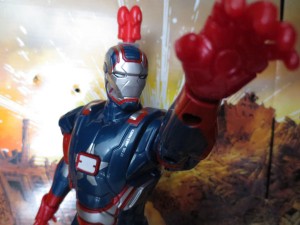 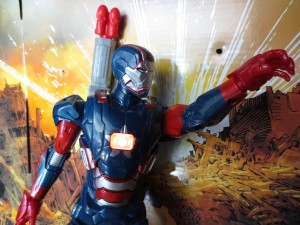 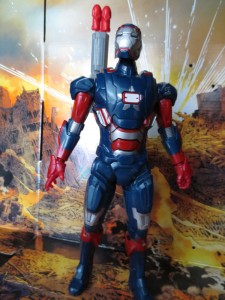 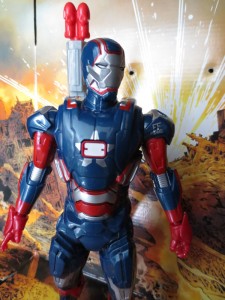 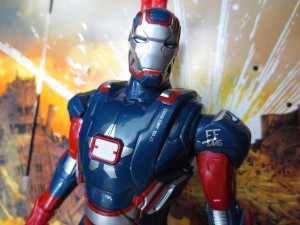