Archaia, an award-winning imprint of BOOM! Studios, and The Jim Henson Company, an established leader in family entertainment for over 50 years, are pleased to announce the third and final installment in the exciting prequel to The Dark Crystal film, Jim Henson’s The Dark Crystal: Creation Myths Vol. 3, from writer Matthew Dow Smith (Jim Henson’s The Storyteller: Witches) and returning artist Alex Sheikman.

This beautiful hardcover also features behind-the-scenes photos and concept sketches from The Jim Henson Company Archives documenting how the puppet design of one creature that never made it into the film was adapted and brought to life on the comic page.

“Archaia has had the joy of working with The Jim Henson Company for many years now, and revealing the prequel to The Dark Crystal has been a great honor,” said BOOM! Studios President of Publishing & Marketing Filip Sablik. “The world of The Dark Crystal is incredibly rich and detailed, and being able to dive into the history and lore of the Skeksis and Gelfling has been amazing. We’re very excited for readers to see how it all ends—and how it all begins.”

Archaia’s Jim Henson’s The Dark Crystal: Creation Myths Vol. 3 hardcover arrives in comic shops on September 2nd and in bookstores September 8th with a cover price of $24.99 under Diamond code JUL151086. The cover is illustrated by legendary conceptual artist Brian Froud.
The Final Order Cutoff deadline for retailers is August 10th. Not sure where to find your nearest comic retailer? Use comicshoplocator.com or findacomicshop.com to find one! It’s also available for order directly from boom-studios.com. 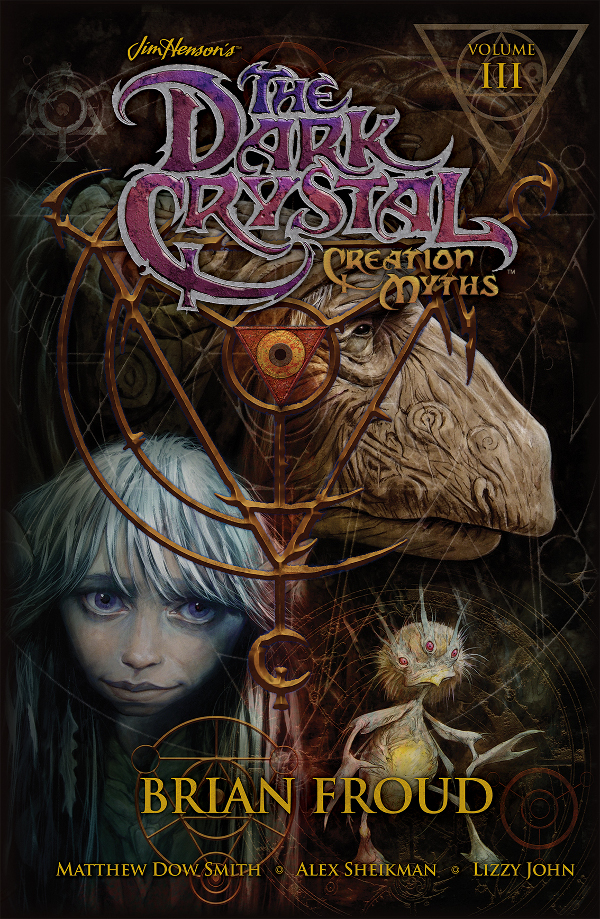