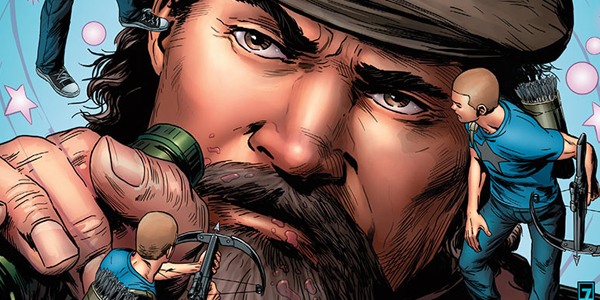 Archer & Armstrong’s sophomore issue, hitting shelves Wednesday, September 5th, follows one of the best debuts of the year and is absolutely not to be missed.

Frankly, I love the hell out of this book.  Packed with biting satire and plenty of absurdist humor, it’s impossible to resist getting sucked into Archer & Armstrong’s larger-than-life story.  Ten-thousand years ago, Armstrong (an immortal then known as Aram) witnessed a cataclysmic event when one of his brothers tried to activate a mysterious device called The Boon.  Now, sinister secret societies who covet The Boon’s mythic power look to reassemble the device by collecting its various components which Armstrong has hidden and protected throughout history.  One secret organization, The Sect, dispatched their prized student Obadiah Archer, a sheltered young man born with the ability to mimic any physical skill or fighting style he’s seen, to hunt down and assassinate Armstrong to prevent his interference in their plans.  Archer’s discovery of The Sect’s true intentions leads us into this issue and his inevitable team-up with his hedonistic counterpart.

Fred Van Lente’s writing is just spot-on here.  In addition to the hilarious quips interspersed with jarring action sequences, Van Lente gets what makes the “buddy” genre work.  In the midst of dealing with demon-worshipping Wall Street moguls, warrior nuns, and booby-trapped renaissance art, the duo (whose personalities couldn’t be more different) maintain a charming chemistry that keeps the book’s tone decidedly light-hearted.  It’s an adventure of “Raiders of the Lost Ark” proportions, but with Indy replaced by Laurel & Hardy… if Laurel was the world’s greatest martial artist and Hardy was an immortal, drunken, one-man wrecking ball… the point is, it’s awesome and you’ll dig it.

The icing on the cake is, of course, Clayton Henry’s fantastic artwork.  While it’s in no way simplistic, the visuals never feel too busy, giving each page and panel a very clean, appealing aesthetic with well-balanced composition.  The expressive facial detail and great sense of movement that Henry conveys in his work really bring the dialogue and action to life.  With a book built on such a fun and inventive foundation, the sky is the limit.  Pick it up and you’ll be glad you did. 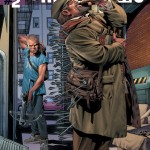 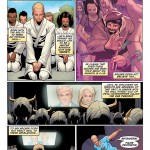 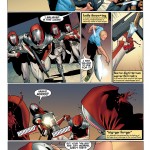 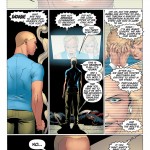 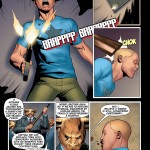