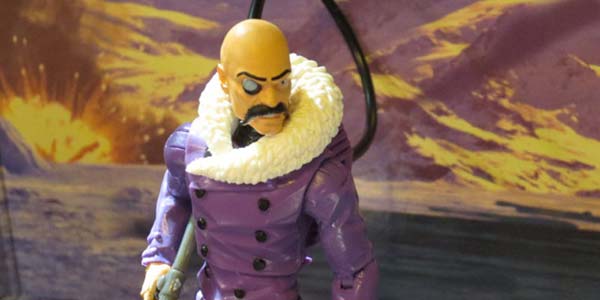 Like many GI Joe collectors following the announcements of the GI Joe Collector’s Club, I was disappointed when the 2015 exclusive Membership figure was revealed to be a variant of Dr. Mindbender.  Not only did Mindbender buck the trend of releasing fan-desired Real American Hero characters– often great ones like Footloose or Cross Country– but he did so for the sake of a variant character we’ve already seen a few times in the Modern Era.  How lame!

By happenstance, my GI Joe Club membership renewed before I could let it lapse in protest of the poor figure choice, and so I’m in for another year… and just received the dreaded Mindbender variant in the mail.  And you know what?  He’s actually pretty damn great.

The new Dr. Mindbender is featured in his arctic uniform, which consists of a purple fur-lined peacoat to match his equally purple pants.  Mindbender looks ridiculous, of course, but it’s a fresh look for the villain and he matches his snowy appearance from the GI Joe movie quite nicely.

Mindbender reuses the Renegades Cobra Commander body, which is almost stylized in how skinny it is, but bigger, beefier legs underneath the coat help give Mindbender a heft the cartoony Commander never had, while also making his long arms seem more proportional.  The fur trim of the coat is new, as is the lower tunic, which looks good (although it’s firm enough to greatly restrict the leg articulation).

What impressed me the most about this figure was the all new headsculpt.  I had assumed the Club would simply reuse the decent enough 25th Anniversary Mindbender’s head, but this portrait is all new, and vastly improved.  The sweep of the mustache and the depth established in the sculpt of the monocle make this the best looking Dr. Mindbender I’ve ever seen.

Cobra’s resident mad scientist includes his classic dental tool-turned-brainwashing gun with a purple backpack to match his costume, as well as a pistol and a pretty cool Cobra-stamped laptop.  Like other arctic figures, Mindbender features a white stand, which is a nice nod to the theme.

The limited articulation keeps Dr. Mindbender from being perfect, but overall he’s a very well done figure and serves as an unexpectedly welcome addition to Cobra’s arctic forces.  Do I think this Mindbender is essential to every modern GI Joe collection?  No.  But he’s a neat enough concept executed near perfectly.  While my preference will always be for unique and new characters who have not yet joined the Modern Era, a variant as good as this Mindbender seems like another very viable direction for the Joe Club to move in as they go forward. 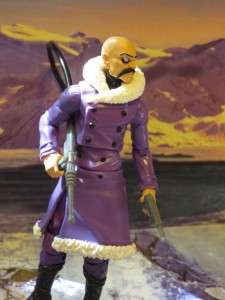 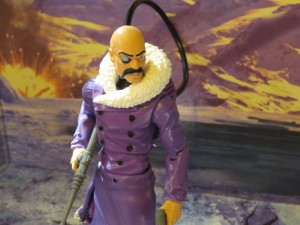 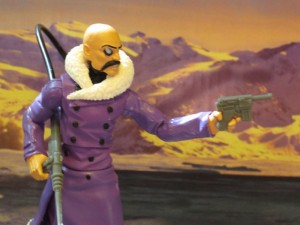 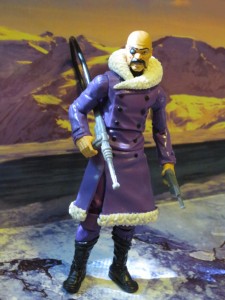 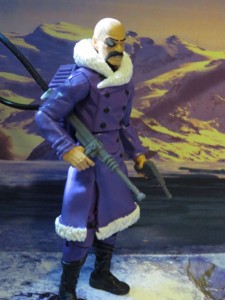 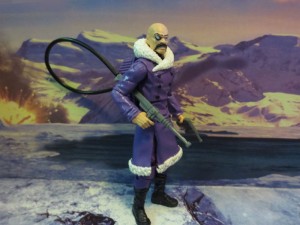 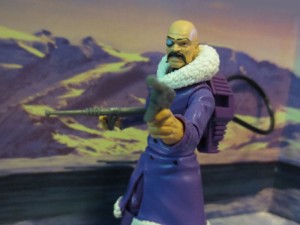 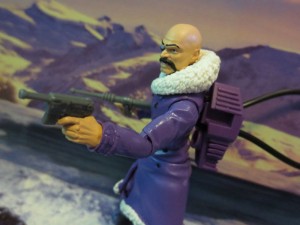 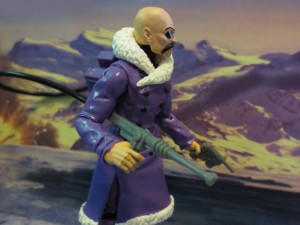 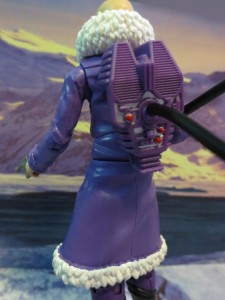 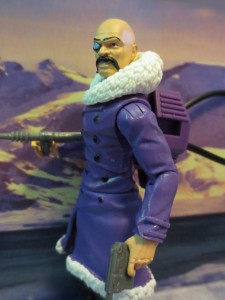 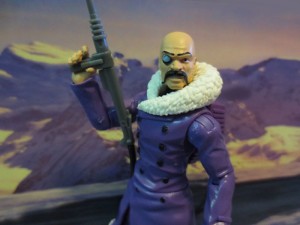