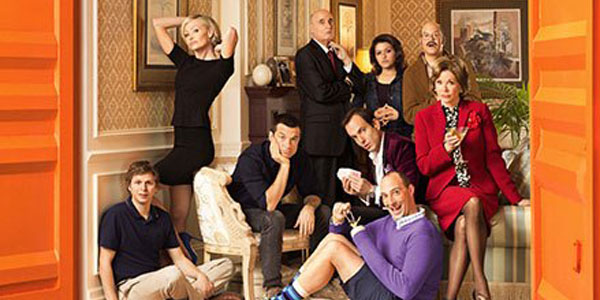 According to one of the higher ups at Netflix.

It’s been over a year since the fourth season of Arrested Development hit Netflix, but after some initial hints that the show would again be renewed–in either series or movie form– it’s been mostly radio silence when it comes to the next chapter in the saga of the Bluth family.

Now, we have some word, as Netflix chief content officer Ted Sarandos told USA Today this week that it’s less a case of IF Arrested Season Five will happen, but WHEN… They want to get the timing right to get the very busy cast more fully assembled for the next season, rather than repeat the largely solo character format of Season Four.

“It’s just a matter of when,” he says, adding that sorting out actors’ schedules is a concern: It was “a fair criticism” of last year’s revival of the cult comedy “that the cast didn’t appear on screen often enough together.”

An Arrested Development devotee like me will take any sign of more episodes as exciting news, but it’s especially cool after Season Four (mostly) proved the naysayers wrong.  Yes, there were a few episodes that felt more like connective tissue than their own story, but some of the new eps also ranked among the funniest, sharpest and best of the overall series.  I think it’s safe to say that, even with a more free form concept, limited actor interaction and a new darker tone, Season Four proved the Arrested crew did not lose their magic in the ten years they were gone.