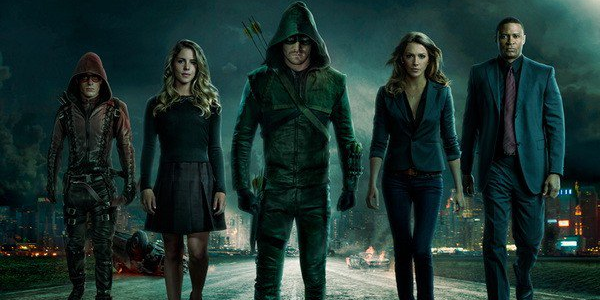 With just a month left before the premiere the CW releases the official poster for season 3 of Arrow.

Season 2 of Arrow ended with surprise after surprise as characters’ destinies begin to take form.  But now it looks like everyone has found their place, and are standing their ground.  The premiere poster for the highly anticipated third season showcases the solidarity of this latest incarnation of Team Arrow. 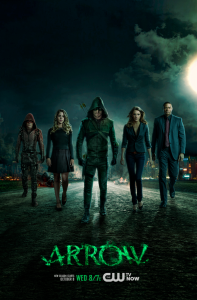 Oliver(Stephen Amell), Dig(David Ramsey), and Felicity(Emily Bett Rickards) still remain the crux of the group, with physical support coming from the newly kitted out Roy Harper(Colton Haynes) going by Arsenal in his post-Thea days, and intelligence and legal help coming from the newly acquired ally in Laurel Lance(Katie Cassidy).

The third season will explore themes of identity, but that won’t just apply to Oliver and his struggle between being a man and being a hero, “For Thea: Am I Thea Queen or am I Thea Merlyn?” With Diggle: Am I sidekick or am I my own man? Felicity: Do I exist outside the lair? Do I exist as something more than just Oliver’s crush object? Lance: If I’m confined to a desk job, am I still a cop?… Laurel: Am I Laurel or am I my sister? Or can I be my sister?”

Many of the notable newcomers to the series seem to be pulled right out of the comic book pages, with Ray Palmer(Brandon Routh) the DC Comics superhero The Atom, Count Vertigo(Peter Stormare), and DC Comics’ sword-wielding super-heroine Katana(Rila Fukushima)

Official synopsis for the series premiere (the Calm) is as follows:

“In the aftermath of this victory, Season 3 opens with Arrow now a hero to the citizens of Starling. Crime is down, people feel safer, and Captain Lance even calls off the Anti-Vigilante Task Force. Basking in his success, Oliver believes he can finally have a private life and asks Felicity out on a date. But the second Oliver takes his eye off the ball, a deadly villain reappears in Starling, forcing Oliver to realize that he can never be Oliver Queen — not as long as the city needs The Arrow.” 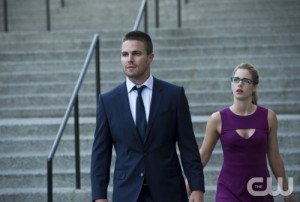 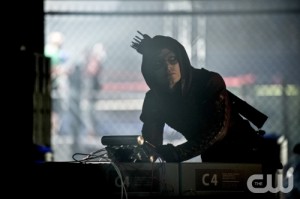 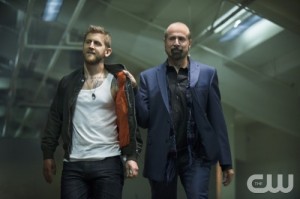 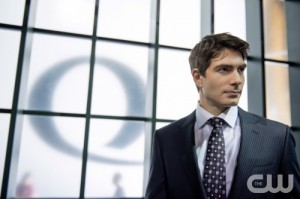 Arrow will return to television screens on Wednesday Oct. 8 (8/7c) only on the CW.