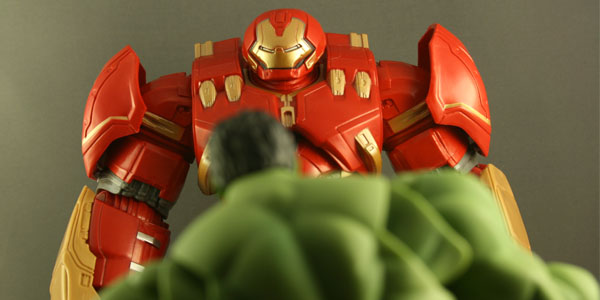 Hasbro rounds out their Avengers Legends with one more great lineup of Marvel heroes and villains.

It’s been a long journey for Marvel Legends, but it’s clear that Hasbro has really hit their stride.  Anchoring the themes of each wave around the current crop of movies was a genius decision, that has paid off in dividends, allowing the Marvel team at Hasbro to release not only a sub-line of movie accurate figures, but a healthy assortment of classic and modern comic book-styled figures to join the ever-growing, decade old collection.

The third and final wave of Avengers Legends may not be the flashiest, most show-stopping wave Hasbro ever came up with, but they serve as the perfect example of how winning Hasbro’s current formula truly is.  Mostly based on modern/ Marvel Now! comic characters, the wave delivers much-needed updates to Doctor Strange, Valkyrie, Iron-Man, and The Vision, while also welcoming the long-lost Blizzard and Thundra to the Legends line.  Rounding things out, we’ve got a great new Age of Ultron inspired War Machine, as well as a movie based Build-A-Figure, Iron-Man’s massive Hulkbuster armor. 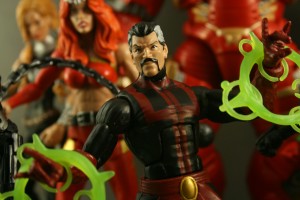 Here’s a sure sign that we’re living through a true geek Renaissance– this wave of Legends features Doctor Strange and The Vision as our A-lister, anchor characters.  This fact is profoundly awesome.  It’s also made better considering both are really solid figures.  The Sorceror Supreme was technically already released, in his clear “Astral Projection” form as part of this year’s Comic-Con exclusive box set, but the sculpt remains really great.  Doctor Strange’s modern costume is a good looking update, and the figure nails the look, complete with his flowing sash and tunic, and oddly textured gauntlets.  The Strange portrait is solid, and I love that Hasbro went the extra mile, sculpting a new, less muscular torso for the figure, which integrates well with the Bucky arms and legs, while providing the mystical hero a somewhat unique overall body shape.

Vision’s new figure is also based on his updated comic appearance, which makes sense not only to keep him contemporary to the pages of The Avengers books, but because this new look is quite similar to his cinematic appearance.  Even a passing glance is enough to signify who this guy is– his red face and the gem in his forehead, and his green costume with yellow cape all call back to the most iconic look of the android Avenger, while the detailing of the costume itself makes him feel fresh and new.  I love the two tones of green in his outfit, and the metallic finish on both shades really makes the figure pop, especially in contrast to the rich, flat yellows and reds on the figure.  The Vision gets a great new headsculpt, with a perfectly stern, calculating expression that totally fits the character. 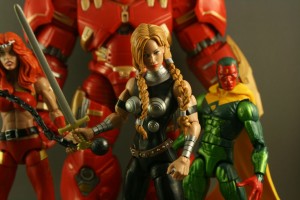 Joining Strange and Vision are the “Fearless Defenders,” Valkyrie and Thundra.  These two mighty women are both welcome additions to the Legends line, with Thundra making her debut, while Valkyrie gets a modern/ Secret Avengers costume update.  Valkyrie is a great figure, making excellent reuse of the Red She-Hulk body to give her the impressive stature a warrior such as she deserves.  Her new portrait is very good, and there’s a great, subtle sense of motion in the flowing sculpt of her iconic twin braided hair.  Val ditches her cape for this costume, but hangs onto her sword Dragonfang, the one carry-over from the previously released Valkyrie figure.  Aside from this, she’s all new, and a huge improvement over that older figure.

Thundra is definitely the most obscure inclusion in this lineup, but she makes for a pretty great figure.  She also reuses many Red She-Hulk parts, making her one of the bigger female characters in the Legends collection, and her strength and power in emphasized by a new lower torso, complete with very defined abs.  This is a great sculpt– not only does it give Thundra her own unique body look, but the musculature retains a decidedly feminine appearance, while still being seriously RIPPED.  Thundra’s headsculpt is another winner, with her angry eyes and clenched teeth packing her face with personality, and reminding everyone this is not a hero you want to mess with. 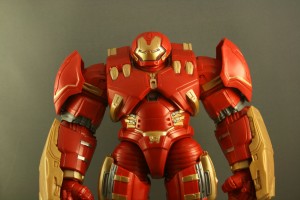 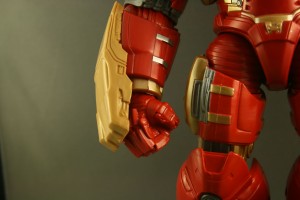 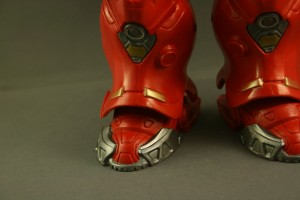 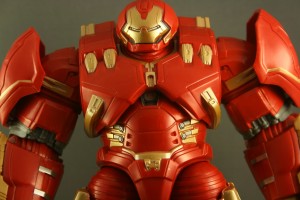 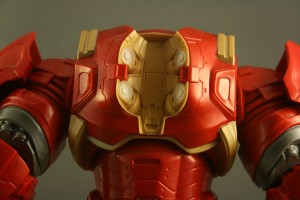 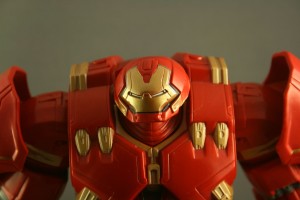 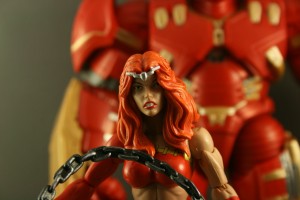 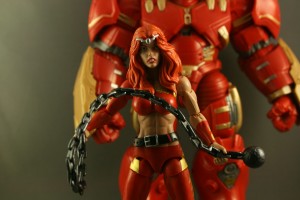 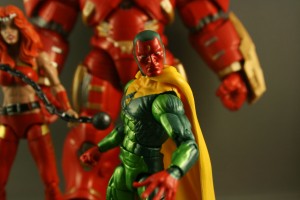 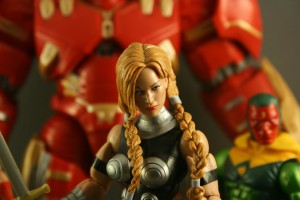 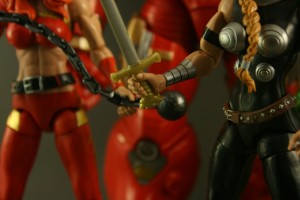 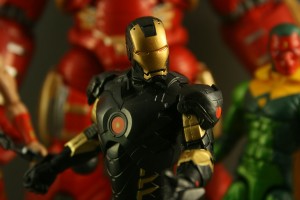 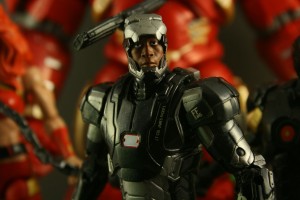 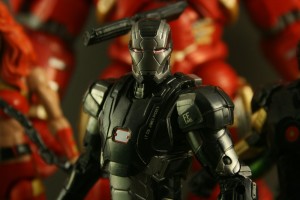 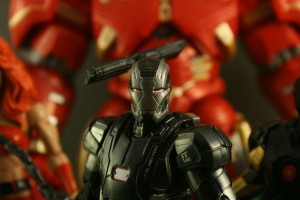 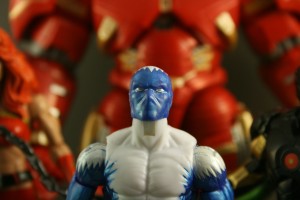 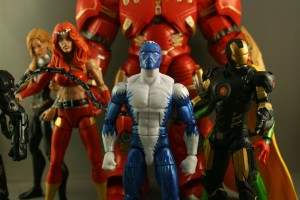 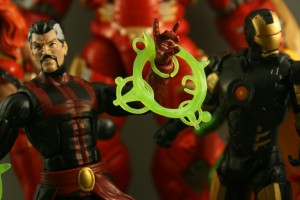 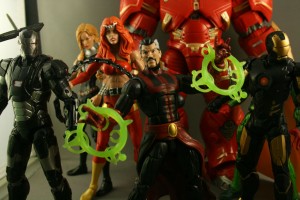 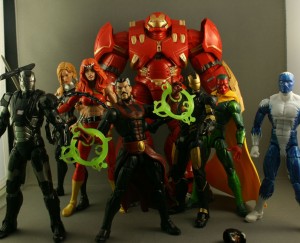