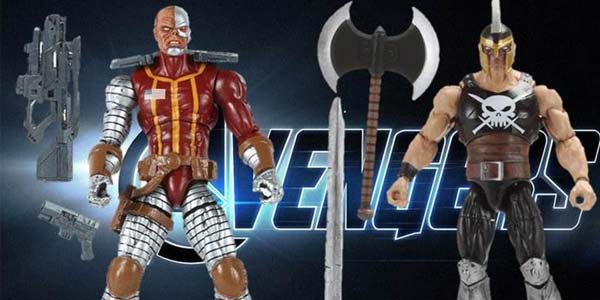 A new listing reveals the full lineup for the third wave of Hasbro’s Avengers Infinite figures, including some nice surprises.

Big Bad Toy Store has just listed a preorder for the third series of Avengers Infinite figures, and it looks like those of us bummed out by certain cancelled characters from the Marvel Universe collection are in for a treat.

On top of the Ares and Deathlok figures shown at Toy Fair, the new listing also includes Cyclops, Valkyrie and Ant-Man, as well as a repack of Omega Red.  While there’s no images yet, I think it’s safe to assume Valkyrie will be the same figure we almost got in the cancelled Mighty Thor three-pack, and there’s a good chance Cyclops will be the same as the Astonishing X-Men pack from the same canceled series.

Ant Man comes out of the blue– this guy was intended for release in a comic two-pack way back when, but there’s been no word of his fate for years now.  He had a great head sculpt, but used the lousy old Daredevil/ Bullseye body that’s grossly outdated now… I’m hoping what we get is either an all new design, or a bash with the good Ant-Man head on top of a better, more modern body type.  Either way, I’m stoked!

What’s even more exciting is the pack out.  Rather than include short packed figures and loads of reissues, each of these six figures are evenly packed two per case.  Only Omega Red might end up sticking around, but he’s a cool enough figure that he should still move on his own merit.  Still, if Hasbro had swapped him out for Northstar, this case would be their best ever.  As it is, ten outta twelve ain’t bad.

BBTS lists the new series with a June release, which would suggest the second series– with Whirlwind, Death’s Head, Walt Simonson Thor and Red She-Hulk– will be out sometime between now and then.  With the first wave just now trickling into select big box retailers, I’m guessing Avengers Infinite will have an online-to-retail discrep not unlike the Marvel Universe line it’s replacing.  But even if we don’t make it past these three assortments, this would be a great wave to go out on!