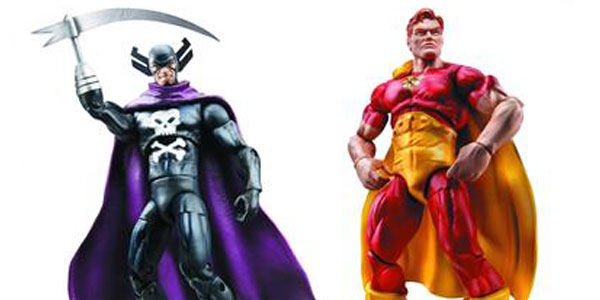 The first wave of Hasbro’s post-Marvel Universe series has been revealed.

Big Bad Toy Store has posted solicits for the first wave of Avengers Infinite by Hasbro, along with some shots of the first figures in the lineup.  Avengers Infinite is, if you don’t recall, the new series that will take the place of Marvel Universe, delivering more highly articulated, comic style 3.75″ figures to the Marvel toy universe.

The big question was, how close to the Marvel Universe style would this new line be… and the good news is, it looks like exactly the same.  The new figures– Sentry, Grim Reaper, Wasp and the new Hulk all look completely in line with the great sculpting and ample articulation many collectors loved about the Marvel U. collection.

The bad news is, we’re getting repacks, and they’re pretty heavy.  While the new figures look great, the first lineup is also re-releasing the previous Captain America and Bleeding Edge Iron Man figures in the new packaging.  Not that either of them are bad figures (in fact this Cap is great) but they’re figures that have been at retail already for 6 months to a year, and the Iron man has already had one stint as a serious peg warmer.  And judging from the resets, it appears Target will carry over the Marvel U. DCPI for this new line, so even the re-branding of the series may not make for the cleanest of distribution channels out of the gate.

Iron man is packed heavier than the Wasp, who will be relegated to one per case, so I’m a little uneasy with how this new line will sell through at retail, especially with Hasbro’s tendency to over-produce their launch waves.  Still, I’m looking on the bright side and appreciating the four new figures coming this spring, all of whom look great.  Fingers crossed future assortments won’t fall into the same traps that led to Marvel Universe’s hot and cold presence at retail.

The first wave of Avengers Infinite is available for preorder now, to ship some time in early 2014. 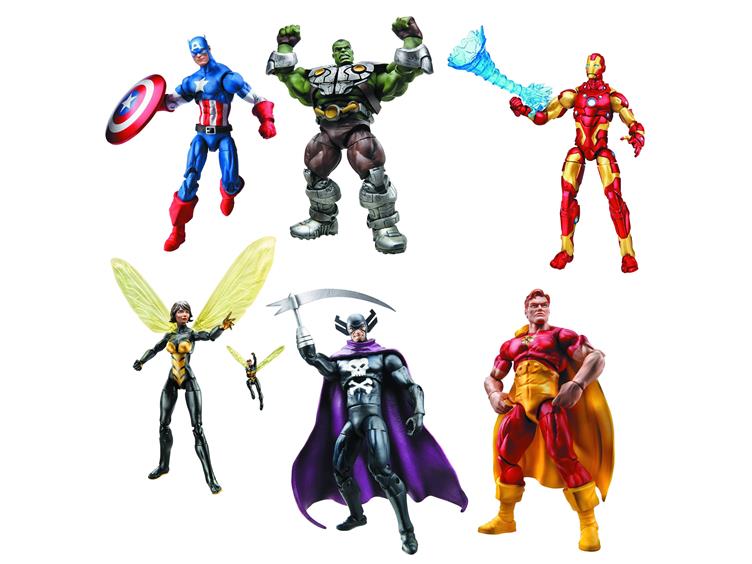