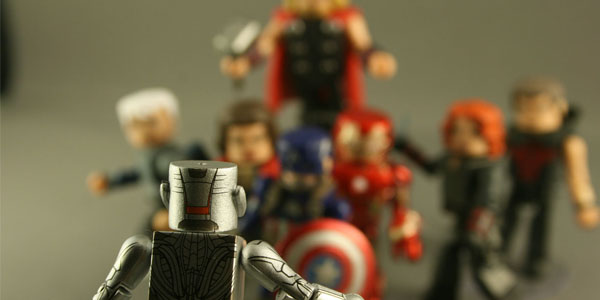 Hawkeye gets two looks not one for Age of Ultron Minimates.When I first looked at the Hawkeyes in the new wave of Minimates I wondered why not just have alternate parts and give us one figure with bonus parts. That was until I saw all the differences, it was not just a couple extra parts, it would’ve been a whole other figure. He was a stand out in the first film so it was a welcome change to not get another version of the big names. There are tiny paint lines of each of them, without any issues. Both versions come with a bow, quiver, and three arrows. 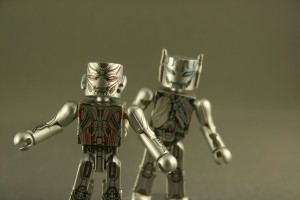 Along with the archer, there are two different villains; Ultron and his drone. Both of the androids have silver paint with tampo’ed details on top. It gives the figures some depth. The only issue with the big man himself, Ultron, he is not that big. In all the commercials he is much bigger, but the figure is normal size. The figures like Hulk and Hulk Buster Iron Man get the larger size with the wait extenders but not Ultron. It would have been nice to have him a little bigger, but the details on the paint help except the size. The drone’s blue color really pops against the silver paint. It is going to be hard to resist the urge to army build, because I don’t want a box full of Hawkeyes when I’m done.

Both versions of the character match his movie looks perfectly, and with villains packed in makes these an easy pick for collectors. But they are also flying off comic shop shelves, so they might be hard to track down. 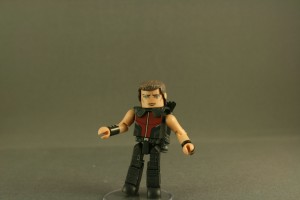 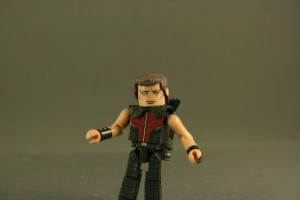 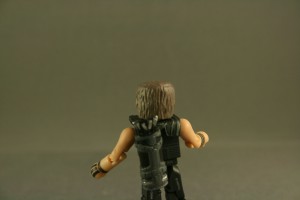 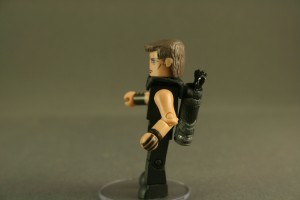 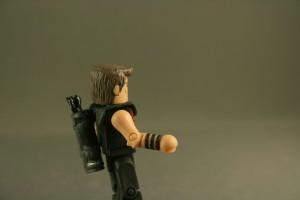 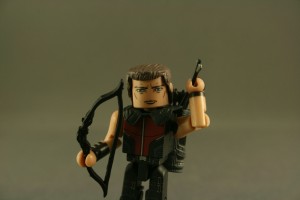 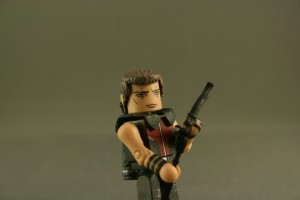 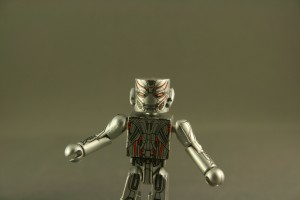 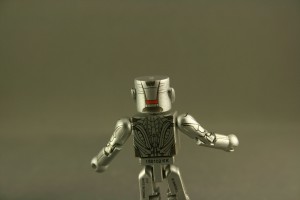 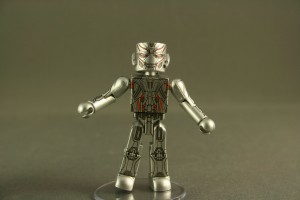 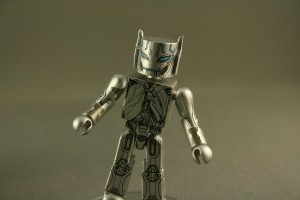 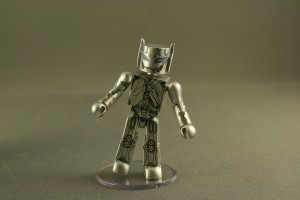 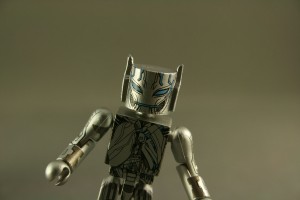 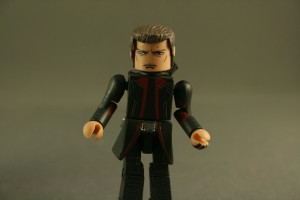 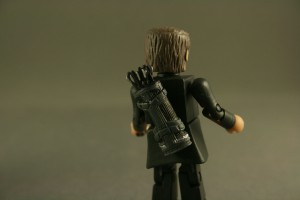 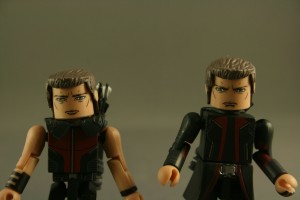 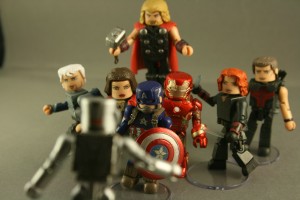