Avengers Wave Four Is A Solid Close To The Line 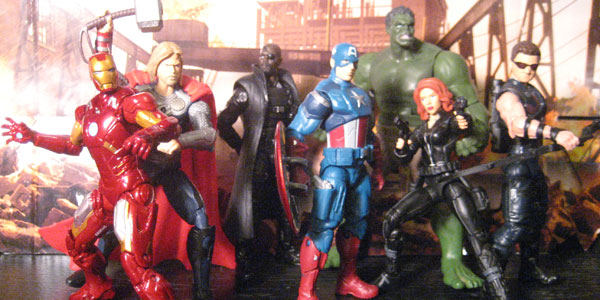 Hasbro releases their fourth– and final– wave of figures from The Avengers, bringing an updated Iron-Man, a single-carded Chitauri and a new Nick Fury. It’s a solid wave to round out the main movie cast, but it leaves the collection feeling too small for the biggest movie of the year.

Hasbro has been following the same formula for a while now when it comes to their Marvel movie action figure lines– four waves, mostly based on the movie with a few comic-style figures in the mix to spice things up… it worked pretty well for last year’s Captain America (and in theory, would have worked for Thor if not for the glut of launch wave figures still taking up shelf space).  The Avengers followed this same pattern, and the final wave is making its way to e-tailers now. 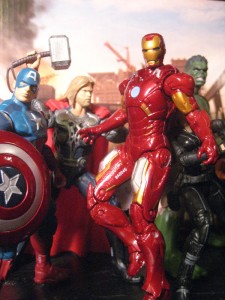 The new assortment features three new figures, all of which are updates on previously released Marvel Cinematic Universe characters.  We see the release of a second Iron-Man in his Mark VII armor from the final battle of the movie. Officially named Shatterblaster Iron-Man, this figure had been originally dubbed “super articulated,” but I can see why they dropped that. The new figure looks just as great as the other Avengers figures, with top-notch sculpting straight out of Tony’s movie design, and while his articulation certainly is a step up from the previous version, he’s not exactly packed with moving pieces.  Most of the changes here are to the legs, which now feature double hinged knees and rocker ankles. These new points of articulation definitely help the figure with a variety of new poses, as well as balance, but the continued lack of any ab movement or bicep or wrist swivels still limit what he can do. 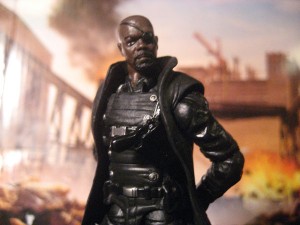 SHIELD director Nick Fury is a way better upgrade to the previous version than Iron-Man.  The first Fury was released in the Iron-Man 2 line, in a box set with some of the drones from that movie, and he was little more than a passable Sam Jackson portrait on top of a GI Joe body.  This time out, Fury once again gets someone else’s body– Winter Soldier from the Cap line– but the style and the scale of the figure work perfectly for Fury’s more super hero-ish look from Avengers. The superspy also includes a new trenchcoat and a vastly improved portrait which is much more faithful to Jackson’s iconic look. Fury includes a pistol which fits in his leg holster, an assault rifle and an anti-tank missile launcher, which is actually the first gimmick weapon in this series to be featured in the movie. 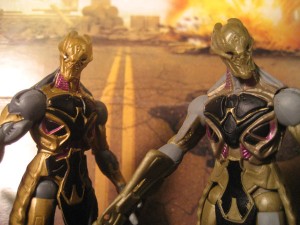 Last up is the Chitauri warrior, a straight repaint of the figure included with the Cosmic Chariot deluxe set.  This is good and bad– while the sculpting is excellent, a much better representation of the alien invaders than the 7″ scale Marvel Select, he shares the same drastically reduced articulation as his chariot riding ally. It didn’t hurt the rider as much, since he’s attached to his vehicle but here the lack of knees and elbows really limit what you can do, and it’s made ever more frustrating with the prototype shown on the back of the package striking a pose including these scrapped points of articulation.  The Chitauri may be the exact same sculpt but slight differences in his armor deco make him distinct from the previous version, but still uniform. Loki’s warrior includes a green axe that fires a missile, as well as a movie-accurate rifle which he can’t really do much with. 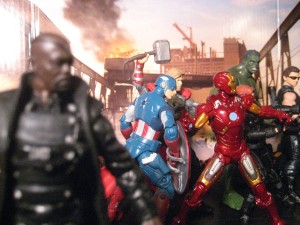 The best word I can think to describe this series is solid. None of the figures are great, but honestly none (even the Chitauri) are terrible, either.  They do a good job of rounding out the core cast, and offering a new army builder on top.  But it seems like a shame that a movie as awesome– and as wildly successful– as The Avengers would end up with a toy line so filled with limitations.  No one could have predicted just how huge the movie’s numbers would be, but Hasbro and Marvel were still aware that this movie would feature all their heavy hitters from the Marvel movie universe, and a line of 16 figures over four waves just doesn’t seem to do that justice.

There’s so many avenues Hasbro could have explored here, from figure variants (which we’ve seen plenty of in their Amazing Spider-Man line), to more supporting characters like Coulson and Maria Hill, or even a dip into unmade characters from the previous movies… I’d love to see them release a movie-accurate Red Skull, or Bucky, or that unmasked Tony Stark they scrapped three years ago… these would all have fit this new line and guaranteed Hasbro bigger sales.  I’m sure Hasbro won’t make this same mistake twice, and I really hope by the time Avengers 2 hits, they’ll be in a spot where they’re more ambitious with their toy line.

Thanks to Toycade for giving us the chance to check out The Avengers wave 4.  They have all three figures in stock now, so Click Here and complete your Avengers collection today! 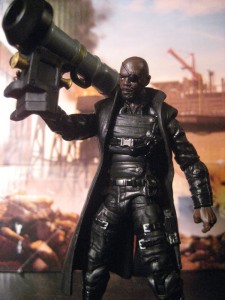 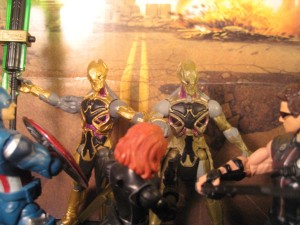 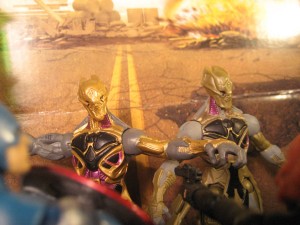 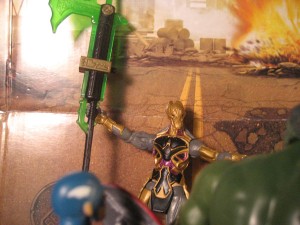 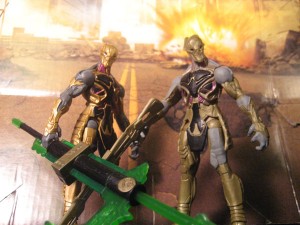 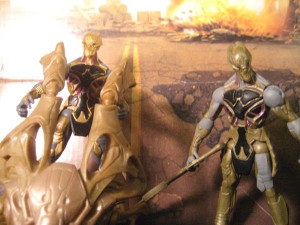 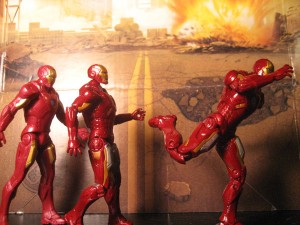 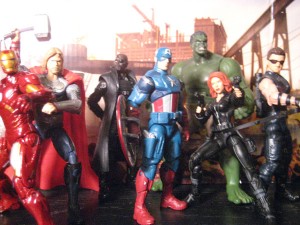 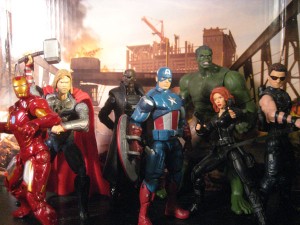 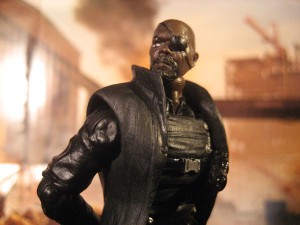 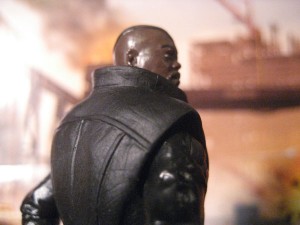 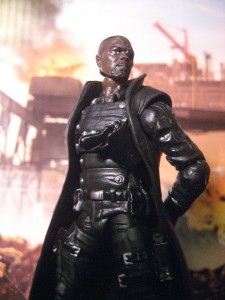 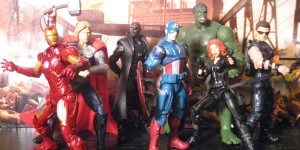 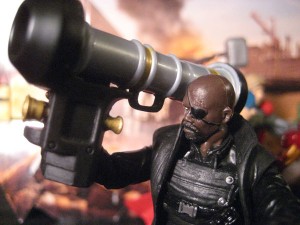 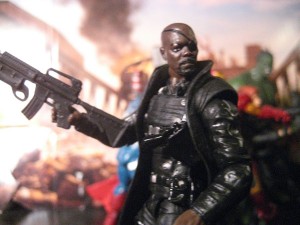 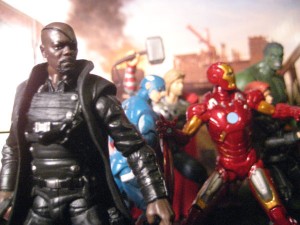 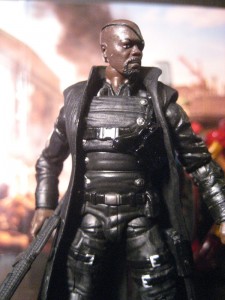 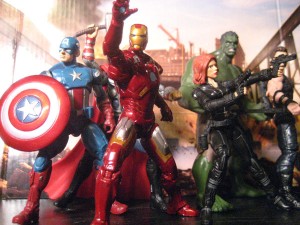 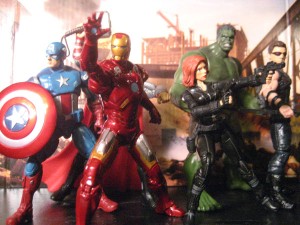