First Looks at Some New Avengers 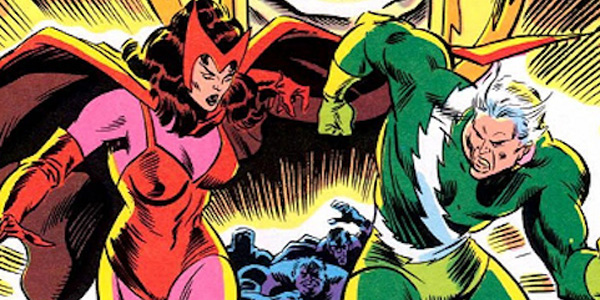 All the images of the actors are in their hero costumes are pre-CGI, so there are sure to be some effects added in post production. Aaron Johnson’s Quicksilver look a lot more like his comic counterpart than the Days of Future Past character seen in yesterday’s X-men trailer. Elizabeth Olsen’s Scarlet Witch looks to have roots in the Ultimate universe rather than the 616 universe. Both looks fit in with the overall look of the Avengers movie world.

There were also a few pre-CGI images of what could be Ultron, or an Ultron Bot. The metal costume over a very puffy black coat will surely be replaced in the final film.