How Awesome Are These Revoltech Ninja Turtles?? 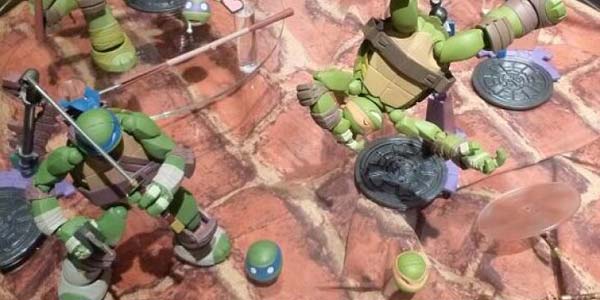 Revoltech is making the definitive modern toy versions of the heroes on the half shell.

I’ve been a big fan of Playmates’ modern TMNT toy line, which are a lot of fun and highly accessible for both collectors and kids.  But I’d be lying if I didn’t say right now my attention is turning to the newly-revealed Revoltech TMNT figures.

Crooked Ninja has collected some images from a TMNT cartoon release party in Japan, during which Revoltech revealed their new line of Ninja Turtles.  These guys look incredible– LOADED with articulation, alternate heads, stands, weapons and even a pizza accessory… they are too cool!  Add to that, Revoltech really nailed the Turtles’ modern appearances and these figures are pretty much must-haves for any TMNT fan.

Supposedly, these figures will be between 5 to 6″ tall (so slightly bigger than the Playmates versions), and are slated for release in September.  I’m assuming that date is Japan, but I’d assume a domestic release wouldn’t be too far off.  Unless, of course, Playmates tries to block them from hitting state-side retail, like they attempted with NECA’s comic style TMNT figures.

I certainly hope not, because these Revoltech figures have a date with my TMNT shelf! 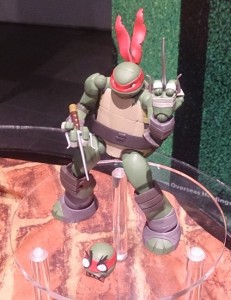 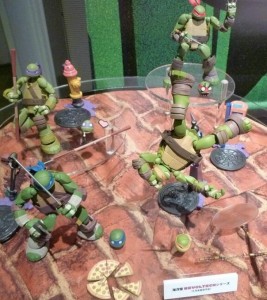 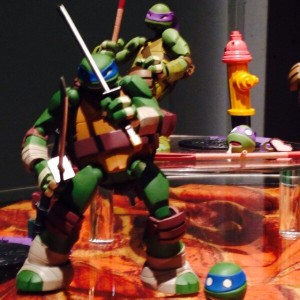