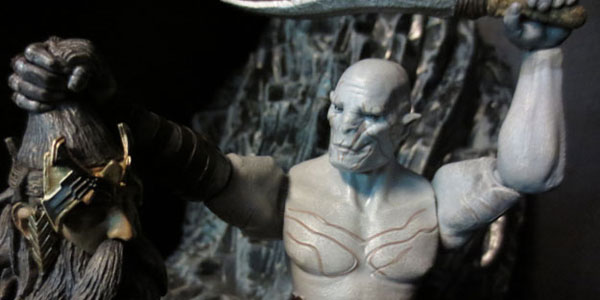 The Bridge Direct releases another outstanding Hobbit action figure in the form of the Comic Con exclusive Azog the Defiler.

There are few toy lines I’m more excited for than the next round of Hobbit figures from The Bridge Direct.  While those toys won’t be released until October, closer to the theatrical debut of Desolation of Smaug, Bridge offered a “preview” of the line at Comic Con– the deluxe edition Azog the Defiler.  The sinister orc is every bit as good at the first 6″ scale Hobbit figures, and the added features he includes make him one of the best exclusives from this year’s Con. 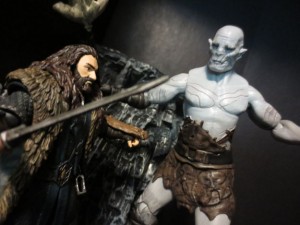 Azog is the newest figure from the 6″ scale Hobbit series, although the giant creature is actually over 7″ tall, in perfect scale with the other characters.  His pale grey skin is covered in the same scar tattoos as his on screen counterpart, with the all new sculpt that’s remarkably well detailed.  There are aspects of Azog’s design that are translated perfectly– his scarred face and small, pointed ears and worn metal shin guards, as well as some details so intricate I missed them in the movie itself, like the leathery faces that make up his skirt.

The orc leader is amply articulated, with a ball neck and shoulders, injection mold elbows and knees, swivel wrists and waist, ball hips and hinged ankles.  This offers him a good range of motion, and the skirt is a soft enough rubber that it does little to inhibit his leg motion.  Azog looks equally great in standing or action poses, and he comes packed with enough stuff to add to either option. 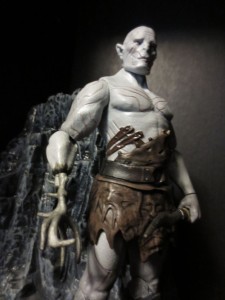 Azog will be released in the upcoming Series Two Hobbit toy line this Fall, although what makes the Comic Con version truly special are the added accessories he includes.  True to the movie, Azog includes two swappable left forearms– his natural one and his stump with a rudimentary claw hand, which he gains after losing the arm to Thorin in battle.  Both arms fit well, although the organic arm’s peg fits rather snugly.  I had to heat the figure’s bicep to loosen it enough to pop out.  Once it got going, it came off with no trouble, but avoid just yanking as I’m not sure the peg would stay intact.

Possibly the best feature of this exclusive orc is the alternate hand, for a third display option.  This hand holds the severed head of the Dwarf King Thror, after Azog killed him in combat.  It’s definitely not a retail-friendly piece, but the dwarf head makes a great added bit for a Comic Con release, and it’s impeccably well sculpted, from the dangling strands of hair clutched in Azog’s hand, to the ornaments on Thror’s crown.

Rounding out the set are two weapons, a mace and an orc sword, both of which Azog brandishes quite well.  The orc is packed in a very nice, tome-style window box, much like last year’s Twilight Bilbo.  Opening the front gatefold reveals a window of the Azog figure against a backdrop of his great Dwarf battle, making this a fantastic piece for MOC or loose collectors.

I remain very impressed by the excellent work Bridge Direct has been doing on their Hobbit toy line.  Azog is the latest fantastic addition to the collection, and the very cool bonus accessories that probably wouldn’t fly at retail make him feel like a great Con exclusive purchase.  As great as he is, this Azog still feels like an appetizer more than anything… a teaser for all the rest of the upcoming Hobbit figures hitting shelves later this year.  He’ll hold me over in my Hobbit fix until then, but if the rest of the line turns out as great as this figure… I’ll be watching the calendar for sure.

Thanks to Bridge Direct for giving us the chance to check out the fantastic Comic Con exclusive Azog figure! 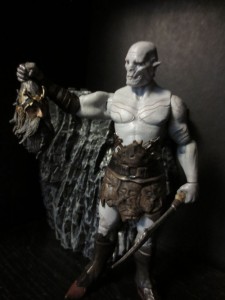 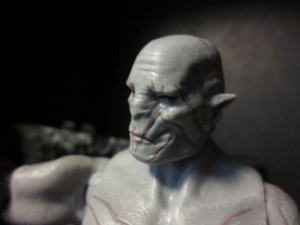 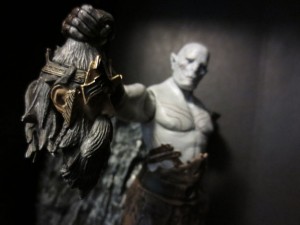 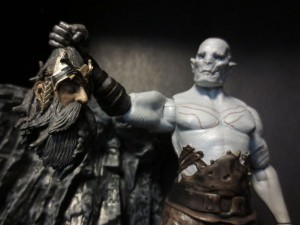 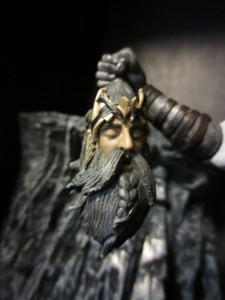 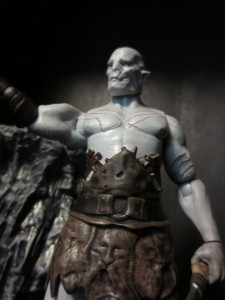 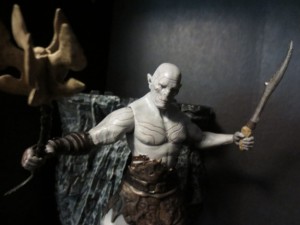 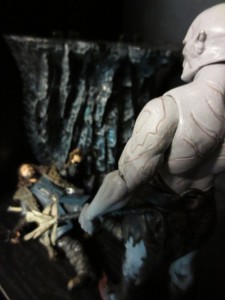 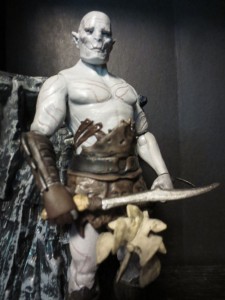 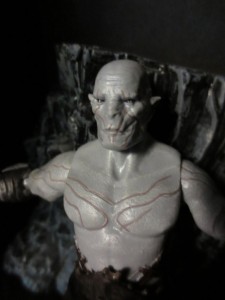 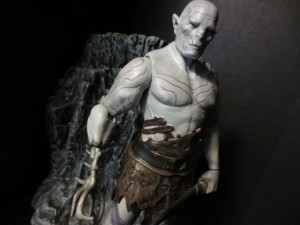 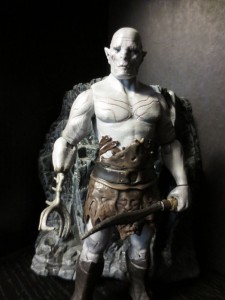 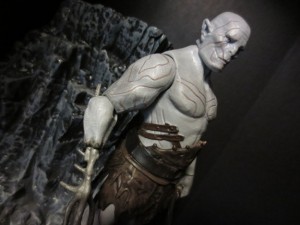 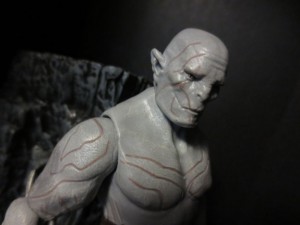 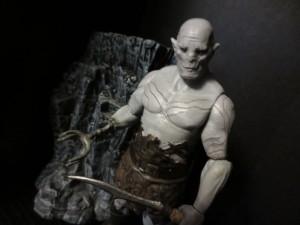 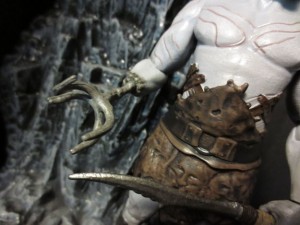 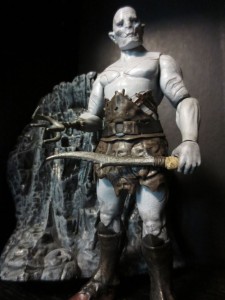 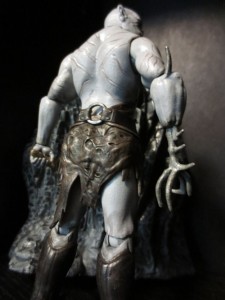 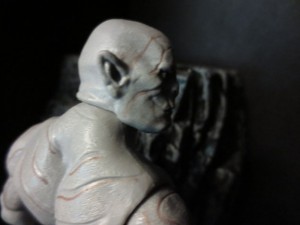 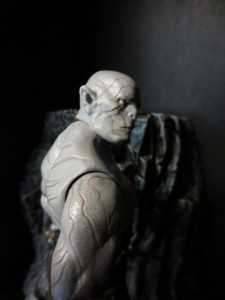 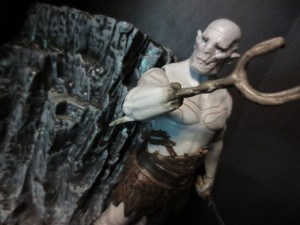 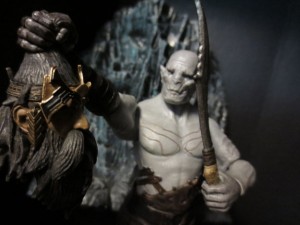 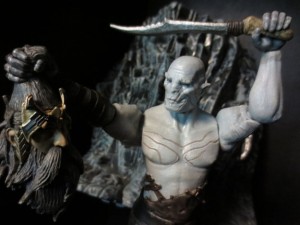