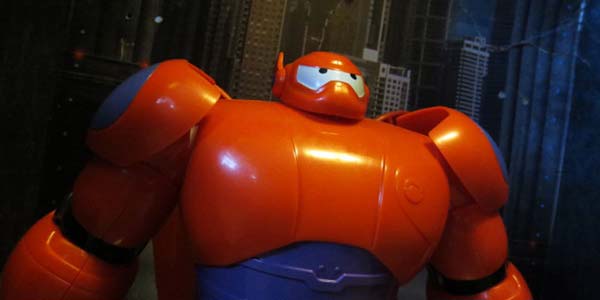 Bandai’s transforming figure based on the robot hero of Big Hero 6 is charming, cool and totally fun.

If you haven’t seen Disney’s Big Hero 6, I would highly recommend it.  The movie works well as a super hero/ origin story… and is even better as a very personal, kind of small tale of how one boy deals with a devastating loss in his life.  It’s touching and real and surprisingly honest… and much of that starts with the cast of characters, who are perfectly realized and incredibly easy to fall in love with.

The easiest guy to love in this movie?  Baymax.  This automated nurse fills the “robot” half of the movie’s central “boy and his robot” premise.  Throughout the course of the movie, Baymax transforms from a soft, huggable (by design) robotic assistant, into a fierce, armored but kicking warrior who will defend Hiro through any dangers they face.

Bandai has released a full spread of Big Hero 6 toys in a variety of scales, and while Baymax is clearly the main attraction in this section of the toy aisle, there was one figure in particular that caught my attention, thanks to its ability to feature both nurse and warrior versions of our lovable robot.  Armor-Up Baymax is a transforming figure, which starts out as an articulated 6″ version of the nurse robot, but with some slight parts changes and some very cool snap-on armor, the figure can be realized in full battle mode as well. 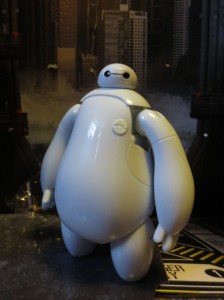 The sculpting is good on both versions of Baymax.  The nurse bot is appropriately adorable, with his black expression and chubby body.  He features a good sense of proportions, and at least some articulation– his head turns, his shoulders bend and swivel and his legs move at the hips.  Overall, he’s a nice toy version of Baymax in his original form.

Once he dons his armor, Baymax becomes kind of a badass, and Bandai’s figure follows suit– the armored Baymax stands an impressive 8″ tall, and the armor is very nicely sculpted, sleek and stylized with a slightly pearlized red plastic that offers just the right amount of sculpted detail while remaining completely aerodynamic and smooth.  The overall proportions of armored Baymax are the perfect representation of his on-screen appearance, big and bulky and barrel chested, but still kind of adorably husky.

The armor is great, and very screen accurate, from the purple and black detailing to the articulated wings which plug into Baymax’s back.  Overall, the effect makes for a great-looking figure, and one whose lines are never interrupted, despite the modular nature of the armor pieces– if you saw armored Baymax fully assembled without knowing, you’d probably never guess the armor was all removable. 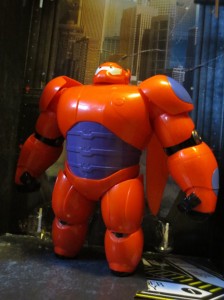 But as cool as either version of Baymax may be, the real appeal of this figure is the transforming feature itself, which is handled brilliantly.  The morph is very easy– Baymax’s big belly can extend out from the nurse form figure and then flip 180 degrees, effectively turning his bouncy gut into the warrior’s barrel chest.  Once this simple tweak of the core figure takes place, all the armor simply snaps in place over the base figure– armored legs and arms clip in place on top of Baymax’s arms, the torso armor clips around the body, and the helmeted head snaps down on top to finish the look.  It’s simple and very effective, with a total of about 20 pieces of armor each snapping firmly and securely in place to make one cool looking robot toy.

If you want a super articulated Baymax figure, the Armor-Up edition probably isn’t for you.  But his transforming feature is tons of fun to play with (I have, no joke, changed my Baymax back and forth already at least a dozen times), and he makes for a really nice, screen accurate character figure in ether nurse or warrior form.

Retailing for $20 or less, Armor Up Baymax is a great value, and he will likely be a big hit with kids this Christmas– I have already seen him disappearing fairly quickly at my local Toys R Us stores.  If you dig Big Hero 6 or transforming toys in general, I would definitely suggest picking this guy up when you see him.  Just like the movie he came from, this Baymax toy is completely fun t play with, totally cool looking and utterly charming. 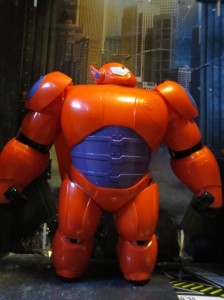 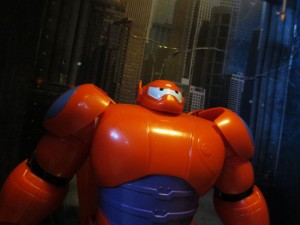 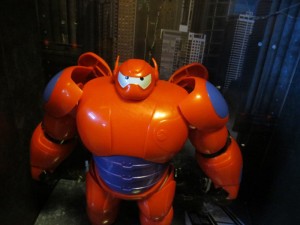 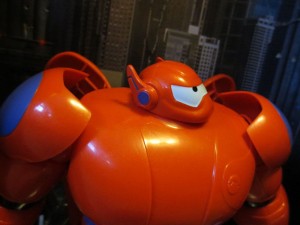 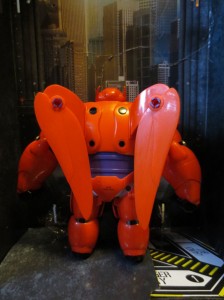 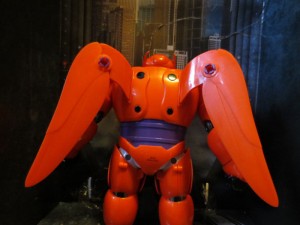 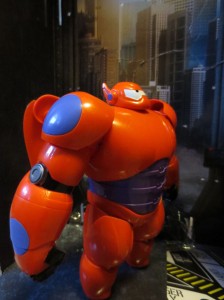 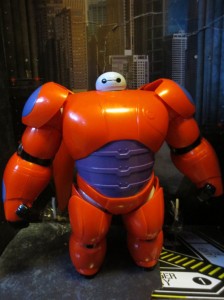 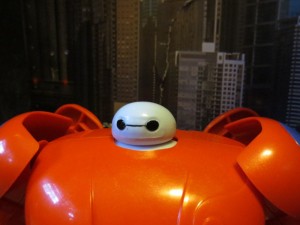 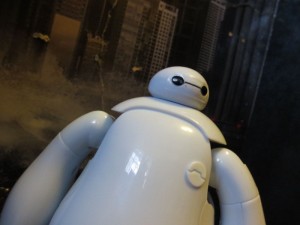 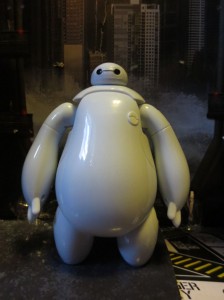 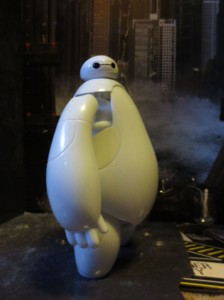 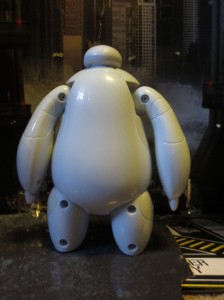 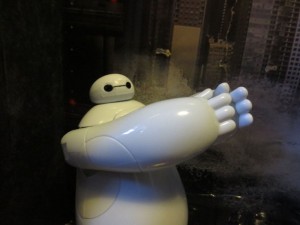 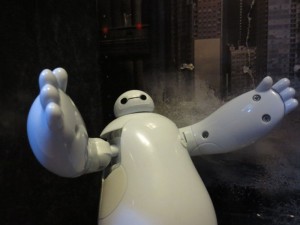 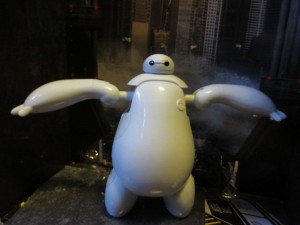 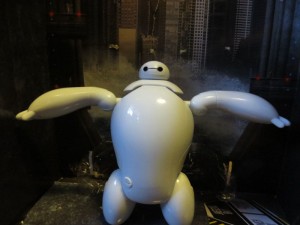 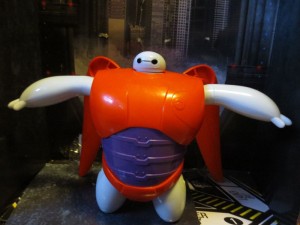 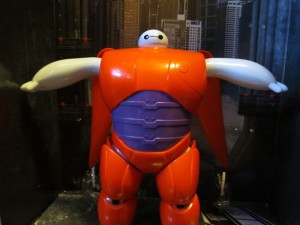 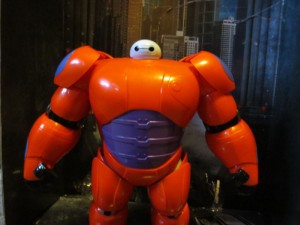 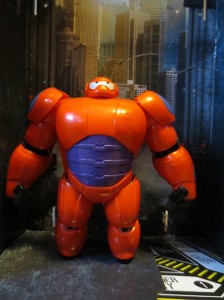