Bandai’s Chogokin Megazords Are BIG On Detail, Small On Size 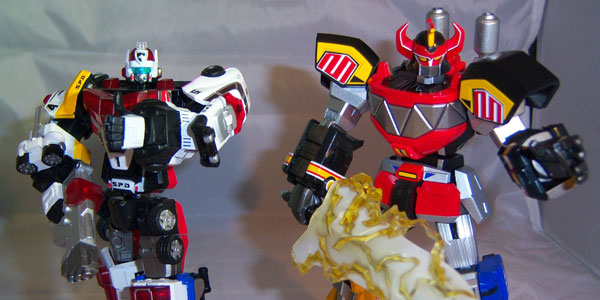 Bandai/Tamashii Nations continues to use the master license for Saban’s Power Ranger (Super Sentai) to impress the collectors.

The Sentai Chogokin’s have four in the ranks with Mighty Morphin, SPD (Deka), Samurai (Shinken), and Super Megaforce (Gokai). In this review we will look at Mighty Morphin and SPD. Now before we talk about the awesome, let’s talk about what I did not like about them. The only issue I have with these are the size. These are the MEGAZORDS… MEGA but they come across like the Minizords. I figured that they would at least stand up behind the other Figuarts, but they are a tad bit taller.

Let’s talk about the AWESOME (which far out weighs the one bad). These Chogokins come with interchangeable hands and various weapons and offer amazing poseability. Also these are die-cast… YES DIE-CAST!!!! 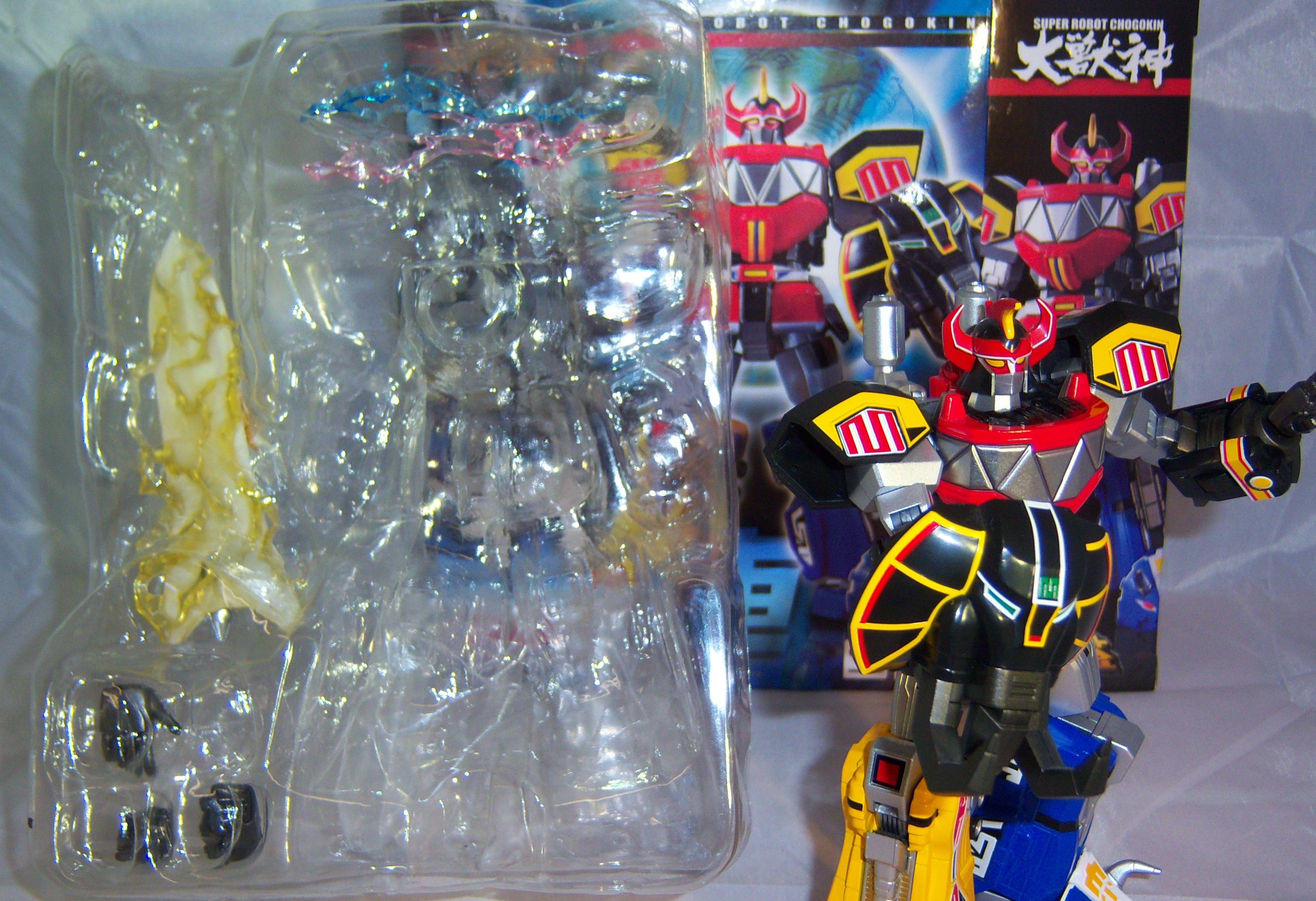 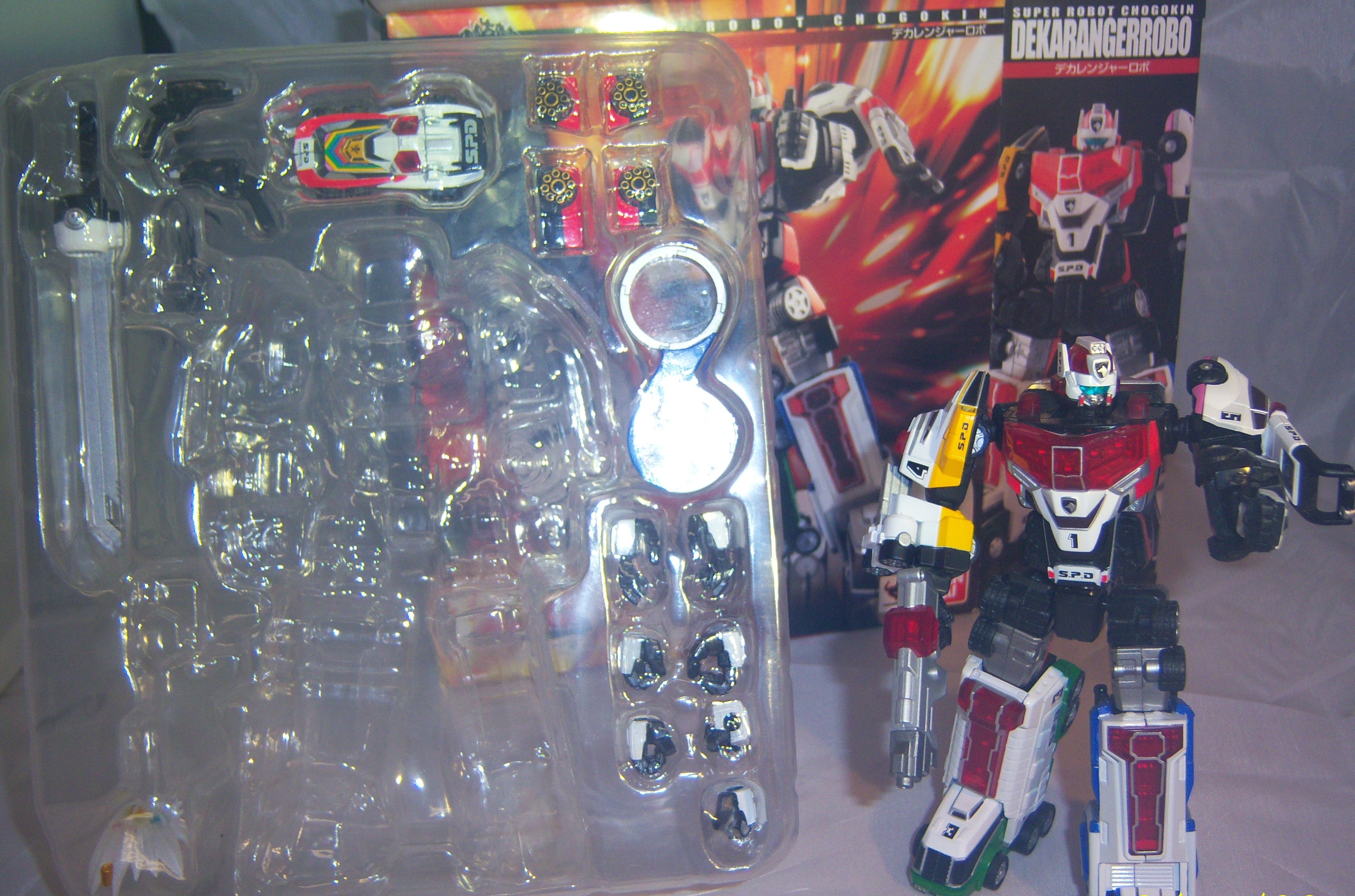 The SPD (DEKA) Ranger Megazord comes with many more accessories. Packed in the box are 4 left hands, 3 right hands, a power sword, blaster, blaster effect, hand cuffs, and a car that can be added to the Gokai Megazord. There is also parts that move on the legs that add as a storage for the blaster.

These two figures are impressive. They look great on the shelf and even though they are out of scale they look great next to the Figuarts Rangers. The price range on these start at $50 and can be as high as over $100 for the Mighty Morphin figures on most secondary websites. If you shop on the Japanese sites you can find them for about $50-$60 with shipping since the Yen is about 115 yen to 1 dollar. JQ gives the Chogokin Megazords 7.5/10… only because of the scale discrep– otherwise they’re pretty much perfect. 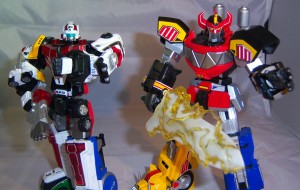 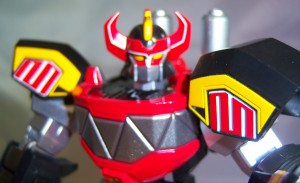 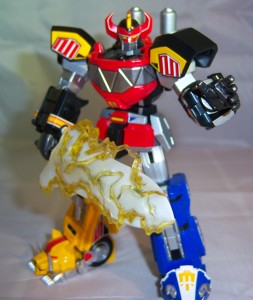 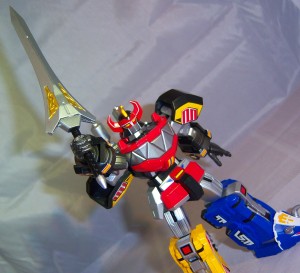 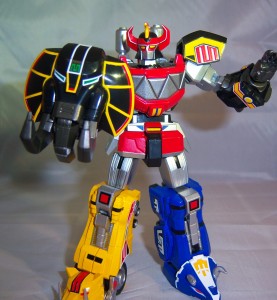 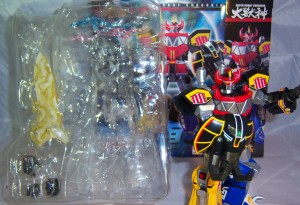 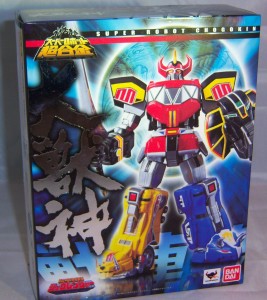 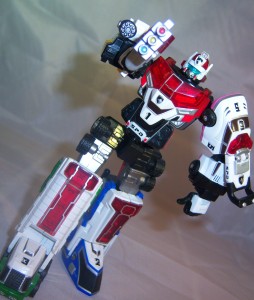 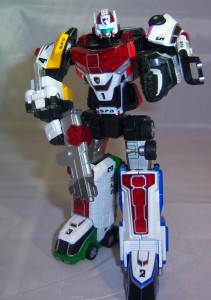 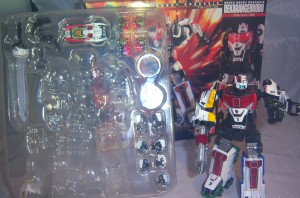 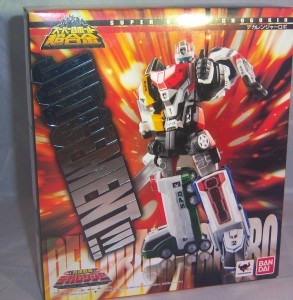