Bane Takes Over the Asylum 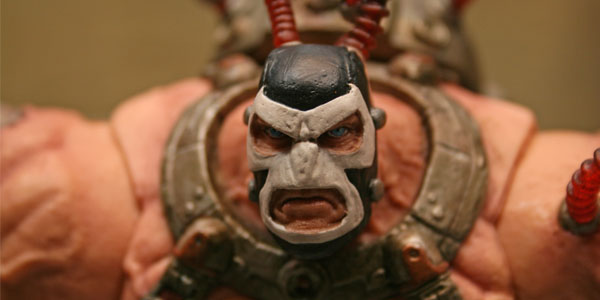 Bane is on the loose in the newest 2 pack from DC Collectibles, but the Batman take him?

DC collectibles has been producing the definitive Batman Arkham series for the past few years. They started with Arkham Asylum and widened the character selection for Arkham City. They have brought to life the characters from the game in both great sculpt and scale. 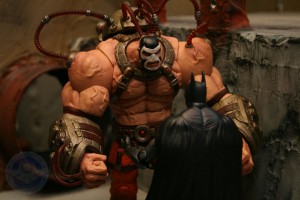 Bane is a massive figure, and I don’t think pictures or words can do him justice. To really appreciate him you have to hold him in your hands. The version of the game is completely venomed out and huge, something that is usually shrunk down in action figures, but not here. This figure towers over the included batman figure, and updates the old DC Direct version. The older version was undersized and not well articulated, but was getting high prices on the secondary market because of its rarity. There are a good deal of articulation points for a figure this size and the figure is well balanced, making it easy to pose him. The detail work all over the figure is stunning. From the dirty prison jumpsuit, to the venom points popping out of his skin, to the venom tank itself are done with great detail and painting. The tubes connecting the Venom tank to the figure are fixed, but feel very sturdy. The tank itself has a good deal of unique sculpting and paint details. It does detach from the figure, but because of the tubes not removable.

The Batman while not unique, is a nice addition to the set. He has his look from the games, but not as armored as the character has become in the video game world. The articulation on this figure though is less than Bane, and with the sculpted plastic cape it limits the poses for display. The cape does drape nicely over his shoulders, and comes to a curl at the bottom give the figure some extra stability. 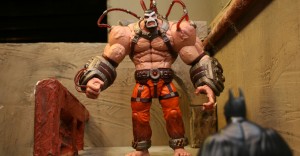 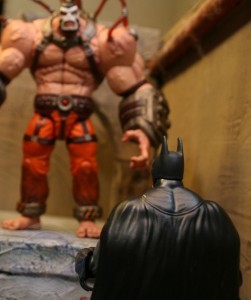 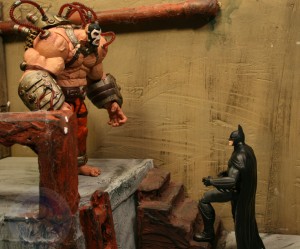 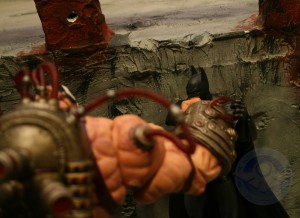 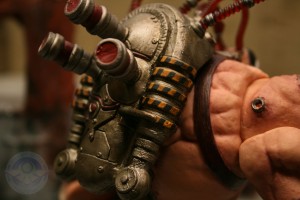 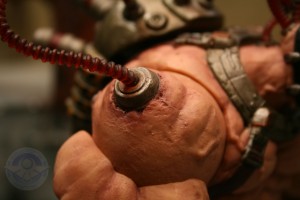 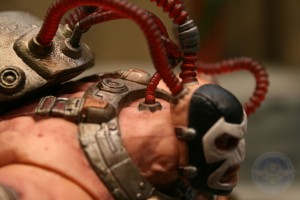 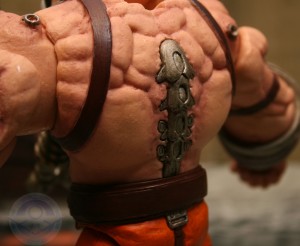 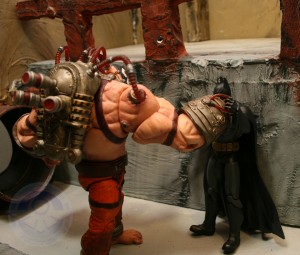 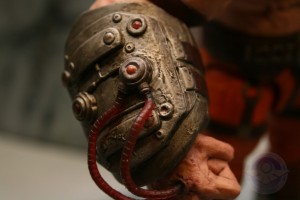 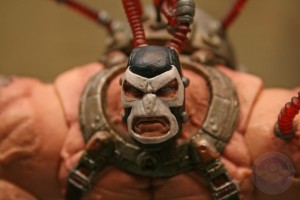 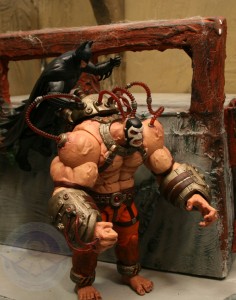 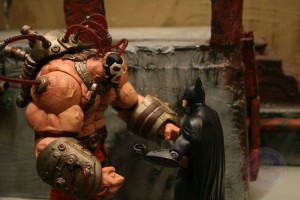 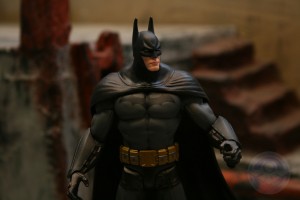 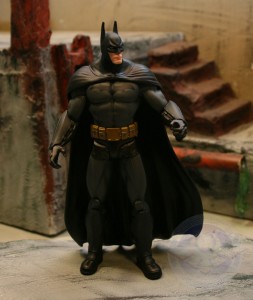 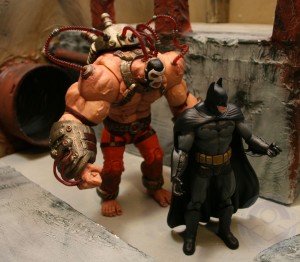 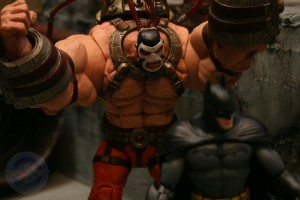 Thanks to DC Collectibles for the figures for review.