Baron Bends and the Aquaticons Join The Rumble Society 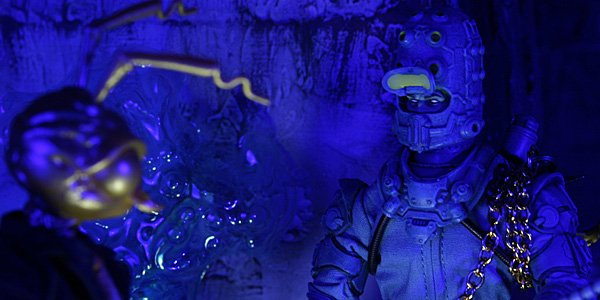 The latest One:12 Collective Rumble Society release, Baron Bends and the Aquaticons, is an interesting new direction for Mezco.

Over the last two years, Mezco has launched a whole new universe within their One:12 Collective. Sure, DC and Marvel super heroes and movie characters were already well represented in the toy line, but now they were joined by Gomez and the Pink Skulls Chaos Club, original creations direct from Mezco. Their latest creation, Baron Bends, is another strikingly original figure, and the most elaborate figure yet within Mezco’s Rumble Society. 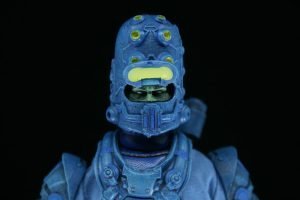 Baron Bends looks, in essence, like a steampunk deep sea diver. The ocean master’s blue outfit is very well rendered, allowing for lots of movement while looking appropriately baggy and heavy. Rubber accents and two alternate helmets finish off Bends’ look, and allow for a multitude of custom options involving the breathing tubes packed with the figure’s accessories, and the various ports and plugs throughout Bends’ armor.

The Baron himself, however, is only part of the equation here. The Aquaticons are robot anglerfish which Bends commands, and each intricate creature sports an opening jaw and lovely translucent blue fins. The Aquaticons, like their leader, are very cool designs, and remain among the most unique of accessories for any One:12 release. 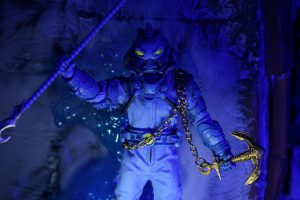 I don’t have many complaints about Baron Bends, but– apart from the Aquaticons– he feels a little light on accessories. The fish, too, have one shortfall, as they are very difficult to display. The set includes a flimsy blue plastic wave which can hold one Aquaticon well and allow you to balance two more to varying degrees of success. It’s not a very impressive piece, and I can’t help but feel the Aquaticons would be better suited for a plug-in stand system that could work with Bends’ display base, similar to the poseable cape armatures that come with most One: 12 Batman figures.

Still, Baron Bends and the Aquaticons are definite winners overall. The detail on display here is phenomenal (I love the Baron’s flip-up visor!) and he works under the same clever auspices as other Rumble Society releases– this guy is just as much fun whether he’s a stand-alone character, or a new guy for Aquaman to fight.

Baron Bends was available in a Mezco-exclusive swag set that also included a t-shirt and comic book, which is currently sold out. It remains to be seen if the Aqua-Knight will resurface in the One:12 Collective… but I have a feeling he will. 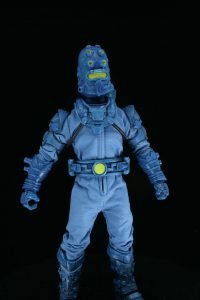 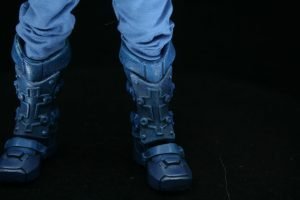 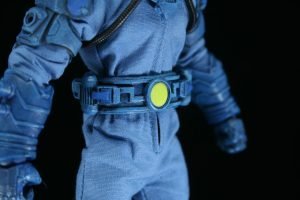 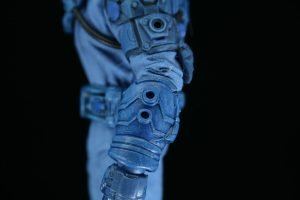 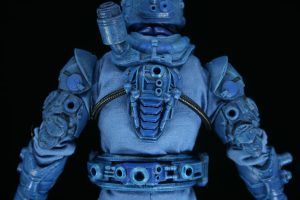 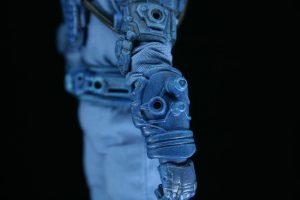 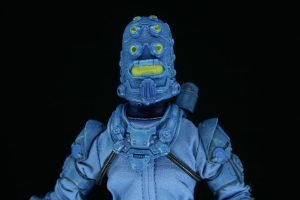 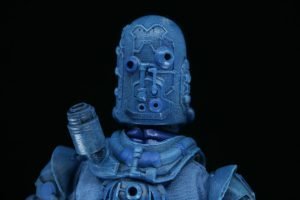 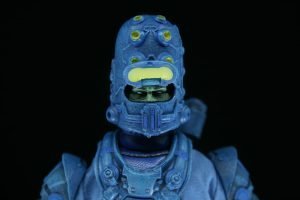 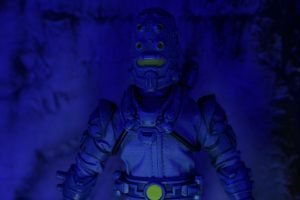 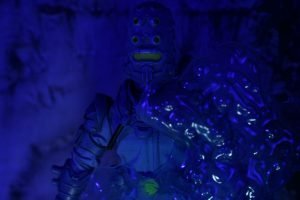 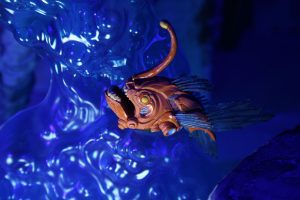 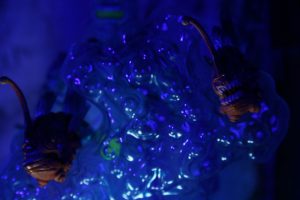 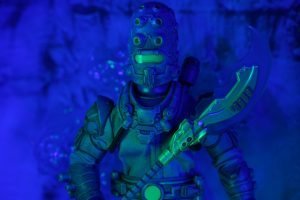 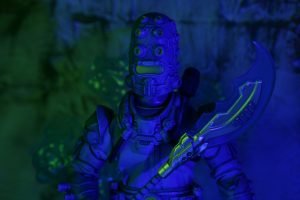 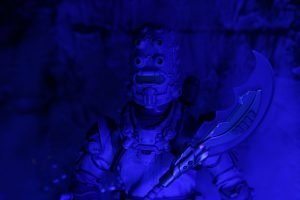 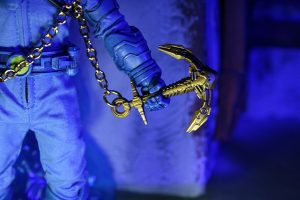 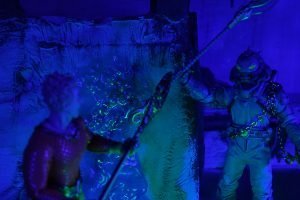 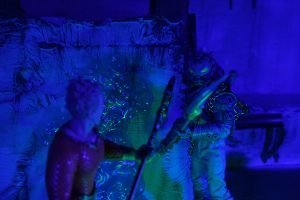 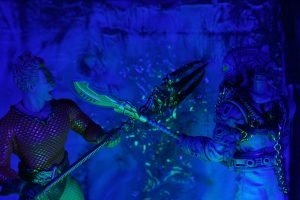 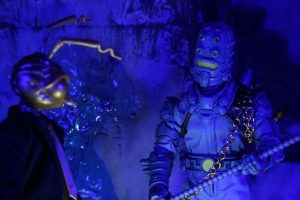 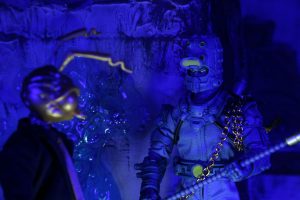