Baron Dark Is Back! The Return of Skeleton Warriors 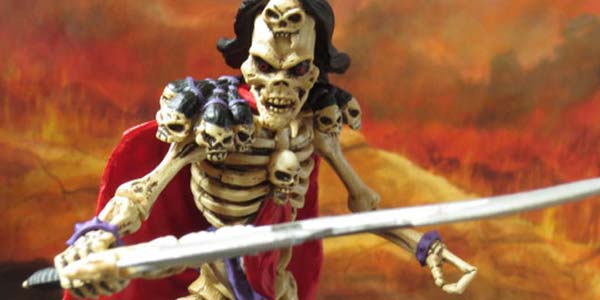 Last summer, October Toys (creators of OMFG among other cool toy projects) announced they had landed their first licensed property, Skeleton Warriors.  They launched a Kickstarter featuring the first figure in their rebooted toy line, Baron Dark, the big bad of the original series.  This new figure is modeled after the Baron’s animated series appearance, and is Glyos compatible, offering him a scale and joint system similar to other Glyos figures such as the Four Horsemen’s Power Lords.

October’s George Gaspar is a very talented sculptor, so it shouldn’t be a huge surprise that Baron Dark looks great.  There’s a ton of weathering, scoring and texture all over Baron Dark’s skeletal frame, which offers a nice grounded nature to the fantastical monster, while also making him much more visually dynamic.  I love the detail work on Dark’s cranial plates, and the porous nature on the bones on the side of his head, beneath his mane of black and white hair.

While the detail work is good, the stylization is great, especially Dark’s face sculpt, which is packed with personality.  With his bulging black and red eyes and fang-bearing scowl, the Baron is certainly not a typical skeleton, and his expression leaves little doubt that this is one sinister dude.  Even Dark’s adornments– his half-bone, half-metal sword and tattered cape– each offer their own distinct textures to bring this guy to life.

I’m equally impressed by the paint, which adds a wonderful depth to the figure.  The Baron matches his animated counterpart’s color pattern, but the dark brown wash on his bones highlights the sculpt’s subtle detail while making him appear more practical and tangible, less like a toy.

I dig Onell Design’s Glyos format, and it works well here, especially as this line progresses and we get additional skeletons which can be interchanged and customized.  But even as the only Skeleton Warrior (thus far), this design allows for a good range of motion and a durability that means Baron Dark can be played with and posed with very little fear of breakage.

Dark sports a ball jointed neck with an outstanding range of motion, as well as hinged pegs at the shoulders, elbows, hips and knees, a swivel waist, swivel wrists and ball ankles.  Each joint is useful, and the result is a figure that can hit a number of very cool looking poses.  Whether brandishing his sword or lording over his skeleton army with his fist clenched, Baron Dark’s poseability only accentuates his dynamic sense of character.

I don’t have many complaints about this figure… overall, especially as one of the first action figures this complicated from October Toys, he’s a great success.  My biggest beef is the ankles, which are designed to bend backward but not forward, due to the sculpt of the fur boots that drape down Dark’s shins.  The lack of range in the ankles, combined with the back-heavy nature of the cape, leaves it kind of a struggle to get Dark to keep his balance.  My figure has taken a number of shelf dives in the first 24 hours since I opened him, and while I’m glad he’s tough enough to withstand a fall in one piece, I keep thinking how a simple tweak to the ankle joints (or a stand, packed with the figure) would have easily resolved this issue.

Baron Dark comes packed in a very sharp window box, complete with vintage illustrations of the character and a nice bio for both this villain and the Skeleton Warriors series.  While Baron Dark was first made available through the Kickstarter, he is available now directly from October Toys.  Want to add this Skeleton Warrior to your army?  Click Here to order yours today. 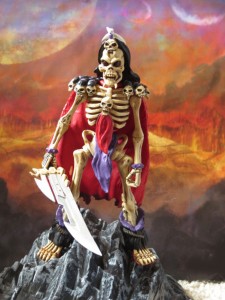 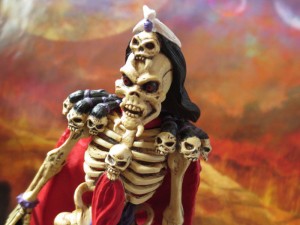 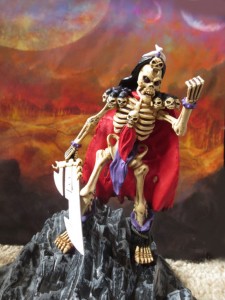 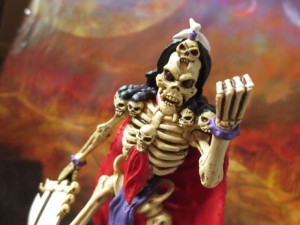 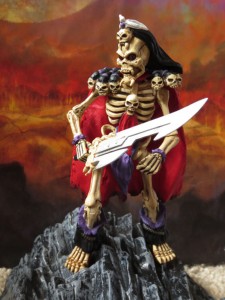 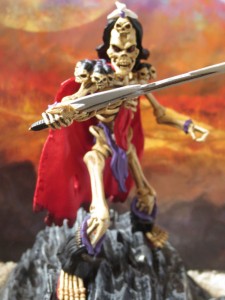 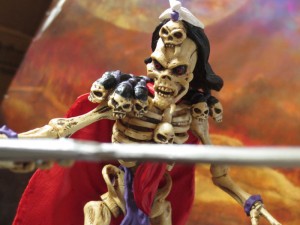 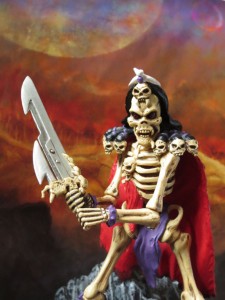 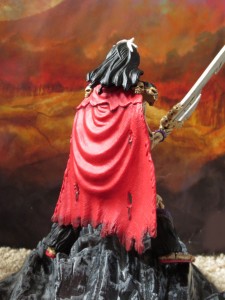 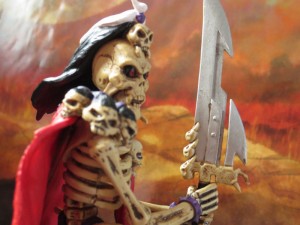 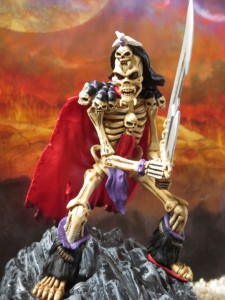 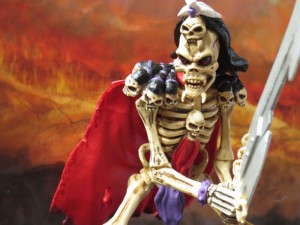 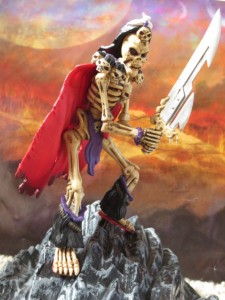 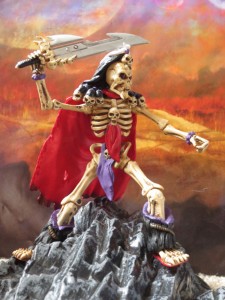 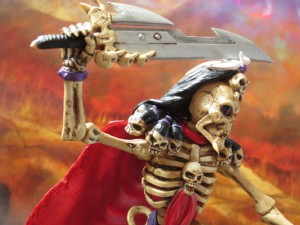 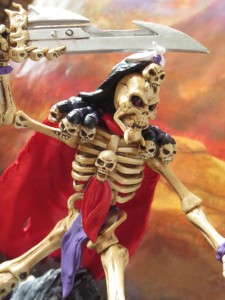 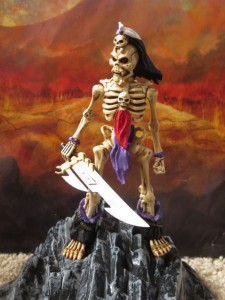 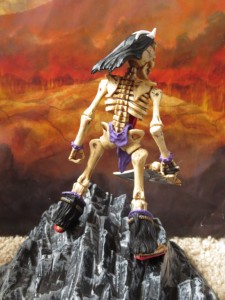 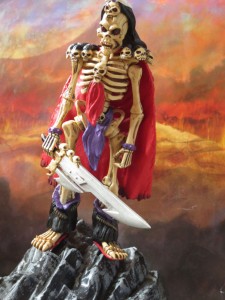 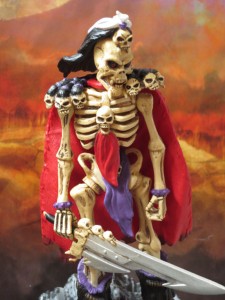 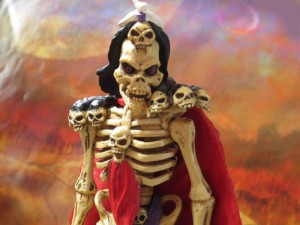 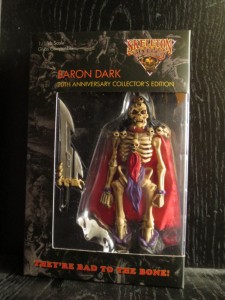