Back To Basics: MOTU Filmation Hordak 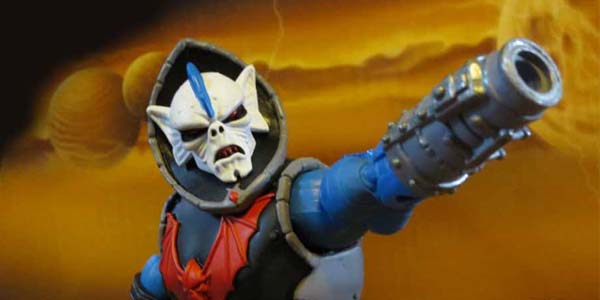 Mattel’s Masters of the Universe Filmation Hordak is simple, unique, sort of lazy… and makes for the ideal Comic Con exclusive.

Mattel kind of dialed things back with many of their 2014 Comic Con exclusives, including the MOTU offering, Hordak in his Filmation colors.  It’s not that there wasn’t interest in this variant– the blue-skinned Horde leader has been something many fans have wanted out of the line for years– and this seemed like a perfectly logical addition, a new Hordak to compliment the Princess of Power figures, while the oriignal, grey skinned vilain could reside on the Masters shelf.

But still, after ambitious releases like the Rock Men and the accessory-loaded Vykron, a single figure that’s basically a kitbash repaint with a new pack-in sidekick seemed much more conservative.  One would assume that if Mattel was downsizing the scope of their exclusive, they would double down on the figure itself, making sure to get every aspect of Hordak’s animated appearance down to a tee… right?

Well, not really, no.  The majority of the figure is exactly the same as the original release Hordak, with a new paint deco.  We lose the cape (accurate to this look) and gain a swap-out left arm that represents the cannon weapon Hordak could morph his limb into.  The arm isn’t new, it’s an Icarius upper arm with a Hurricane Horday forearm, but it works well enough.  And I do like the robotic hand which can be plugged in to the weapon for another look.

Other than the arm, this Hordak is identical, even down to the head, easily the biggest missed opportunity with this guy.  Hordak’s face was quite different in the cartoon series than his toy, certainly different enough to warrant a new portrait for this figure.  I can chalk up the reused weapon arm to clever parts swapping, but the lack of a new, show-accurate head really feels like laziness to me.

What I will give this figure’s design is how striking the bold, primary colors are.  Hordak’s head is now a true white, and stands out very well against the black and grey armor. This dark gear also offsets the royal blue of Hordak’s skin (there’s even a fun bit in his bio explaining his blue skin, a reaction to the “natural magic” in the climate of Etheria), making for an eye catching toy.

Filmation Hordak includes his staff and the previously mentioned alternate arm, as well as the Imp, his bat-like minion from the She-Ra series.  The Imp is well scaled at a little less than 2″ tall, and fits well stylistically with the likes of other sidekicks such as Kowl,  Imp manages to win because despite his smaller size, he sports a swivel head and shoulders, which while not leaving him super-articulated, does seem to embody Mattel’s response to the complains about the statue-like nature of previous Filmation creatures.

Any Hordak sold directly at the show in San Diego also included a second Imp, morphed into a treasure chest, as an exclusive pack-in.  This is another all-new piece, and came out pretty good– the Imp’s face on the side of the box is silly and fun, and kudos to Mattel for actually making this chest functional, with a top that opens to store any (smaller) accessories you desire.

Mattel’s Hordak exclusive was getting a lot of flack when he was announced, and it’s hard to argue that some of that push back wasn’t justified… especially the off-model head reuse.  But I’m all for reducing the bells and whistles on Comic Con exclusives– there’s so many of us who can’t make it to these shows, based on ability to travel, money, or now even if you can buy tickets to the thing– so I’m glad to see so many companies offering less unique and more non-essential toys as their show exclusives.  If I missed Filmation Hordak, I’d still have the Club Eternia version.  And if I really wanted the Horde leader in his show colors, I could easily repaint the first figure for the same effect.

In that respect, I think Mattel did a great job with their Comic Con stuff. They ffered everything on Matty Collector after the show, meaning any non-attending collectors still had a shot to purchase them, and on top of that many of their items followed the Filmation Hordak model– he’s pretty cool, but not a figure whose absence will leave a hole in your collection. 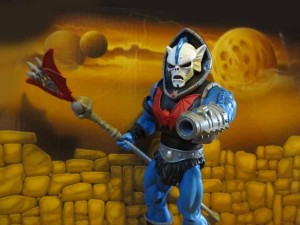 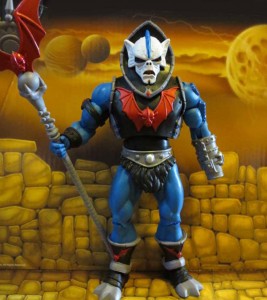 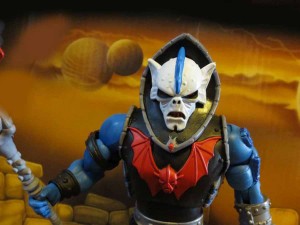 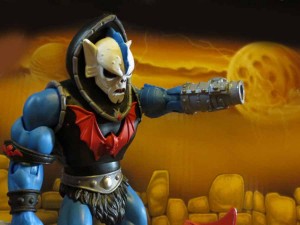 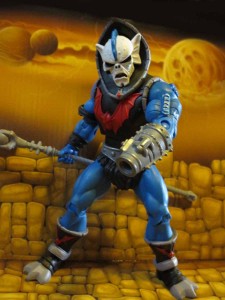 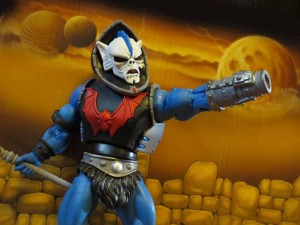 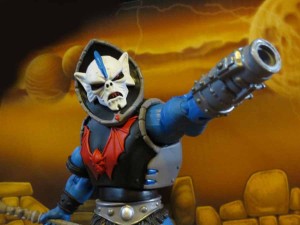 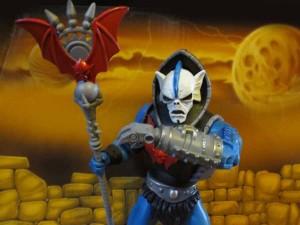 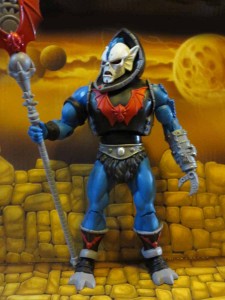 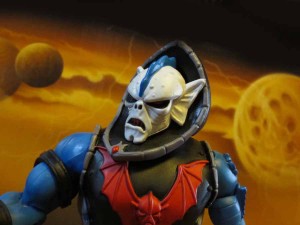 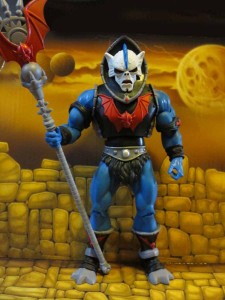 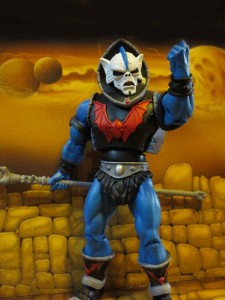 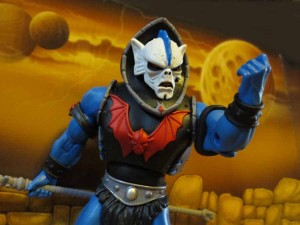 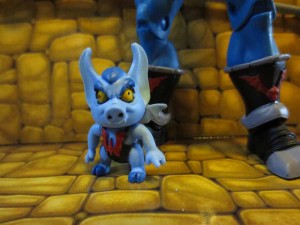 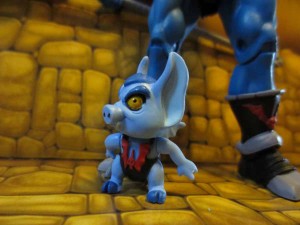 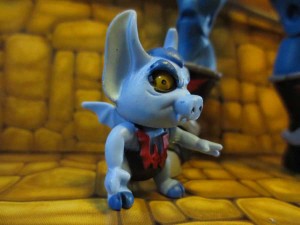 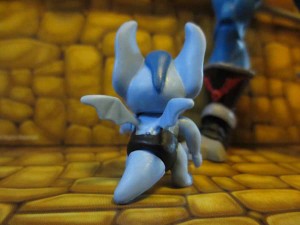 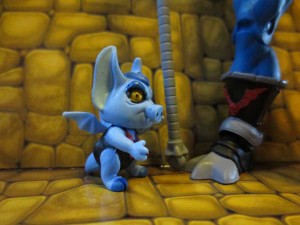 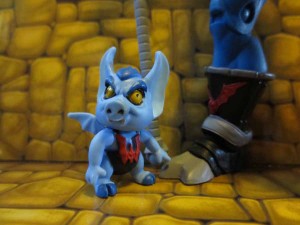 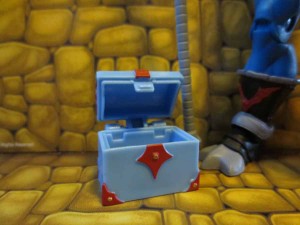 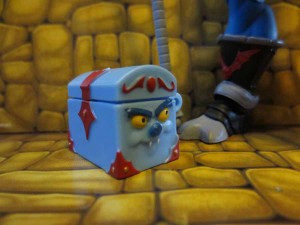 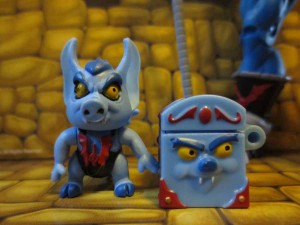 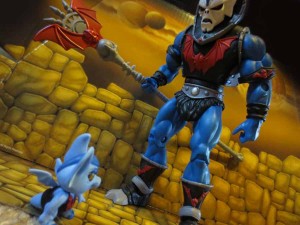 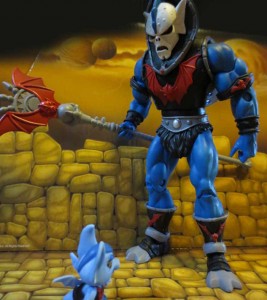 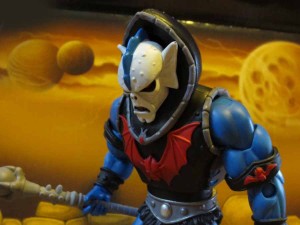