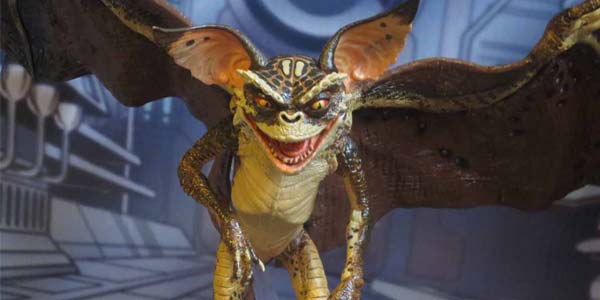 NECA’s New Batch takes to the skies with the deluxe Bat Gremlin figure.

It’s been a minute since we’ve seen a new Gremlins action figure, but NECA managed to release another brand new mutant monster to join their awesome collection.  The Bat Gremlin shares the scale with the previous Gremlins figures, but sports a fantastic all new sculpt that totally nails the skybound critter’s unique appearance.

True to his name, this Gremlin features a massive pair of bat-like wings, which may be some of the finest I’ve ever seen rendered in toy form.  There’s a heft to the rubber wings that corresponds brilliantly to their massive 12″+ span and their overall pliability.  Add to the mix a very secure wire frame in the arms, and what we get are a set of wings that not only drape with a fantastic realism, but which can hit any number of awesome poses, whether arched, wrapped around the figure, or fully unfurled.

The Bat’s proportions are unique among Gremlins, with shorter arms, more tapered legs, and curved, bat-like ears, which feature a hinge joint allowing them to be posed in various places around the critter’s head.  It’s a remarkably effective point of articulation that, when added to the fantastic double-ball jointed neck and hinged jaw, affords this figure an amazing degree of expression and personality. 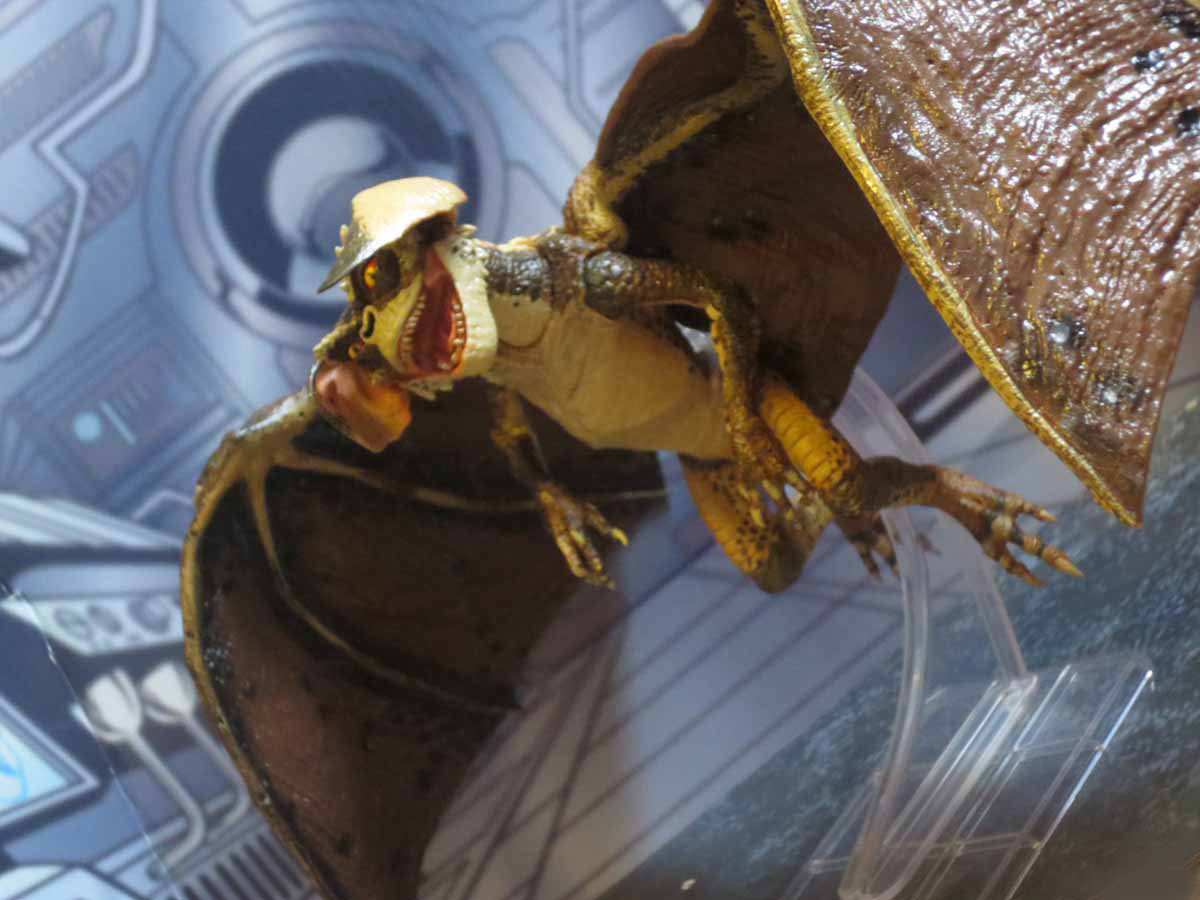 Aside from the bendable wings and next-level articulation in the head, the Bat sports what you’d expect based on previous Gremlins, such as ball shoulders and hips, hinged elbows and knees, and ball wrists and ankles.  The heavy wings and narrow feet make standing poses sort of a challenge, but c’mon– are you really going to pose the Bat Gremlin in a standing position… especially when he includes a great flight stand which allows him to take to the air??  The flight stand clips securely around the Bat’s waist, and supports the figure and massive wings very effectively, which allows this guy to be posed in a number of flight poses.

Sculpted detail and clever engineering are only two facets of what makes NECA such an outstanding toymaker, and the Bat Gremlin’s excellent paint applications complete the trifecta.  The Bat features brown and tan skin, with the same great glossy, reptilian finish we’ve seen on previous Gremlins.  The spackled black dots, red and yellow eyes, and pinkish mouth and ears complete the creature’s pallet, which adds depth and realism, making it look like this Bat just stepped– er, flew– off the big screen into the third dimension.

I think it’s safe to say we’re past the point of seeing waves of basic, single-carded figures in NECA’s Gremlins series, but deluxe one-offs like the Bat and 2014’s Spider Gremlin have been able to keep this excellent toy line moving forward.  The Spider sold well enough to make the Bat a reality, so fingers crossed this guy will be just as popular, so we could see a few more of the weirder Gremlins mutants as rendered by NECA.  We’ll reportedly see a re-release of the retro video game Mohawk Gremlin in his movie colors later this year… and If we could get a Brain, a Greta, and a Vegetable Gremlin to join this line down the road, it would feel pretty damn complete. That’s all contingent on the Bat Gremlin being a success, and that means you should totally buy one now from NECA’s eBay store, Toys R Us or other specialty retailers.  If you’re a fan of Gremlins 2: The New Batch, you know this guy is a must-have character, and NECA’s action figure pulls out all the stops, making him not only one of the best Gremlins in the collection, but one of the best designed toys I’ve seen this year. 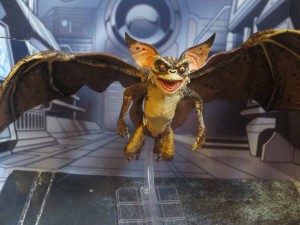 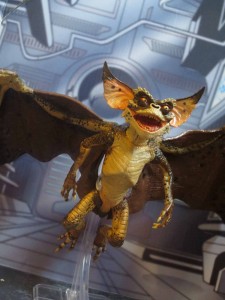 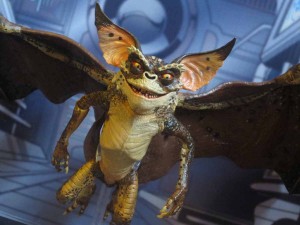 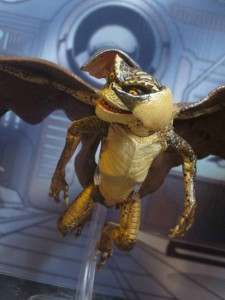 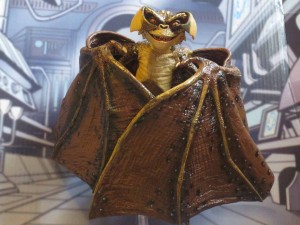 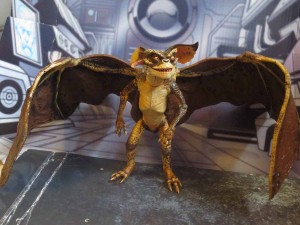 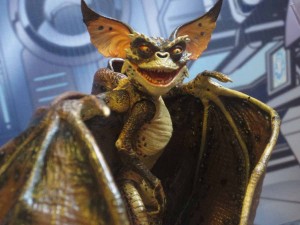 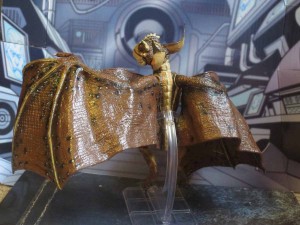 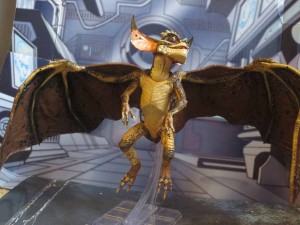 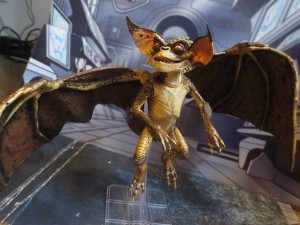 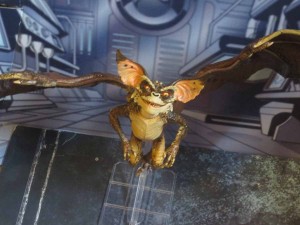 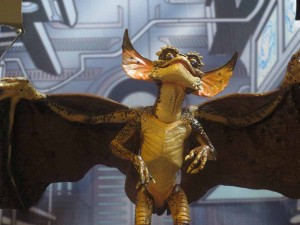 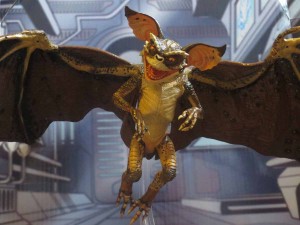 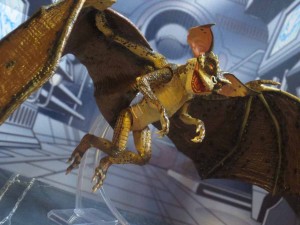 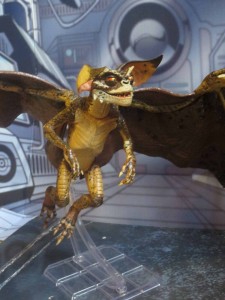 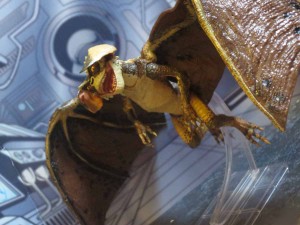 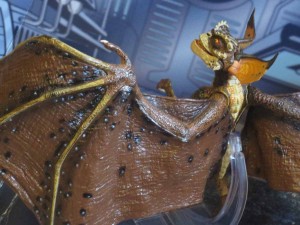 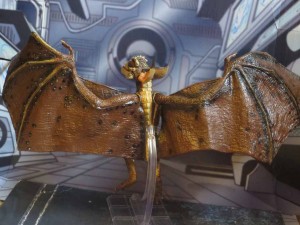 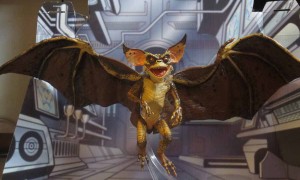 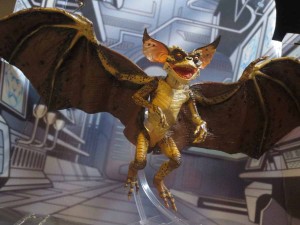 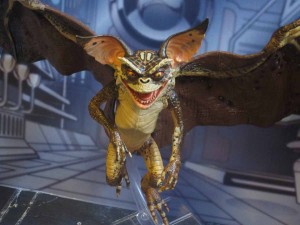 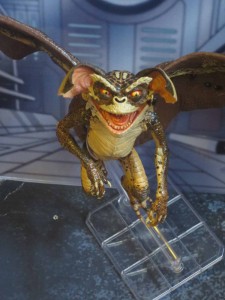 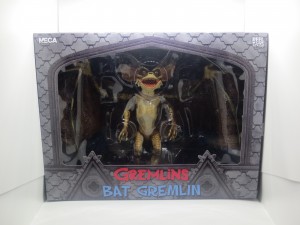 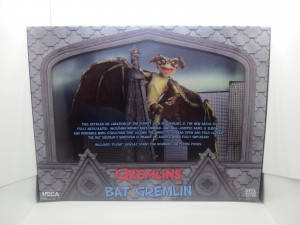