What’s Black, White and Green All Over? 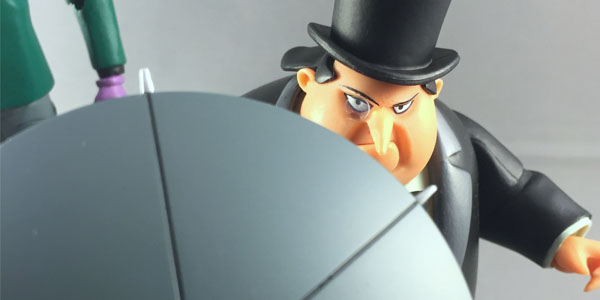 The two newest villains from the DC Collectibles Animated line, The Penguin and Riddler of course!

The first Animated figure I got back in the early 90’s was Penguin, followed by the Riddler. I can remember when action figures were in aisle 7-C at Toys R Us and when I had to pick between the Riddler or Two-Face when food shopping with my Dad. These were two figures I wanted since the line started, in fact two years ago my number one request was this version of the Ridder.

This should be the definitive line for the series, but there are minor issues with the overall line. I think they are following the show designs too much. I know for a collector to say that is unheard of, but the best part of the Kenner line of the 90’s was the figures look without making them top heavy. The tapered legs of Riddler makes it hard to stand him unaided, but the look the colors, and the accessories make it easy to forgive the legs. He is the Riddler from the show in 3-D, and a sunning figure with the green jacket. The color issues on the original prototype were corrected, showing how committed DCC is to listening to the fans.  Finally the smirk is spot on.

The Penguin is the most stable of the line. From his flipper hands to his monocle he brings Cobblepot to life. There are open and closed version of this umbrella, showing off both side of this gangster. The size and shape of the figure do limit the ability to pose him, but how many action poses do you need for Penguin? The darker colors also help him to stand out to the rainbow of villains in this line.

Both figures are spot of for the original design of the characters from the show. These are hard to pass on, they bring the designs to life, with a few gun accessories. 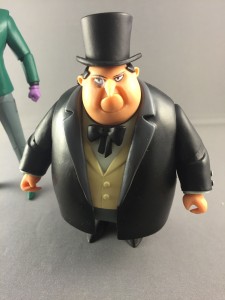 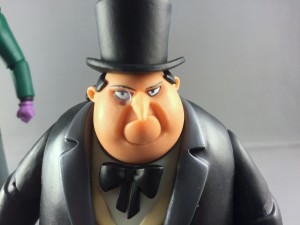 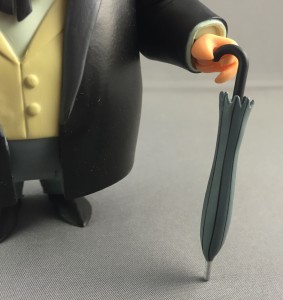 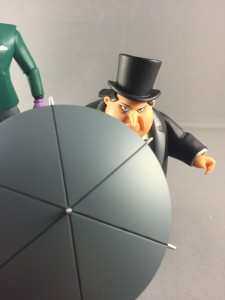 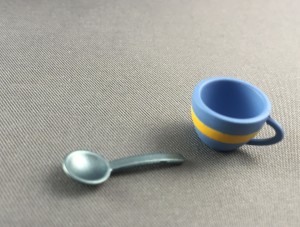 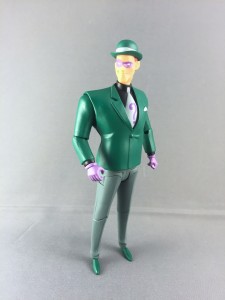 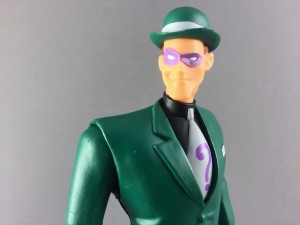 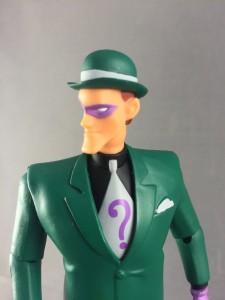 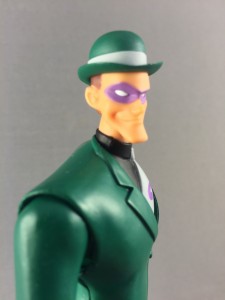 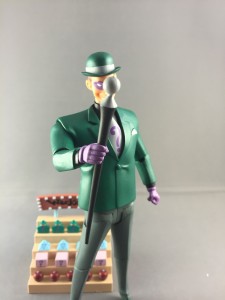 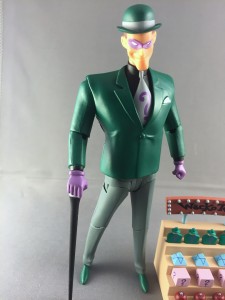 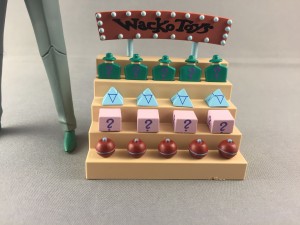 Thanks to DC Collectibles for these review samples.