Batgirl and the Back Breaker 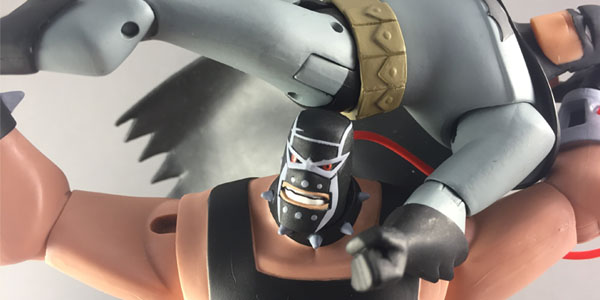 The colors are crisp on both of these two new characters. It is hard to think of Bane in black, gray, and a couple of red spots as eye popping, but the figure just pops. He is one of the largest figures we have gotten so far, but suffers from the Timm designs and the solid upper body weight can’t be supported by his toothpick legs. It is a shame, but the rest of the figure is sold. He is light on accessories compared to the rest of the line, with only a few extra hands. Where he shines as a figure is the detail work from the neck up. There was lots of room for errors, but the lines on his mask and the collar are spot on.

Batgirl is the opposite, able to stand unaided, comes with a ton of accessories, and looks great with the rest of the team. There is a question about the cowl, and if it should be higher around the eyes, but it does not distract from an over all great figure. There is one minor issue with the one of the hands not being fully painted, and an issue with her moving her head. I know female figures have stiff necks, but in this case it might be more of a style and design issue. After getting Roxy Rocket and seeing how easy her neck moves I had hight hopes for Batgirl, but she is stuck. It might be the cape that takes up the extra room or the modeling of the hair, but either way her range of motion is impeded. Issues aside, the figure is well constructed, and the worry about broken joins, even on a figure as thin as her, is gone.

The line continues to impress, and has a long way to go to complete the Animated roster. 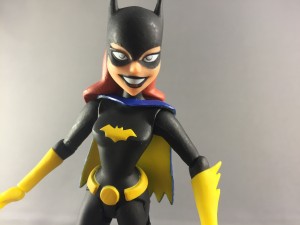 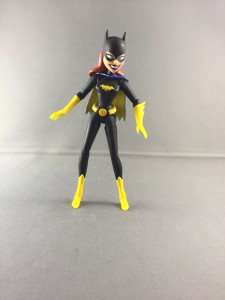 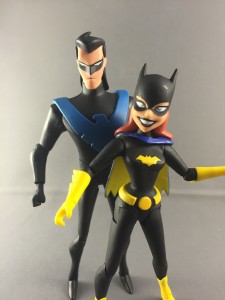 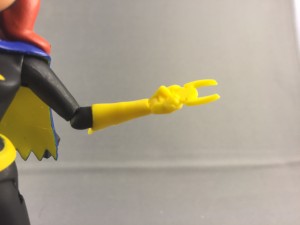 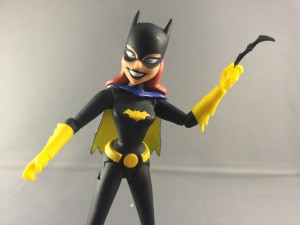 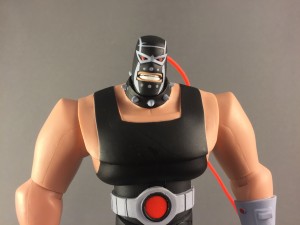 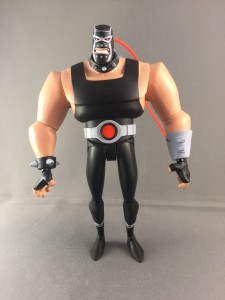 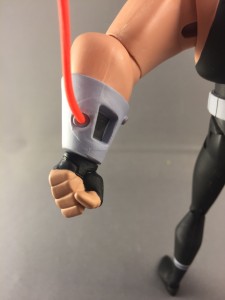 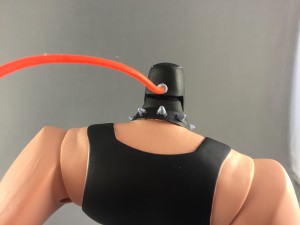 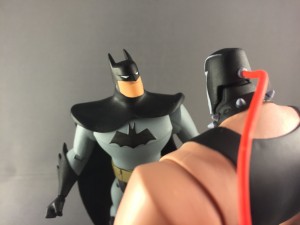 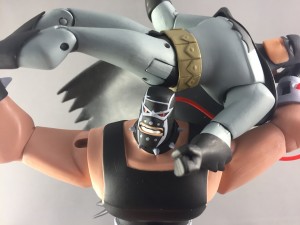 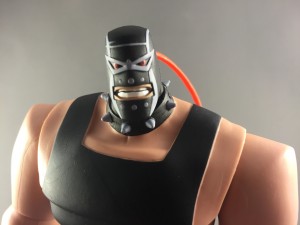 Thanks to DC Collectibles for the Batgirl for review and Mike’s Comics and Stuff for Bane.