Can Batgirl Fight On Without Gail Simone? 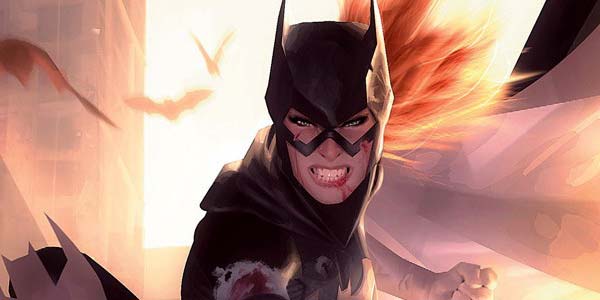 Since 2011, Batgirl has been written by Gail Simone. Now three years later, Simone is signing off on the title (this time on her own terms) with issue 34 that came out August 13th.

I for one have absolutely LOVED Simone’s take on Barbara Gordon and her alter ego Batgirl. There was the brief stint in 2012 when she was fired via e-mail from the book by DC, but with the backlash from fans, they brought her back two weeks later, a testament to how well received her run has been.  Issue 34 did not disappoint, with Simone adding in cameos from just about all the female characters DC has to offer. With amazing pencils by Fernando Pasarin you do not want to put this book down.

Issue 34 of Batgirl (like all the others in DC this month) is the jumping point that will collide the DC titles with the Future’s End books in one gigantic cross over. The story sets up a “final” type battle with Knightfall and her hired help, versus Batgirl and as mentioned EVERY DC heroine in the stables. The battles were exciting and fun to read and look at.

But the question remains with the new creative team coming in– Can Batgirl stay on par with the rest of the monthly books without Simone’s personal touch on the character? Yes, sometimes a fresh take is good but the first thing this new team is doing is changing the costume and making Babs look younger than she has since Batgirl: Year One. For me Simone had something with Batgirl some will compare it to the magic Paul Dini had with Batman: The Animated Series… you can not put your finger on it but you know something special is there.

Gail Simone may have signed off on a high note, but when you have that much invested into a character can you really stay away forever? Here’s hoping that Simone comes back soon because she will be missed by JQ!!! Thank you Gail for the years of AMAZING Batgirl stories!!