Has Batman: Arkham Knight Been Spoiled by the Exclusive Statue? 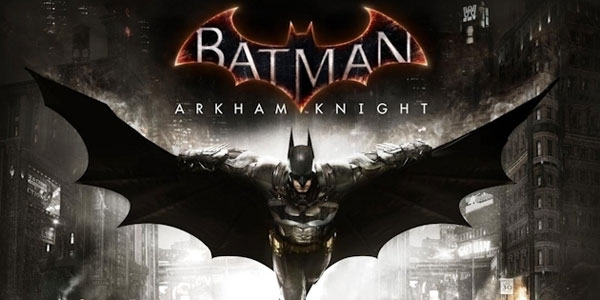 Has the newly released picture of Batman: Arkham Knight‘s special edition given us a possible spoiler to the end of the game, or are the fanboys overreacting?

Please do not read further if you are sensitive to spoilers, but it is unclear if this is in fact one at all. The 12-inch statue of Batman standing over Gotham City is available as part of the game’s limited edition bundle.

Okay, here is what has Fanboys and Fangirls up in arms. The inscription on the statue reads: “From a Grateful City, in Memory of the Gotham Knight.” 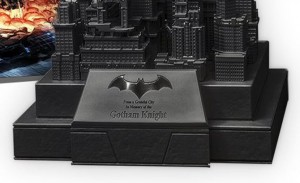 Does it suggests that Batman will be killed off at the game’s conclusion? Many have commented that Rocksteady would NOT do this to the franchise they worked so hard to build. Some have also commented that this is and could be like Christopher Nolan’s The Dark Knight Rises, where Batman is presumed dead and someone takes the mantle.

Batman: Arkham Knight will be available for PS4, Xbox One and PC on June 2, 2015. You can preorder now at any place that will sell the game. I know Gamestop is sold out of preorders for the Batmobile Special Edition, but with news of the stature coming to light, it seems likely this one will be next to sell out.

What do you think about this? Is it a possible spoiler or just people gone “batty” over the unknown? Chime in… we would love to hear from you! 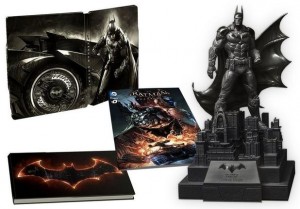