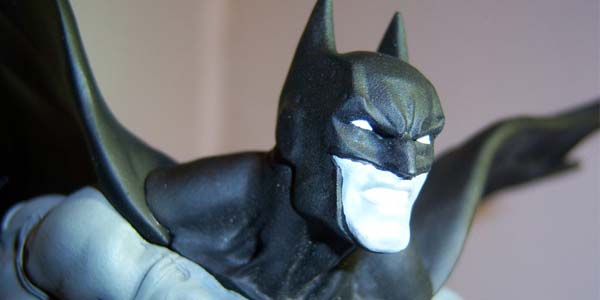 DC Collectibles keeps the good times rolling with these beautiful works of art. The newest addition to the Batman: Black and White statue series is out in comic shops and online outlets now.

The new statue on the shelf is designed by Carlos D’Anda who was a concept artist for the Batman Arkham Asylum video game. This was his vision of Batman for the hit game by Rocksteady Studios. The statue was sculpted by Erick Sosa.

Batman stands at almost 8″ tall as this is a tad taller than most of the statues in this series. I would account this to the way the cape is flared out in full span. Batman is posed in full on action mode ready to go with dual batarangs ready to serve justice to the inmates of Arkham. 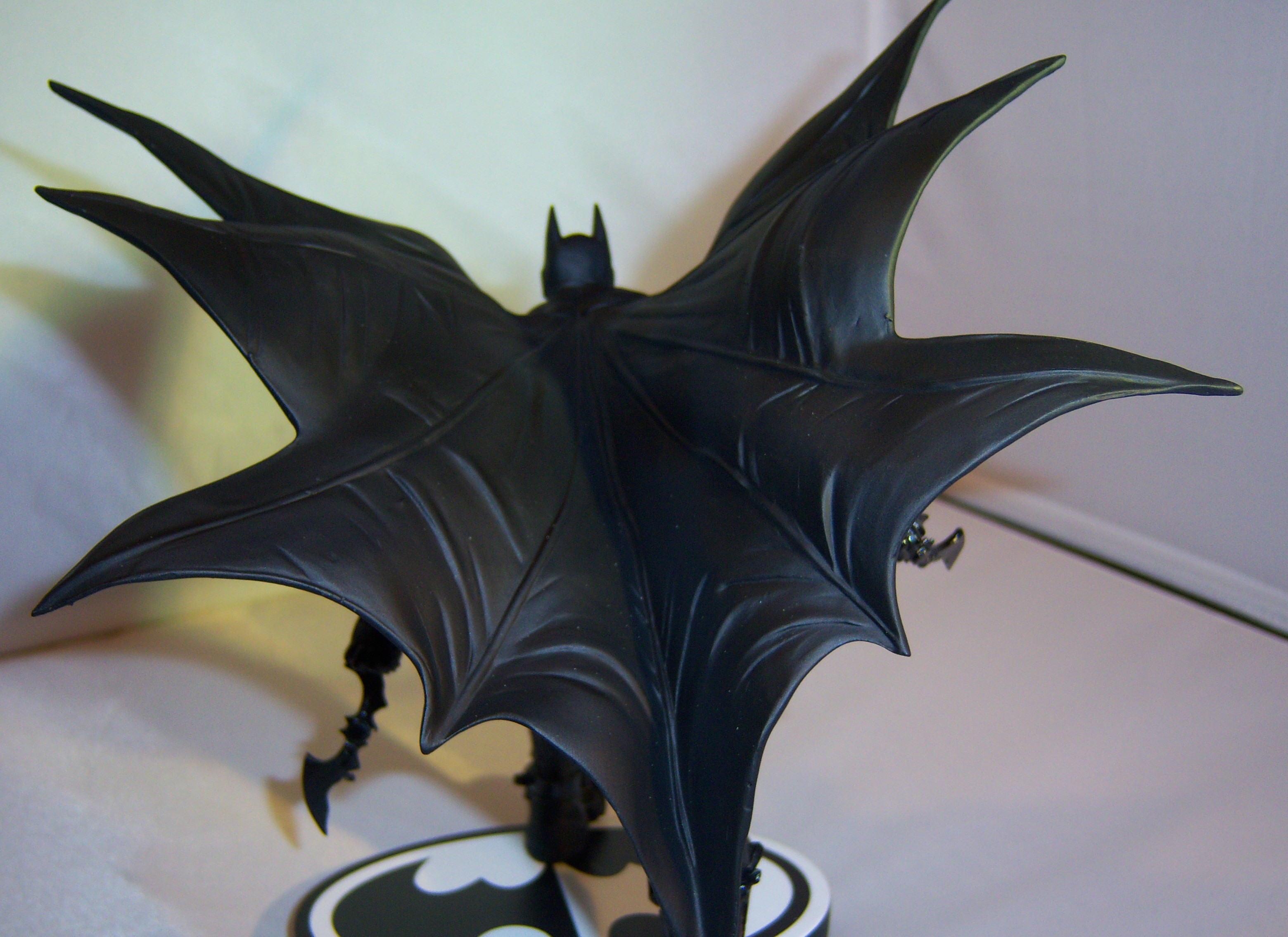 As mentioned before the cape is flared out and there is (again) detail left spared you can see every wrinkle in the cape. Paint application is again amazing and impressive. Batman’s muscle mass is finely detailed as is his costume. You can see from this early concept they kept the gauntlets, boots, and cape the same in the final game release. 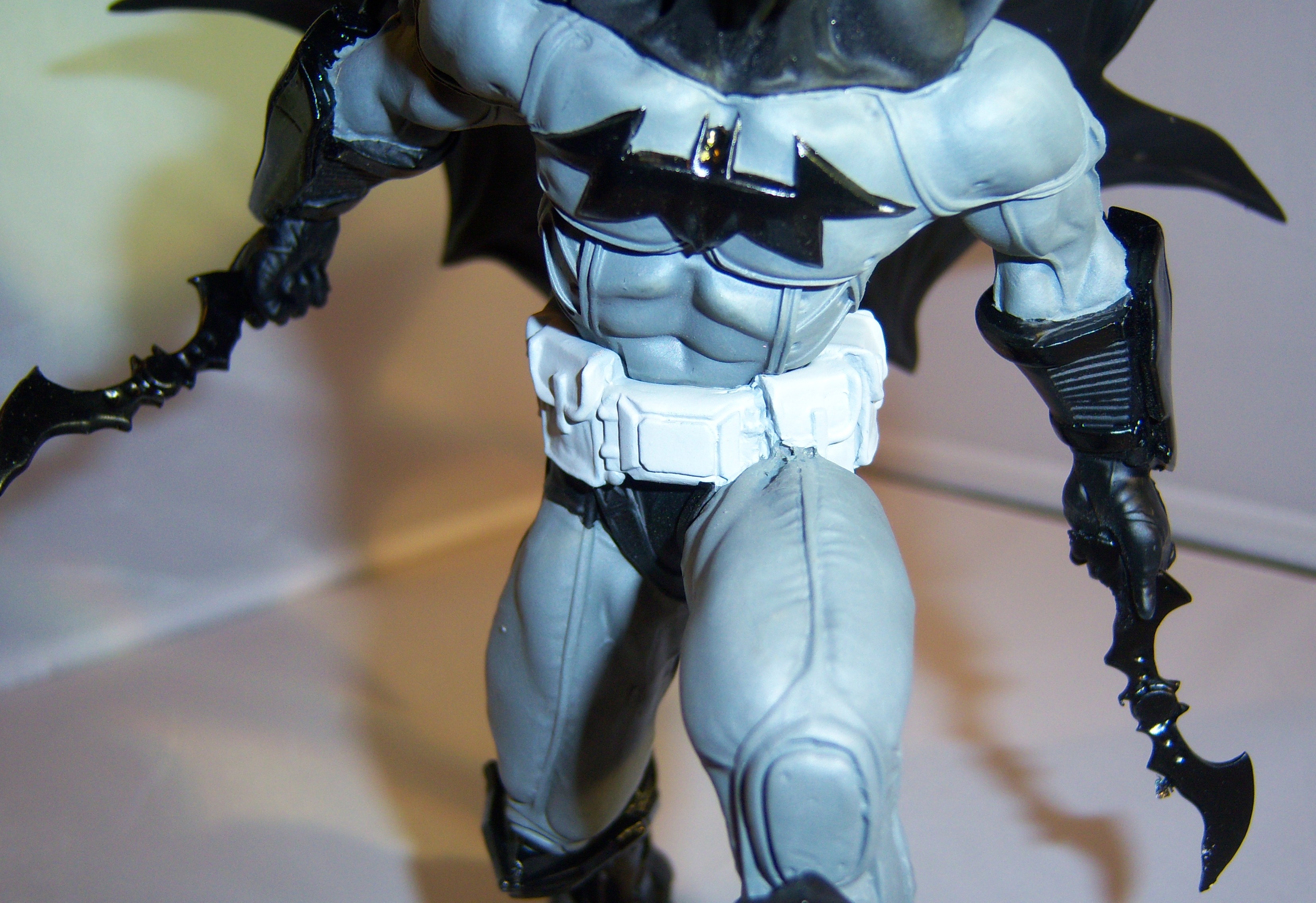 This statue is a MUST need for all fans of Batman and the Arkham series games. JQ gives this statue a 9/10. 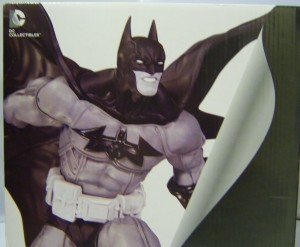 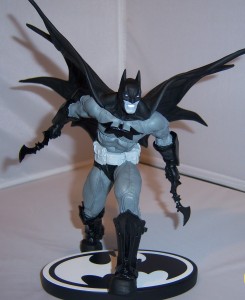 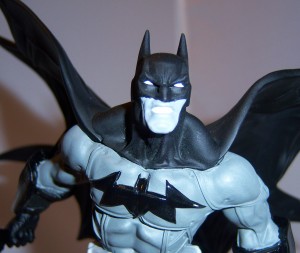 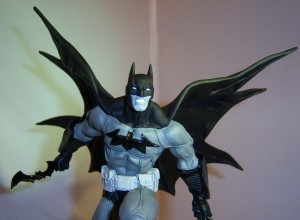 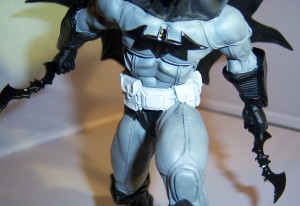 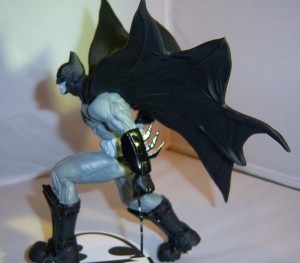 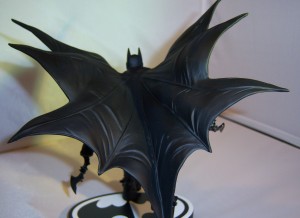 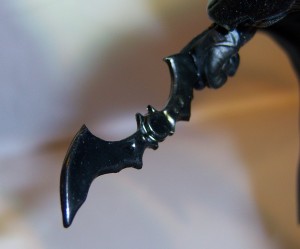 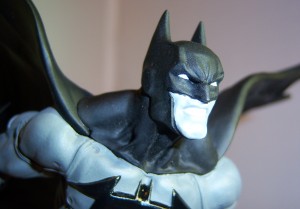