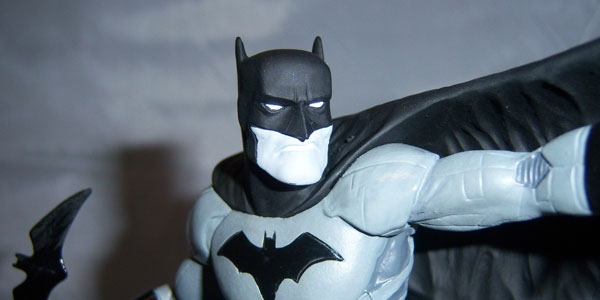 The fantastic Batman: Black and White statue series from DC Collectibles continues to impress us.

The newest addition to the Batman: Black and White Series is from Francis Manapul. Manapul.  The Filipino-Canadian comic book artist has some pretty good stories under his belt, and his Batman statue stands 6″ tall, featuring our Dark Knight posed for battle with Batarang in hand and grappling hook deployed.

The attention to detail from Manapul’s design is amazing. The way he caught the ripples of the cape really impressed me, along with the sleekness of his costume as seen in Superman/Batman (Pre New 52 Issues 60, 61, and 75). The breaks in the armor to show how Batman moves are seen here with amazing detail, thanks to the sculpt and the two tone of grey paint.

There is one very small gripe here, the different black paints used on the cape, cowl, gloves, boots, and symbol. Both a gloss and a matte were used, which I feel was unnecessary when either would have sufficed on its own. I do not know if this was a paint error from the factory or how they planned it, but the Batarang being matte with a glossy swipe actually impressed me, giving it a battle worn effect.

This particular Black and White statue does not stand out as one of the best in the series for me, but is still a beautiful piece to own if you are a Batman fan. JQ gives this statue a 6.5/10 just because of the paint issues. 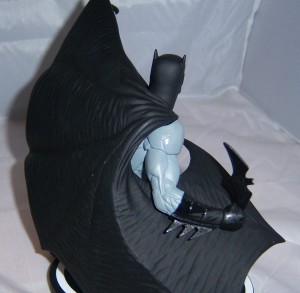 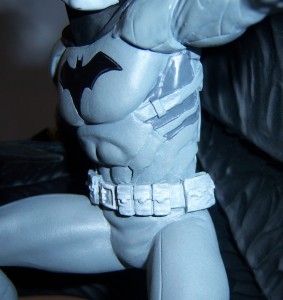 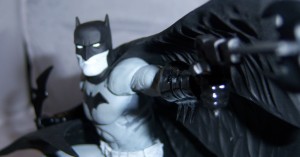 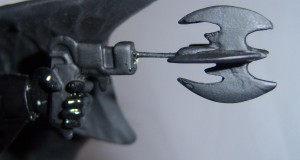 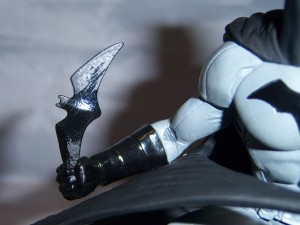 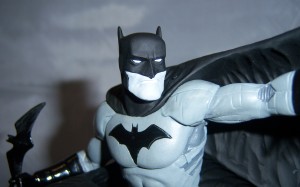 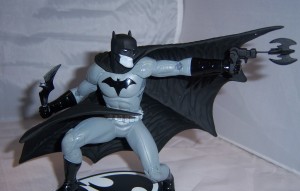 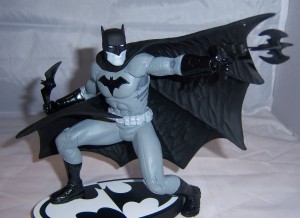 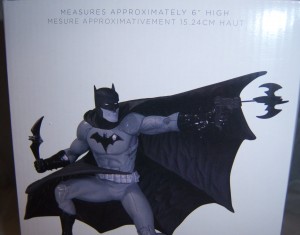 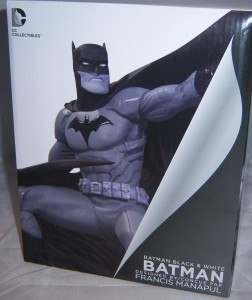