Batman Goes Off the Rails in Batman #60 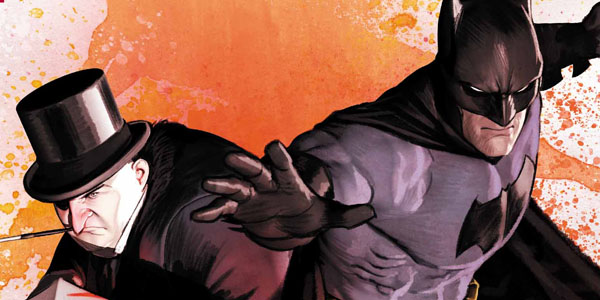 A guy who dresses as a bat and runs around the city beating people up surely has some issues, but has Batman finally lost all control? Beware…spoilers for the last few issues inside.

I have been taking a break from reading for the last few years. I stopped for a bit 5 yrs ago and it was hard to find a place to jump back in, but a few months ago I found a reason. My favorite character, Nightwing was shot in the head, and though his recovery has been happening in his own title, the shot heard from Gotham to Metropolis happened in the pages of Batman. I have been riveted by the Dark Knight tracking down the shooter, and up until now I thought I knew what was happening.

An angry father has been cutting through the Gotham’s underworld, well actually the whole world, to find answers. Each of the last few issues have been ending with a twist for the reader, and watching Batman descend into madness. We have seen him be brutal over the years, and while Jason Todd hurt him, Dick was his first son, and that has clearly damaged the man under the mask. This is not a quest for justice, this is a pure mission of pain. He is almost willing to do the one thing he has never done, well the one thing we all say he has never done, kill. His rampage though his rogues has made his two longest allies question their support of the hero of Gotham. Alfred fearing for his life as well as his family, and Gordon almost locking the Bat in Arkham with the crazies. This is the story that draws you in, and makes you want more. It has been a stunning look at the emotional toll this lifestyle takes on a man who has found and created his own family, and what he does when that family is under fire.

The issue comes to another stunning twist ending, one that make the reader question reality. Cold the final image be true, or will it just be the madness overtaking the Dark Knight?