Batman Returns Penguin Gets His Due In DC Multiverse Signature Collection 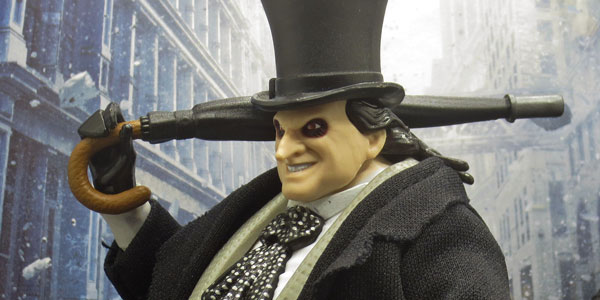 I really love Batman Returns. It’s one of my favorite Tim Burton movies, and one of my favorite Batman movies… it’s fearless in how bizarre it is will to get, in a way I don’t think we’ll ever see again in a big budget super hero movie. A big part of that profound weirdness was Danny DeVito’s performance as the vile yet tragic Oswald Cobblepot, better known as The Penguin.

The monstrous villain featured one of the coolest character designs of all time, yet he’s been painfully under-represented in terms of merchandising. Even back in 1992, Kenner’s Batman Returns toy line included a repainted Super Powers Penguin instead of an accurate toy based on the flipper-handed, egg-shaped bad guy. Mattel finally rectified that several years ago when they released a DeVito Penguin in their short-lived 3.75″ DC Multiverse series, but now they’ve also delivered a figure in the modern 6-7″ scale, as part of their DC Multiverse Signature Collection. 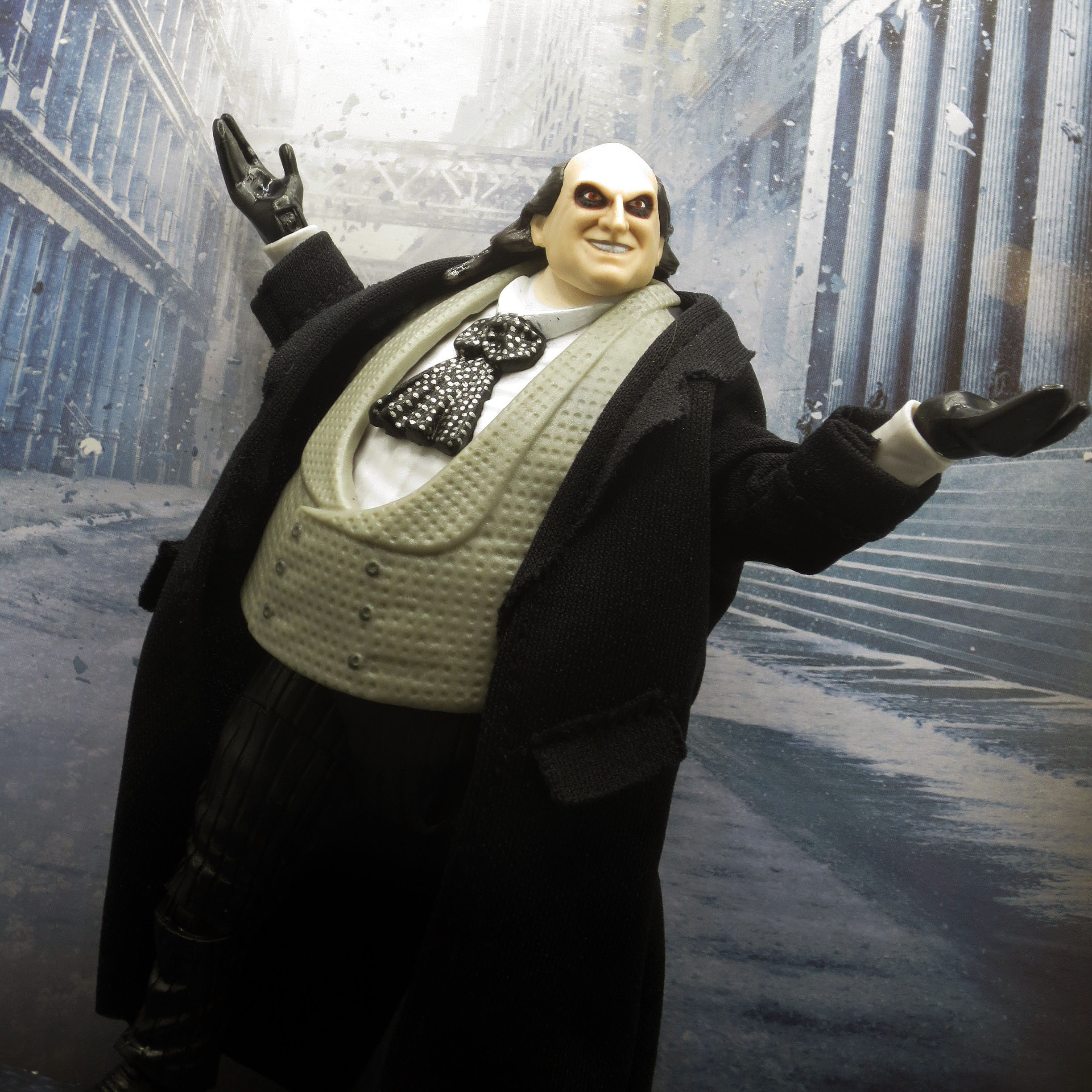 It’s a given that the existence of this Penguin figure is awesome, especially for anyone who loves the Burton Batman movies as much as I do. But how is the figure itself? While not without his issues, overall I think he’s really solid. The articulation is well designed, allowing for a fair range of motion despite Penguin’s strange proportions (I’m a particular fan of the ball jointed waist hidden beneath the rubber vest overlay, a well-hidden joint that adds a ton of personality to posing options). Early looks at the figure made it seem as though Penguin’s head rested too high on his shoulders, but I’m happy to report the neck allows the figure to properly lean his entire head forward, burying it lower toward his body to create a much more movie-accurate silhouette.

The head sculpt is… okay. The DeVito portrait doesn’t effectively come through, but one look at the beak-like nose, stringy hair, and red-circled eyes tells you immediately who this figure is. I think the issue is the sinister smile on Penguin’s face. A sneer would have worked better to capture DeVito’s on screen look, as that was Penguin’s most-prevalent expression in the movie. But what we get is definitely passable, and the best Returns Penguin sculpt we’ve seen in plastic apart from NECA’s quarter scale releases.

Penguin includes his top hat, a soft goods overcoat, an alternate pair of hands, and his umbrella with a bullet blast effect that attaches to the end. The top hat doesn’t fasten to his head in any really way, but it’s shaped to fit pretty well. It can balance on top of his head fine, or if you heat it slightly you can get a more snug fit that is less prone to fall off. The extra hands are posed to hold the umbrella, and add some nice alternative display options. While I would have liked this guy– as a deluxe style figure– to include more than one umbrella, I’m glad we get at least the one, and the bullet effect is a fun addition, even if it pales in comparison to the intricate blast effects we’re seeing from toymakers like Mezco.

The element of this figure that’s entirely up for debate is the cloth coat. I was ready to hate it, since I’ve never been a big fan of soft goods, but it’s actually well tailored. The fit doesn’t add unnecessary bulk to the figure, and it drapes quite naturally. I think I would still have preferred a rubber coat, but if Mattel opted for that, we’d lose the option to display Penguin without his jacket. I can appreciate the opportunity for multiple film-accurate looks which the figure provides thanks to the fabric coat. 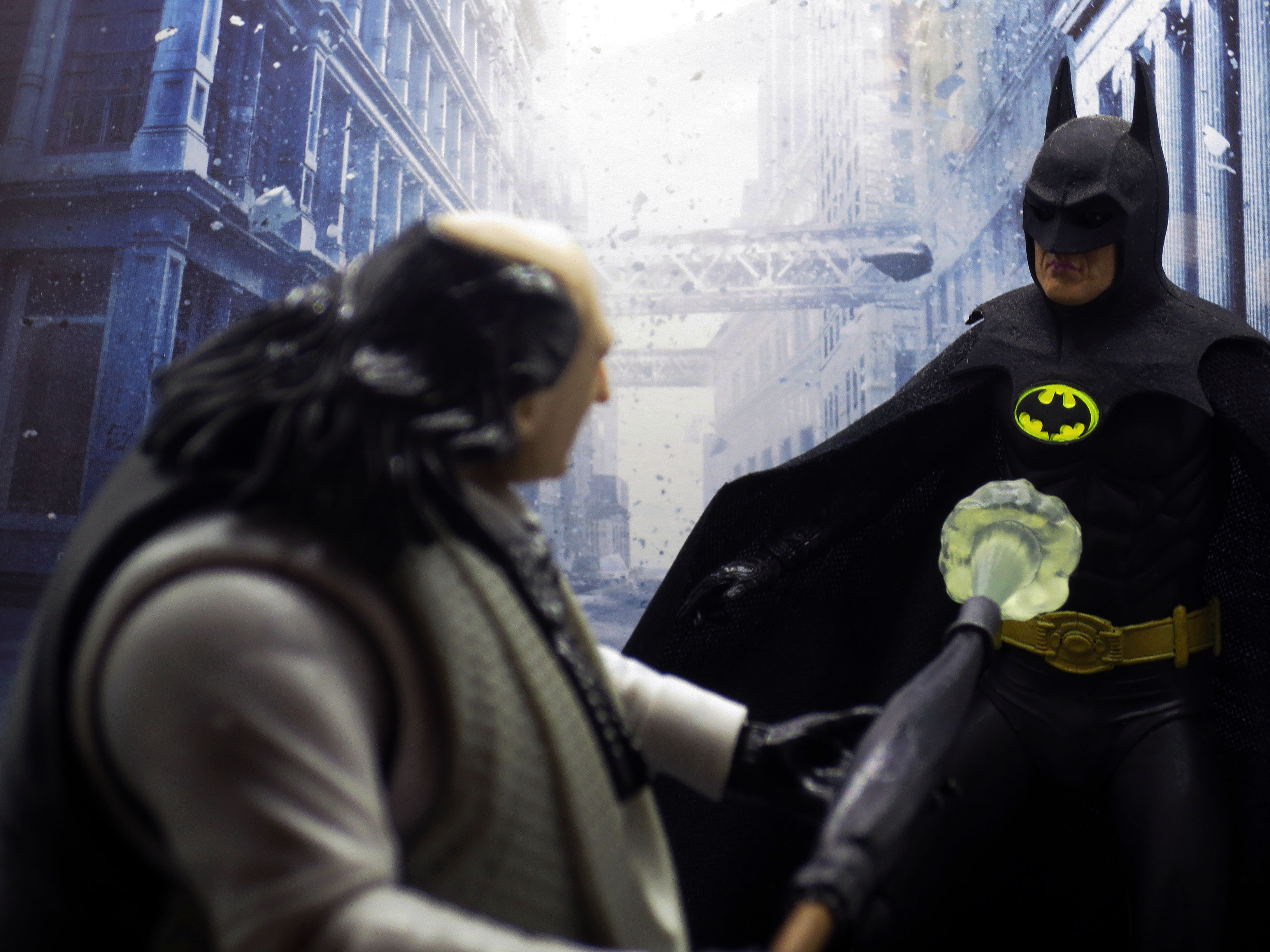 Penguin also includes the typical trappings of the Signature Collection, such as a display base with storage for extra accessories, a backdrop with a portrait of the character from the movie, and a flight stand, which doesn’t have many practical uses with this figure, due to his small size and intentional lack of dynamic action poses.

The biggest appeal of this figure is his scale, as he fits in perfectly with NECA’s 7″ Keaton Batman. The two look great together, and bring us one step closer to a roughly 1/12 scale Tim Burton Batman collection. Of course I’d still buy a NECA Penguin in this scale could that ever happen (worth noting: it can’t), but as it stands Mattel’s DeVito Penguin can hold his own going beak-to-shoulder with Batman. 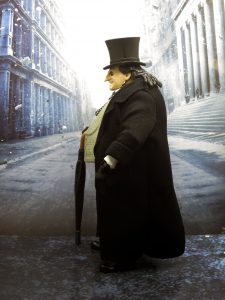 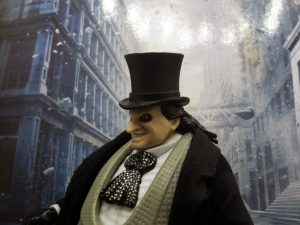 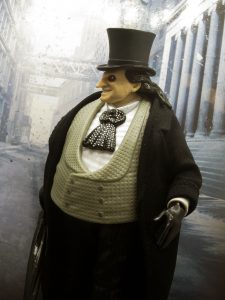 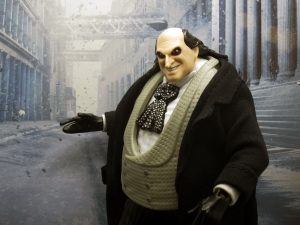 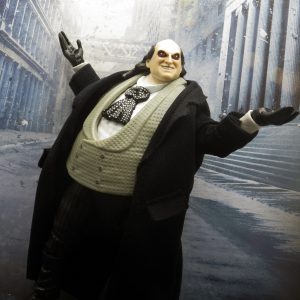 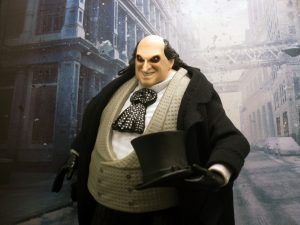 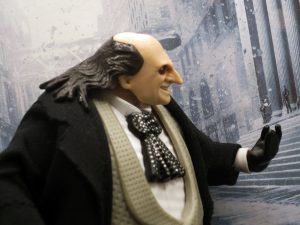 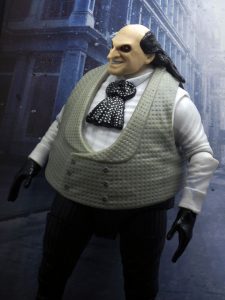 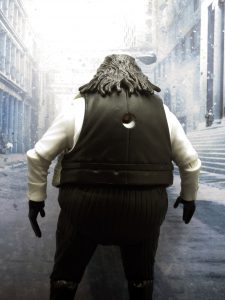 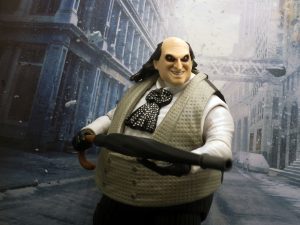 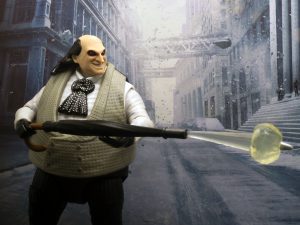 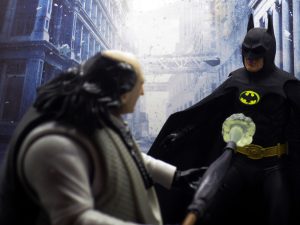 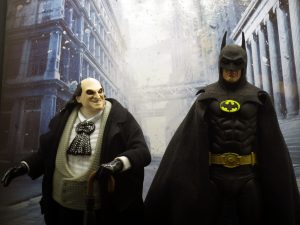 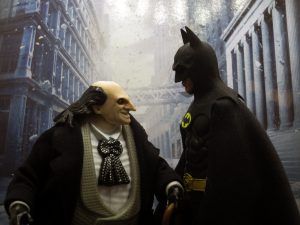 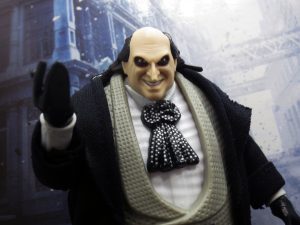 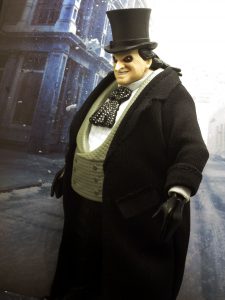 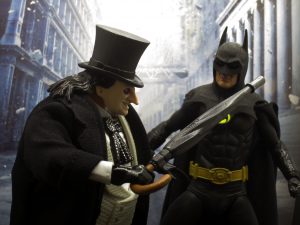 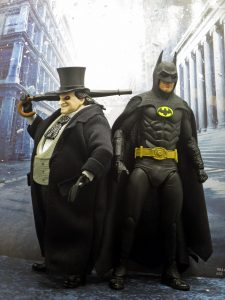 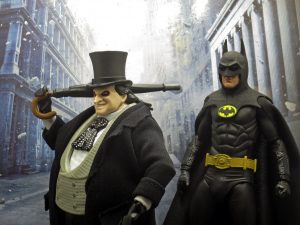 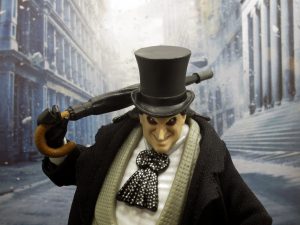 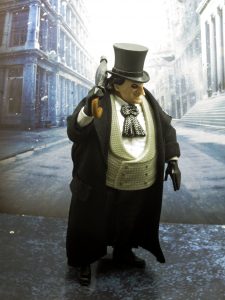 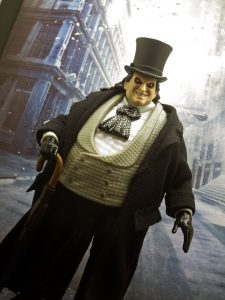 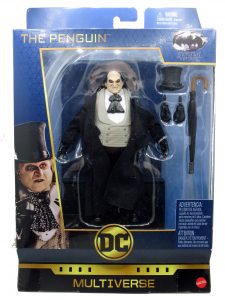 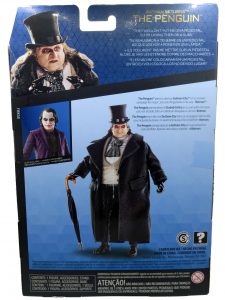