I Don’t Know If I Liked BATMAN V SUPERMAN 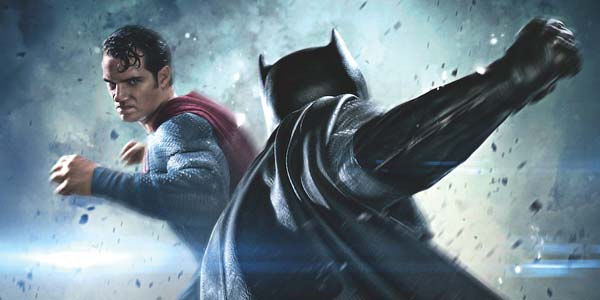 I saw Batman v Superman. Here’s some spoiler-free thoughts on it.

DC’s shared cinematic universe is set to kick off with Batman v Superman: Dawn of Justice, and they have certainly decided to jump in head-first.  Batman v Superman features everything we knew it would– loads of new characters being introduced, huge bombastic set pieces, a hyper-aggro score full of Hans Zimmer sounds, and– of course– lots of CGI carnage laying to waste the fine cities of Metropolis and Gotham.

It was obvious there would be a lot on the surface of Batman v Superman, and is there ever.  But what surprised me most was that the film is also quite jam packed below the surface– it takes on some refreshingly big, heady ideas and wants desperately to make a statement about these ideas, even if it never really manages to get those points across clearly.

In some ways, Batman v Superman is a huge success.  Ben Affleck does good work as Batman, making the most of the few scenes where he gets to actually do Batman-type things, like rough up goons and lurk around in the city’s shadows.  Most of his time is spent dealing with bigger, more outlandish things than we’re used to seeing the Dark Knight face, and Affleck does a great job of maintaining the hero’s authority, even as he realizes he is very much out of his league here (pun intended, sorry).

And I cannot say enough great things about Gal Gadot’s Wonder Woman.  She is perfectly realized for the big screen, and adds a great sense of energy and fun into what otherwise tends to be a grim and brooding super hero affair.  I’ve loved Gadot since her turn in the Fast and Furious series, but her take on the Amazon is a star-making performance.  Tall and stunningly beautiful, Gadot carries herself in an other-worldly manner, long before we even see her in costume… and when she finally joins the big end fight, she got the biggest pop of the night from my audience.  Batman v Superman may not have left me 100% confident in the future DC Cinematic Universe, but Wonder Woman’s solo film has jumped to the top of my must-see list.

The world building also works pretty effectively.  There are cameos from familiar (and not-so-familiar) characters, which are woven into the story organically, and the result is actually smoother than what we’ve seen from Marvel’s more world building-oriented movies like Iron-Man 2 and Age of Ultron.  For a story this jam-packed (it pulls liberally from both Frank Miller’s Dark Knight Returns and the Death of Superman story arc), it manages to flow pretty well without feeling bloated and over-stuffed, which might be Batman v Superman‘s greatest accomplishment.

All that stuff is so good, it makes it hard to say I outright disliked this movie.  But it most definitely has a lot of problems, too, on every level.  Henry Cavill gives it his all once again as Superman, but despite the fact that this movie makes it abundantly clear the filmmakers listened to the criticisms of Man of Steel, they still maintain a fundamental misunderstanding of this character.  They don’t get Superman, and that is a bigger problem than ever, considering they’re now making him one of the cornerstones of the new DC movie continuity.

Jesse Eisenberg’s Lex Luthor is an even bigger misstep.  I was really intrigued by this casting choice, and Eisenberg has done some really great work in the past, but his Lex is simply unbearable.  There’s no logic to his behavior, and nothing that suggests he could feasibly be an entrepreneur or pillar of the Metropolis community.  This is one of the biggest flaws in both Luthor and Bruce Wayne– they’re terribly one dimensional.  I could not tell you what either one of them does when they’re not being a villain or a hero, respectively.  It’s mind boggling to me that we could get such a note-perfect Wonder Woman, while the same filmmakers totally miss the mark on these other iconic characters.

There’s a lot of internal conflict in the logic of this movie and its characters, and that weighs everything down.  I can’t really delve into those issues without entering heavy spoiler territory, so I’ll spare you the specifics for now (look for my all-spoilers review this weekend).  Suffice it to say, flaws like the ones this movie suffers from go way beyond the typical dumb blockbuster movie tropes and plot holes, and into more frustrating, contradictory, and sometimes deeply troubling areas.  If the whole movie had been stupider, had avoided asking any deeper questions, or steered clear of complex themes, the fact that they are often contradicted or abandoned wouldn’t feel like a problem.  But these themes are brought up, they are talked about, and they are dealt with… until the movie gives up on them entirely for the sake of the next devastating set piece.

In the end, Batman v Superman clearly aspires to be about something deeper than grown men in tights punching each other.  It pretty much fails in that regard, but I’d rather see Zack Snyder and company swing for the fences than not try at all.  I respect the ambition behind this movie, I like the fact that two days after seeing the film, I still find myself thinking about its muddled, contrarian, and maybe actually hateful themes.  And I’m impressed that they managed to take so many elements– Dozens of new characters! World-building! Two beloved comic book stories to adapt!– and still make a coherent, well paced (if slightly exhausting) movie out of it.  In both its failures and successes, this movie is BIG– when Batman v Superman gets it right, it nails it (see: Wonder Woman).  But when it misses the mark, it goes way off target.  The value you place on those strengths and flaws will ultimately determine your feelings about this movie… and while that might sound ridiculously obvious, it actually really matters when you’re looking at such a perfectly mixed bag as Batman v Superman.