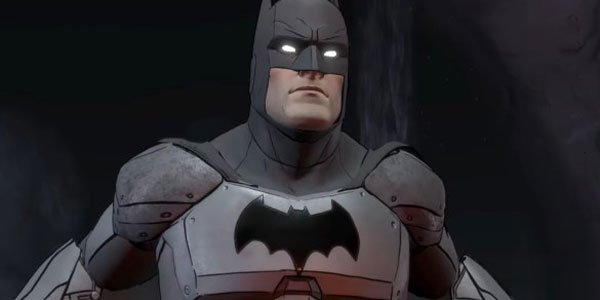 In the epic finale of Telltale Games’ Batman season, you are put through a gauntlet of challenges to finally rid Gotham of the Children of Arkham.

Telltale has put this Batman fan through it all as I have played all five episodes of this saga to the end. The game took a few liberties with the Batman mythos while telling its story, but it worked perfectly. The previous chapters build to this chapter’s epic battle, that reminded me of a living comic book. That is the best way I can explain this series to anyone who asks me.

The opening of Episode Five is different depending on if you chose to go after Penguin or Two-Face at the end of Episode Four. No matter which one you chose, sacrificing Bruce Wayne’s assets or Batman’s tech, the opening wraps up each of these seemingly massive decisions quite concisely. Either Dent fails to actually burn down Wayne manor, or Bruce takes down Cobblepot and suddenly can use his Bat Tech again. Neither of them have significant bearing on the rest of the episode, and both play out in similar ways, beginning with Batman taking down thugs at the GCPD. This fight scene is pretty intense as you are fighting to save Commissioner Grogan. 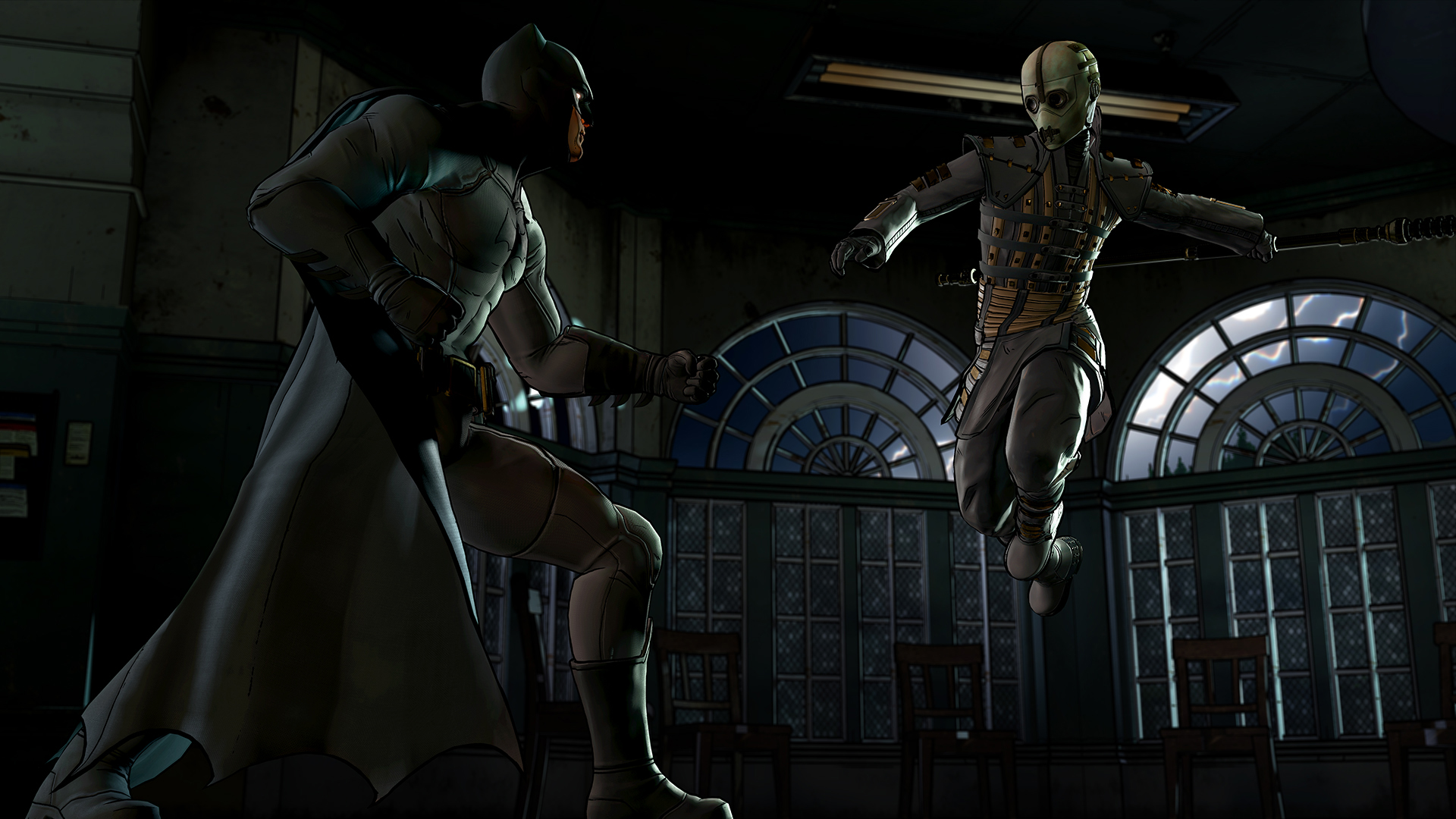 After the big fight scene at the GCPD you spend some time as Bruce Wayne tying up the loose ends from the previous episodes. You find out Vicky Vale (Arkham)’s hidden agenda and how she rose to power. Her plan is to release the prisoners of Arkham. One prisoner in particular we saw in Episode Four left me concerned if the break out was successful.

Regardless of your decisions up to this point, the story plays out pretty much the same. Before you depart to Arkham you get a nice Batsuit upgrade from Lucius Fox.  The only major choice at the end is when you can choose to reveal your identity as Bruce Wayne to Lady Arkham to save Alfred, or simply jump in and attack her. Revealing yourself as Bruce gets a chunk taken out of your ear in the ensuing fight, and directly attacking Lady Arkham results in Alfred getting shot in the eye (not a fatal wound). Either way, Lady Arkham is crushed under a pile of rubble, Bruce’s secret dies with her, and it seems like Bruce’s ear wound or Alfred’s eye wound will play into Season Two.

Newly appointed Commissioner Gordon called out to Gotham’s elite to step up and be heroes for the city as it heals. You are left with one more choice– stand by Gordon’s side as Bruce, or as Batman. I will let you see for yourself how your choice plays out, but I’ll tell you this– as Batman you are seen as the hero we all know him to be. We also get a nice tease at the end of a particular rogue that may cause some issues next season.

Telltale Batman was an amazing mixture of cause and effect, detective work, and amazing storytelling which gave us a nice total package. This was my first dive into a Telltale series and it will not be my last! JQ gives this game a 8.8/10.