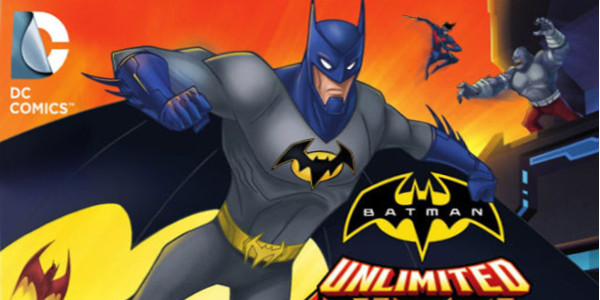 Batman Unlimited: Animal Instincts is a direct to DVD movie that takes the new toy line and puts it in action on the screen for the kids.

Why do I say for the kids? Well, it is just that. This movie is a walking, talking 77 minute commercial for the to 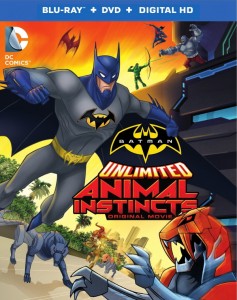 y line. If you are a hard core Batman fan that has enjoyed the animated features prior to this you will find yourself asking where does this belong? This movie is nothing related truly to the DC universe as the others, it is its own story with a cool cast of good and bad guys to match. To give a good idea, it matches Justice League in its feel, the art style and even story kind of. Gotham looks like Neo-Gotham from Batman Beyond (more on that reference later) with future tech, flying cars, and gadgets galore. Batman is voiced by Rodger Craig Smith (the same guy who did the last Batman Arkham game) not sure if you’re a fan or not… But he did pretty well.

The voice cast was well done as usual from a DC Animated feature. Here is why I mentioned the Batman Beyond feel– Nightwing is voiced by Will Friedle (who voiced Terry McGuinness aka Batman in that series). You get super cool flashback feelings when you see him in action.  Dana Snyder (aka Master Shake) put a great spin on Oswald Cobblepot. Batman teams up with Nightwing, Red Robin, Flash, and Green Arrow to take down Silverback, Cheetah, Killer Croc, Penguin, and Man-Bat.

In short this is a good movie, not great, not bad either. It fits a purpose as easy to watch and enjoy and has it’s own story without sacrificing the characters or it’s universe and roots to all characters. I’d check it out. To buy is up to you. If you like all things Batman related and are looking to add to your collection, feel free to nab this one.

Bottom line: The kids will love it and so the “World’s Greatest Detective” lives on for a new generation to enjoy.

The Blu-Ray/DVD Combo Pack contains an exclusive (plastic) Fire Bat which you can “use with Mattel’s Batman Unlimited action figures for even more fun!” It’s actually a GREAT marketing tool.