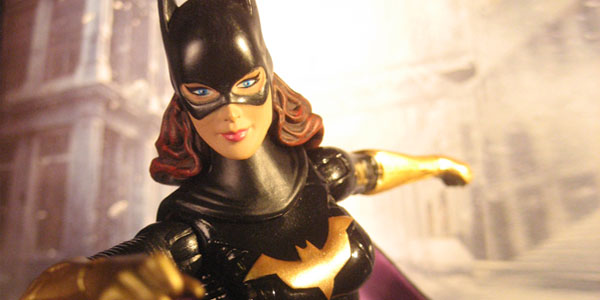 The first wave of Mattel’s Batman Unlimited is starting to surface, and a New 52 style Batgirl is the highlight of the assortment.

Mattel’s new strategy when it comes to DC Universe figures at retail seems a little silly– they’re sticking almost exclusively to current, New 52 designs of major characters, as well as offshoot media tie-ins (like the Injustice video game figures we’ve seen).  That’s all old news, so I wasn’t surprised at all when the first wave of Batman Unlimited, the new Bat-family sub-brand, featured two New 52 Bat-characters– Batman and Batgirl. 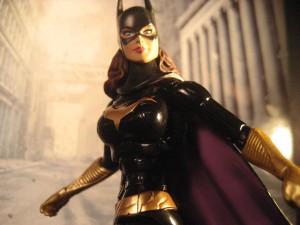 What did surprise me was how cool the new Batgirl really is.  This all new sculpt is one of the best super hero figures I’ve seen this year, and among the best female sculpts I’ve ever seen from the Four Horsemen.  I was expecting little to no new tooling on this figure, assuming the previous Barbara Gordon would simply be repainted in her new colors, complete with the odd proportions and limited articulation.  But Mattel really went the extra mile for their new Barbara, and that effort doesn’t go unnoticed.

Batgirl is an entirely original sculpt, with lots of detail sculpted in to the plates and segments of her armored costume.  Each ridge and partition is well-defined, all sculpted rather than painted.  While I love the effect of seeing actual sculpted details, I’m curious how far this will carry in the new toy line– the blanker the body, the easier it is to reuse, and I can’t see many more figures being spun off of Barbara’s unique armor pattern.  The paint apps are excellent all around, with a perfect gloss finish on the black of her costume, a metallic sheen to the gold detailing, and clean,crisp lines on the details of her outfit and her face.  The purple inlay of Batgirl’s cape compliments both the gold and black, and the resulting appearance is quite striking. 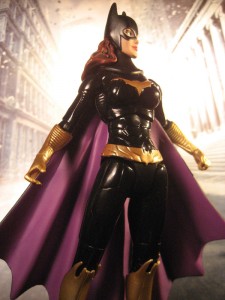 Beyond the nicely sculpted armor, Barbara also features a great portrait, far more natural and pretty looking than the old Batgirl. Her cape and cowl feature a nice, flat black finish, which stand out from the high gloss of her black and gold body armor.

The other benefit of the all-new sculpt is to allow for some new, improved articulation, another way this new Batgirl comes out on top.  The new female torso design on recent DC Universe figures like Poison Ivy and Star Sapphire is much more well-rounded, compared to the flatter waists of older ab crunch figures like Black Canary or Wonder Woman.  The new ab articulation is still really only a side-to-side swivel (I wish Mattel would figure out how to get some more lateral movement out of this joint), but it does little to interrupt the excellent sculpt. Likewise, the increased elbow (half-ball) and knee (also half-ball) joints are well-hidden in the workings of Batgirl’s armor, while offering an impressive range of motion.

In the past, some DC figures have had balancing issues due to the added weight of their cape.  One simple solution to balance issues is more articulation, and that keeps this version of Barbara standing despite the heft of her rubber cape.  Even though my Batgirl has semi-loose hips, the legs offer enough posing options that I can easily keep her on her feet with the cape not weighing her down, instead resting it on the back of her calves when she’s standing straight.  This feels like a major step up in Mattel’s design approach– not only is Batgirl a visually striking figure, she’s also an intelligently-engineered one. 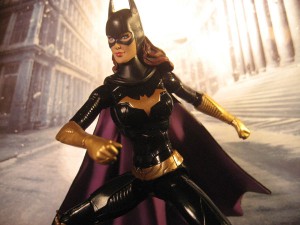 Mattel’s new DC plan is a risky one– ending the long-running DC Universe Classics felt like a perfect jumping-off point for collectors, and I’m not sure if New 52 and Injustice will be exciting enough properties to keep fans onboard.  However, when the New 52 figure is as awesome as this Batgirl, it’s hard to resist.  I don’t think Batman Unlimited is going to be a completist kind of toy line– it seems much more intended for collectors and kids to pick and choose what figures they want, a few at a time.  I’m sticking with my classic DC Universe, but I think there’s a place for New 52 figures who are dramatic improvements over their previous releases.  Going through my Toy Biz Marvel Legends, I was surprised to recall how many artistic liberties and creative flourishes were added to the Marvel heroes and villains, and I feel like New 52 Batgirl can easily fit into the DC classics collection in the same way. 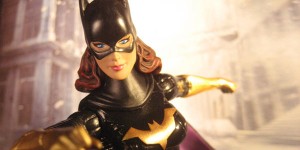 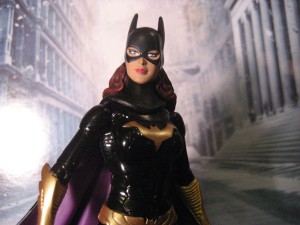 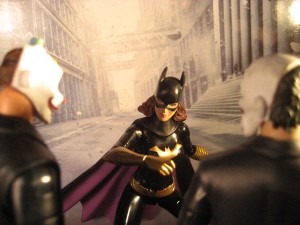 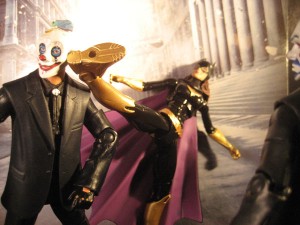 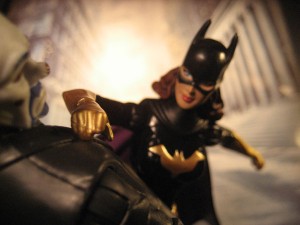 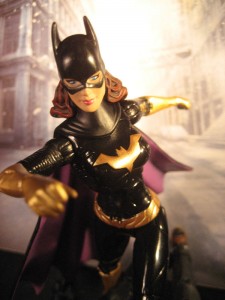 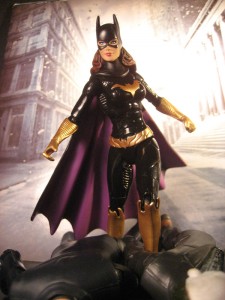 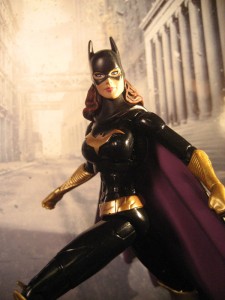 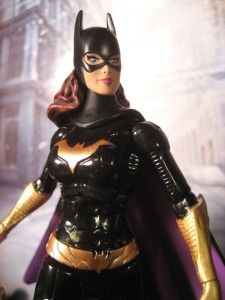 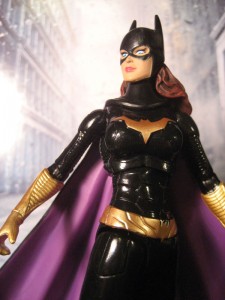