Batman Gets Unmasked By Mattel

Mattel’s DC Multiverse has focused the first half of 2016 on characters from Batman v Superman: Dawn of Justice, and in addition to the core line of figures, they also released two surprise variants, both exclusive to Toys R Us.  Heat Vision Superman includes an alternate head with red, glowing eyes, while the new Batman variant features an unmasked Bruce Wayne head and a removable rubber cowl.

This new Batman isn’t perfect, but in my opinion he’s a big step up from the earlier release.  While this figure shares the exact same body as the previous version, he features a much more screen accurate dark grey costume, complete with a nice, shadowy wash which accentuates the unique texture of the costume.  Unmasked Batman also includes an improved cape with a grainy texture to match his removable mask, and, of course, the all new unmasked headsculpt.

There’s not much Ben Affleck in this portrait, overall, but I think the sculpt basically nails the lower half of his face.  The biggest discrepancy here is the hair, which is matted down and looks nothing like Bruce Wayne’s hairstyle in the film (though I appreciate the subtle grey paint used on Bruce’s temples).  This was done to allow for the cowl to fit the head better, but it takes away from the likeness in a considerable way.  The removable mask gimmick also means the figure’s overall head is slightly smaller than the other maskless figures in this toy line, though not egregiously so.

How’s the cowl itself? It’s not terrible.  I actually love the way the mask fits Bruce’s face, which looks way more like the movie style than the previous Batman figure’s cartoony, depth-less eyes.  But overall, the rubber of the mask is slightly too thick, making the masked Batman’s silhouette appear top-heavy.  I appreciate Mattel’s attempt here, but it’s kind of disappointing that here we are, in 2016, and this figure’s engineering is basically put to shame by Kenner’s 1992 Bruce Wayne figure, whose removable cowl still stands as one of the greatest feats in action figure engineering of all time.

Despite a slightly too-big Batman cowl and the conversely too-small Bruce Wayne head, I still like this Batman figure a lot. If I had to pick one version of the caped crusader in his BvS movie look, this would be the one.  I also like that Mattel went the extra mile to include additional pieces for the Build-A-Weapon Grapnel Gun with these Toys R Us figures.  Each exclusive comes packed with extra grapnel darts that can be added to– but aren’t necessary for completion of– the gun itself.

The TRU exclusive DC Multiverse figures are available now at Toys R Us stores, and online at ToysRUs.com.  If you’re trying to decide on which Batman to buy, do yourself a favor and consider this guy. 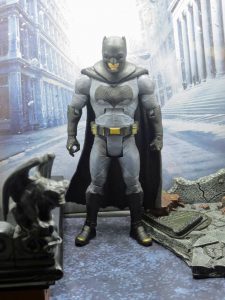 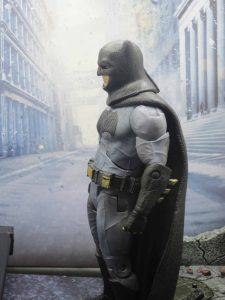 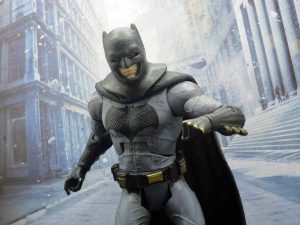 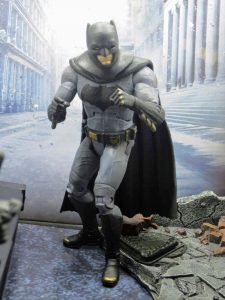 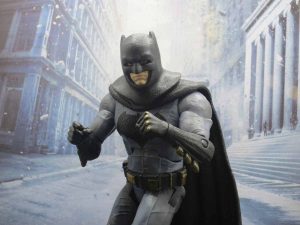 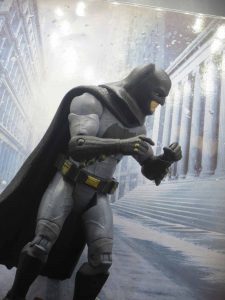 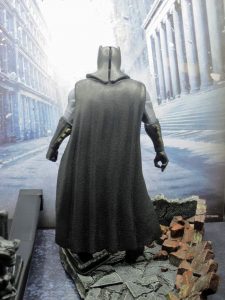 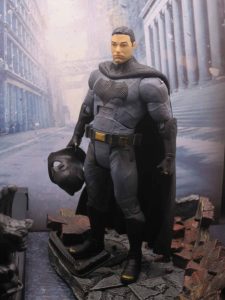 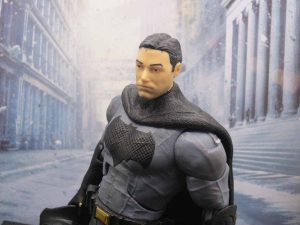 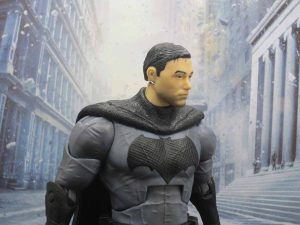 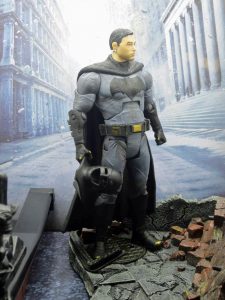 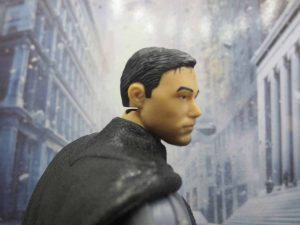 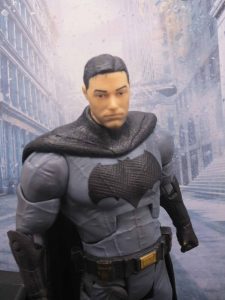 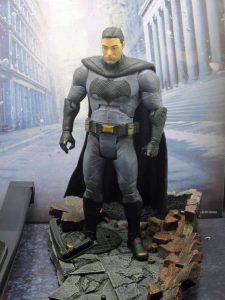 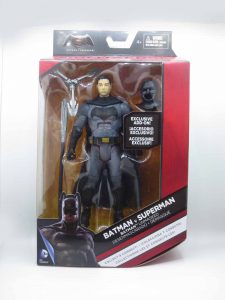 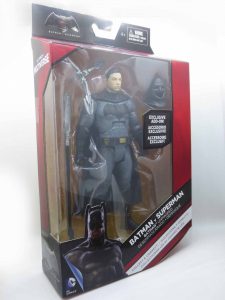 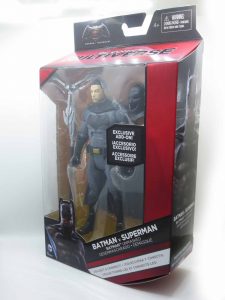 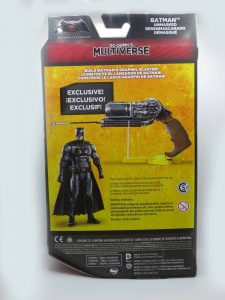