Will Batman vs. Superman Lead Directly Into Justice League? 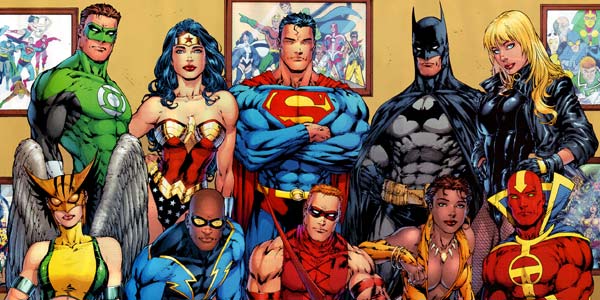 The latest rumor suggests we won’t be waiting long for a full fledged Justice League movie.

Warner and DC are definitely playing catch-up when it comes to their super hero movies, but if the latest news is true, they’re switching from fast to light speed.  The rumors coming from the oft-reliable Latino Review suggest Batman vs. Superman will end in a cliffhanger, leading directly into Justice League, which would film alongside the team-up movie for release in 2016.

What lends credibility to this rumor for me is how many DC heroes will already be featured in Batman vs Superman… it would be easy enough to not only introduce them in the Superman sequel then spotlight the team in JL.  Plus, with a cast this big (and popular), filming back to back would make sure everyone’s schedule stays free.

I don’t know… I really want to feel excited for DC’s movie universe, but everything feels too rushed, and not at all organically grown like we saw with Marvel Studios.  Even Marvel had some growing pains when it came to world building– Iron Man 2 was a slog that turned into a necessary evil to expand the universe and tie it all together.  But then we got Captain America and Thor to get re-energized in Marvel before they went anywhere near The Avengers.  If Iron-Man 2 was the direct springboard (shoehorning in Cap and Thor cameos) I doubt Avengers would have connected like it did.

I’m hoping DC and Warner prove me wrong in a big way– I love the cast they’re assembling so far, based on confirmed actors like Ben Affleck and Gal Gadot and rumors like The Rock, Jason Momoa and Adam Driver… But DC needs to step up their story game in a big way to make this all work.  I’m hoping their relative secrecy on the future of DC on film is based on being calculating with their marketing… and not because they don’t know what’s going on.