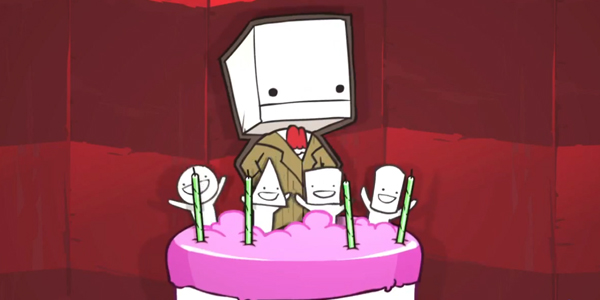 The Behemoth is a developer that’s easy to love.  Their previous two titles, Alien Hominid and Castle Crashers, share a unique style that puts them in a class of their own.  Known for their signature and adorably quirky artwork, they’ve hit that perfect balance between accessibility for the casual crowd and ultra-tight, interesting gameplay for hardcore gamers.  In the process they’ve basically set the bar in the XBLA market that others can only hope to reach.

Now, after four long years in development, they’ve released their latest masterpiece, BattleBlock Theater.  While its release couldn’t have come at a worse time (with the end of a console cycle drawing ever closer and Xbox Live Arcade itself in somewhat of a decline), the game is an absolute gem – a beautiful swan song for the indie market that Microsoft, and even much of the public, seems to be losing interest in.  I would implore anyone with XBLA access to download it immediately and prepare themselves for an awesome time.

At the risk of selling it short, BattleBlock Theater is, at its core, a 2D platformer with many puzzle elements.  But it’s so much more than that.  Upon starting up a new game, you’ll be greeted with an introductory cinematic that, in The Behemoth’s iconic style, outlines the story in a most hilarious fashion.  From the voice acting to the visuals to the absurdity of the story itself, the game had me cracking up – it’s charming aesthetic and off-the-wall narration manages to be extremely funny while still maintaining a family-friendly approach.  As you and your friends are out sailing, a violent storm shipwrecks you on a mysterious island ruled by an advanced race of cats.  Betrayed by your most beloved (and now brainwashed) friend, Hatty Hattington, you are imprisoned and forced into gladiatorial combat as entertainment for your feline overlords. 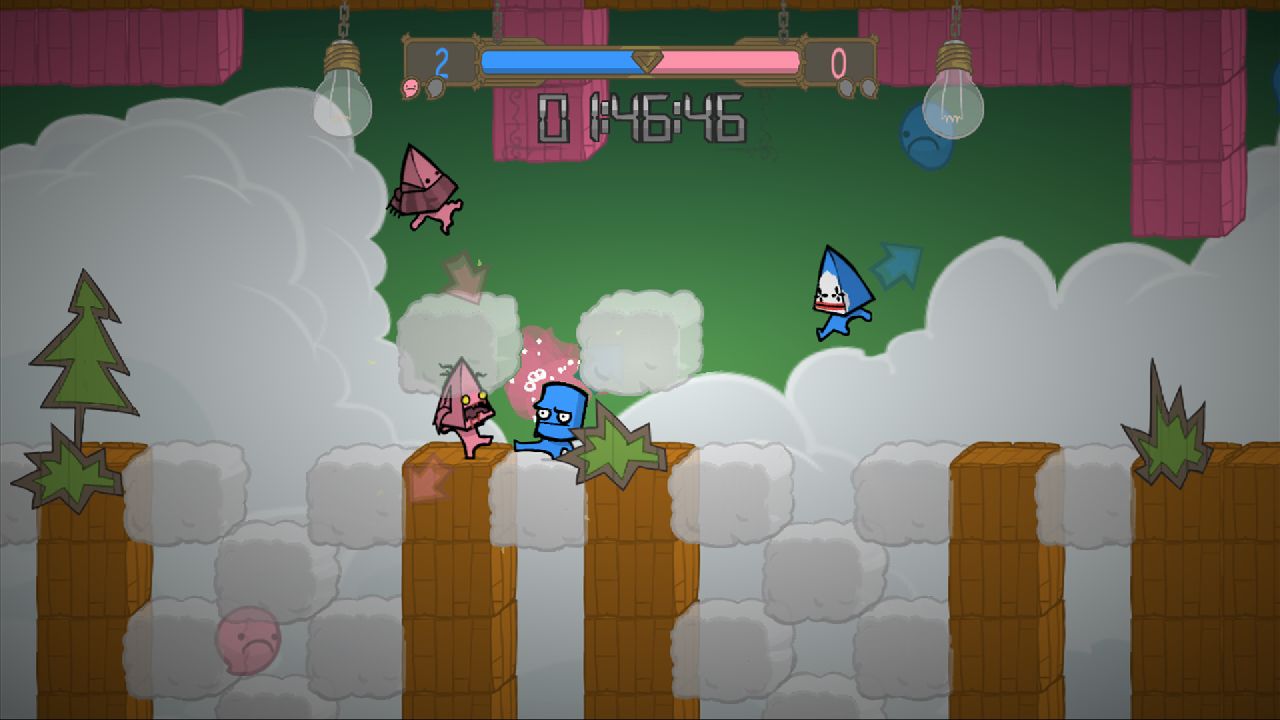 The story campaign will find you progressing through a series of levels trying to collect a minimum amount of gems and safely navigating to the exit while avoiding obstacles and battling enemies.  Co-operative play takes the concept to the next level as your friends can join up and help you traverse through tough areas along with occasionally pushing you off a ledge to your doom just for fun.  And indeed it is fun, especially since death is a frequent occurrence and never a frustrating setback.  Upon meeting your demise time and time again, you will instantly respawn at your base or the last checkpoint flag you activated.  I encourages experimentation and let’s you play as loosely as you like within the game world, without being punished too severely.  Helping your partner through a difficult area just to purposefully uppercut them into a wall of deadly spikes for no reason simply never seems to get old. 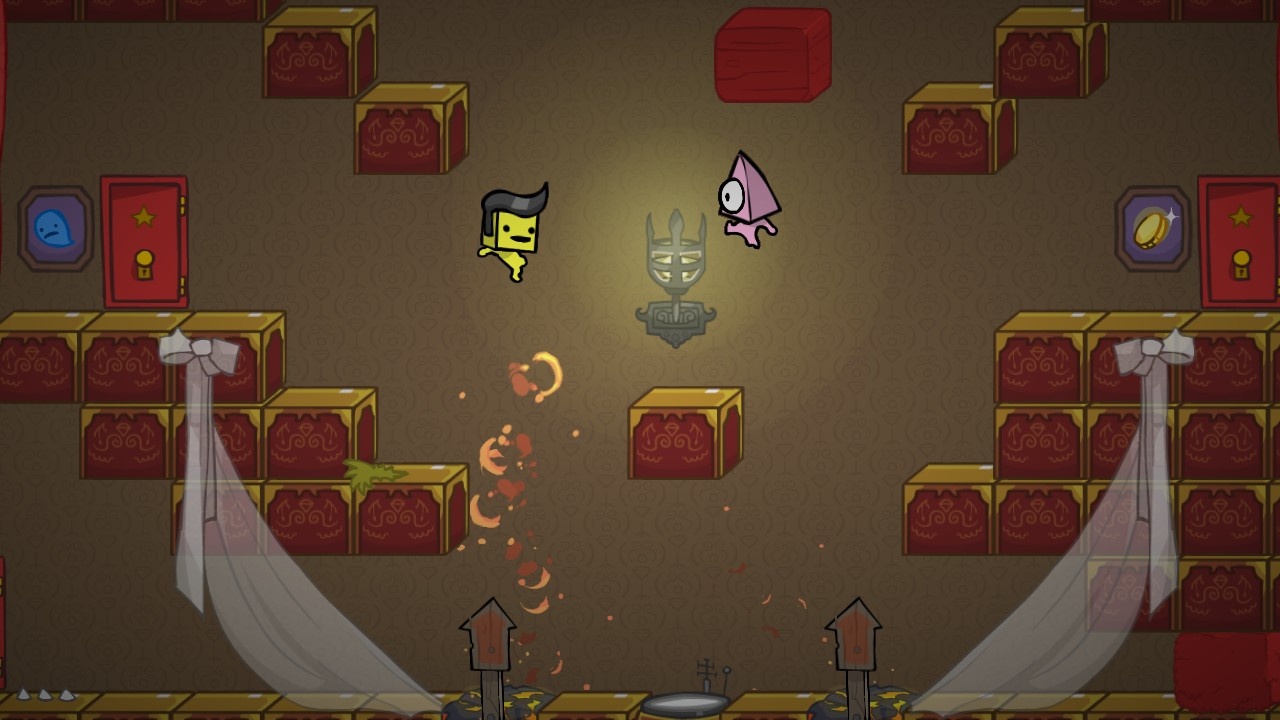 But the real meat of the game’s multiplayer experience comes from the online suite of ranked/player matches.  With eight 4-player mini-games to choose from, BattleBlock Theater offers ridiculous amounts of fun and variety.  There is a mode in which two teams of two players try to get over to the opposing team’s base to steal their horse (which resembles a box with stubby legs) and ride it back to their home base to score points – it’s like capture the flag…but with a horse.  Other modes see you trying to color in more of the world than your opponent, competing in super-intense time trials, and even playing a twisted game of basketball.  “Muckle” mode is very much like Nintendo’s classic, Super Smash Bros, where players frantically beat the living hell out of each other, inevitably leading to plenty of laughs and lots of yelling. 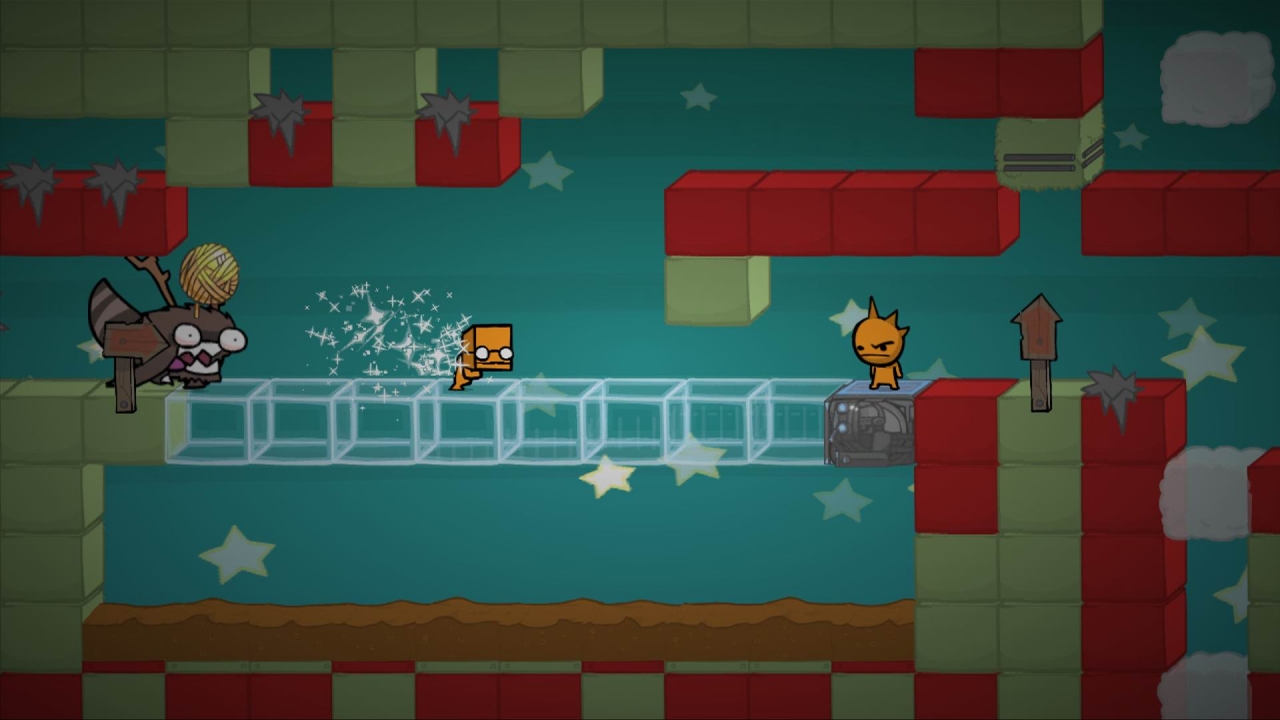 Only considering the robust single and multi-player offerings, BattleBlock Theater is already a more fully-realized experience than its ten dollar price tags would suggest, which is why the inclusion of its level editor is than much more impressive.  While it’s not the most in-depth editor ever conceived, it is more than serviceable and will really help to extend the game’s lasting appeal.  In short, BattleBlock Theater is the perfect example of a downloadable game done right.  The Behemoth continues to prove that developers can offer games that, while not necessarily deserving of a full-fledged disc-based release, can find their rightful home in the online marketplace and offer an experience that more than justifies their scaled-down pricing structure.  Now that their latest labor of love has finally been released, I can’t wait to see what ideas they cook up next.