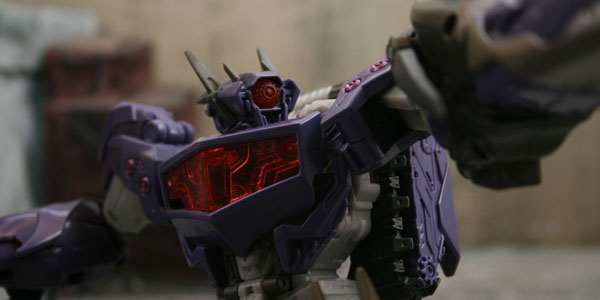 Collectors who have been collecting the Transformers Classics line since the beginning have been waiting a long time for a Shockwave figure that is both updated and still has a G1 feel to it. Hasbro may have finally gotten in right with the Beast Hunters Shockwave.

Every year Transformers fans who grew up in the 80’s look forward to see what characters Hasbro has updated slightly that can fit in with their Classics/Generations line. Some fail to meet the mark like Ultra Magnus and some are great updates like Blaster. Shockwave, thankfully, falls in the the latter category. 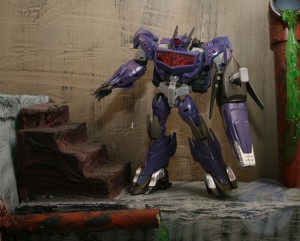 This figure is part of the Transformers Prime Beast Hunters line, but it is clearly made with classics fans in mind. The design is updated with some more organic aspects but the essence of the character comes through in the overall design. His vehicle mode is a Cybertronion tank, with an open design– the forward wheels are spread out and separate from the body of the tanks, and the back tread are also spaced far from the body of the vehicle. On top of the tank the large cannon as a trigger that activates the the figure’s action feature. When the button is pushed the cannon rotates, revealing an inter blaster fire piece. The action feature does not hinder the figure in anyway, and when it spins it almost looks like the cannon is lights up. 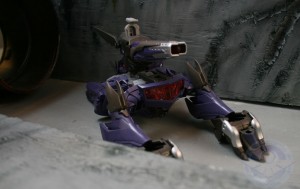 The bot mode is the real winner for this figure. He is easy to transform compared to some of the other Prime figures. The colors are close to the original G1 colors, with a much lighter tone. There are gray and silver tones that run through the color scheme to help break up all the purple. The look of the bot mode is much sleeker than the G1 design of the character. In his original look he was blocky and just a mass of purple with a hand cannon. The only issue with the figure is the lack of a waist joint of any kind. It can limit the poses the bot can get into, but is not a make it or break it issue.

After the mini Shockwave from the video game line, this figure exceeds expectations. He has the size, design, and the cycloptic head to make him worth tracking down for your classics collection. Some fans will argue that this is a Beast Hunters figure and does not fit in with the other classics figures, but this version is updated just enough while retaining the classic feel of the character. 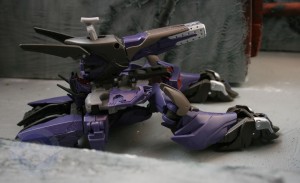 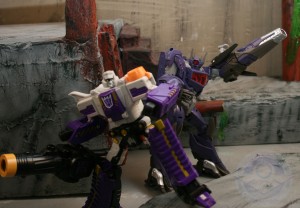 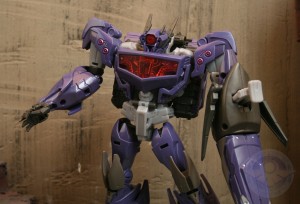 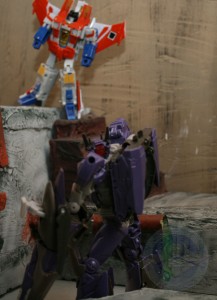 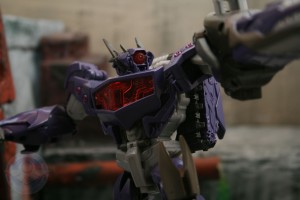