Is Benicio Del Toro Playing Thanos In Guardians Of The Galaxy? 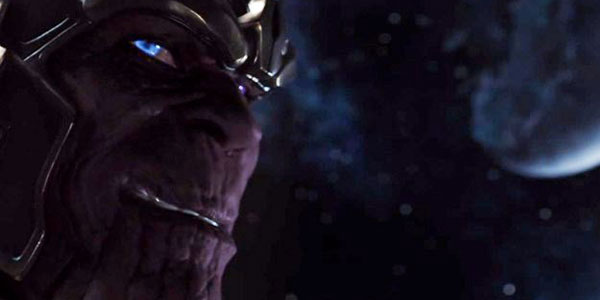 Will Del Toro play the mad titan from Guardians and The Avengers 2?

The inspired insanity of Guardians of the Galaxy casting continues, as Benicio Del Toro has been tapped for a role, which allegedly wraps him into the bigger Marvel cinematic universe.  Del Toro will be joining the bizarre and intriguing cast including Chris Pratt as Starlord, David Bautista as Dra the Destroyer and Glenn Close as the chief of the Nova Corps… but there’s been no word on who Del Toro will play.

With only the clue that his character will likely be a larger part of the Marvel universe than Guardians alone, Del Toro could very well be playing– or at least voicing– one of the CGI Guardians, like Rocket Raccoon or Groot.  But I really like the theory posed by Devin Faraci at Badass Digest— that Del Toro will, in fact, play Thanos, the villain of both Guardians and the Avengers sequel.

Del Toro is an interesting actor, and roles from Fear and Loathing‘s Dr. Gonzo to Lawrence Talbot from The Wolfman prove that the actor can infuse a strong, even sympathetic, humanity into his monsters.  That sounds just about right for Thanos, who’s always been one of the more complex villains of the Marvel Universe.  Del Toro would have the chops to feel like a match for super hero teams like the Guardians or the Avengers, and I have complete faith that he’d channel the sadness in the corrupt Titan.

The fun part now is guessing how Thanos would be played– we saw a brief glimpse of him in the credits bump during The Avengers, and he was perfect– I’d hate to see that look adjusted, but Del Toro would probably be a fantastic candidate for a mocap/ voice performance.

This could all be way off– watch him end up playing, like Vance Astro in a cameo or something… actually, that would be kinda cool to see, if they could de-age him appropriately.  The sky is the limit when it comes to this movie… I’m beyond excited to see what else Marvel and James Gunn have up their sleeve!