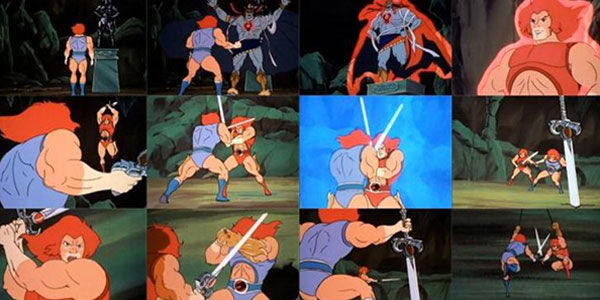 Big Bad Toy Store grabbed the US distribution rights on what is likely to be Bandai’s final Thundercats toy.

Yes, it’s a shame that the much-lauded (and actually pretty darn good) Thundercats reboot never really got off the ground. Between Cartoon Network’s notorious schedule-meddling with the new cartoon and Bandai’s illogical and wishy-washy executive decisions regarding the toy line, it took less than a year for Thundercats to quietly sink back to obscurity.

One new piece was made by Bandai this year, a new deco of the 8″ Classics Lion-O that was sold as an exclusive at the Singapore Toy, Game and Comic Convention.  The new Lion-O was based on an episode of the original cartoon in which Mumm-Ra morphs into a red and brown doppelganger of the TCats’ fearless leader, which sets up a big brawl between the virtually identical foes. It’s a neat variant, based on a key scene from the classic series, and seems to me like a nice piece to help fans once again say goodbye to Thundercats.

Big Bad Toy Store is helping to make that happen for collectors in the US, as they have acquired domestic distribution for this extremely limited figure.  Yes, the Mumm-Ra/ Lion-O figure carries a hefty price tag, but with a production run of under 1,000– and being a direct import of an overseas exclusive– it’s understandable. 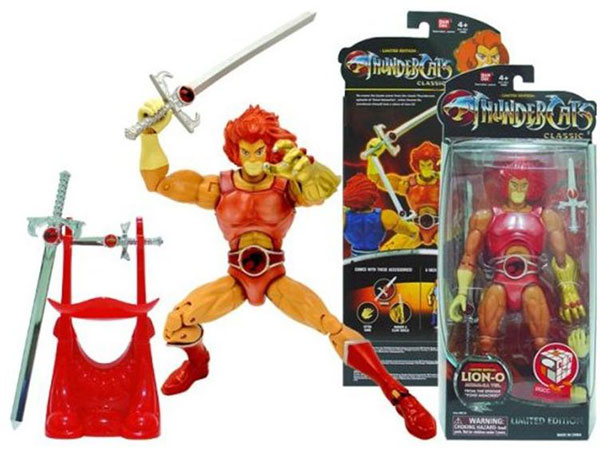 Disguised as Dr. Dometone, Mumma-Ra Lures Lion-O to a gallery of the Thundercats accomplishments where he must battle four of his most formidable enemies Rator-O, Safari Joe, Slithe & Spidera. Once the other Thundercats arrive, they end up in trouble and Lion-O is confronted by Mumma-Ra who turns himself into a carbon copy of Lion-O. It’s Lion-O Vs. Lion-O and they are both evenly matched until Lion-O shows Mumma-Ra his reflection and banishes him with the sword of omens.

BBTS is taking pre-orders for a November release date here in the states.  If you want to add this figure to your collection, Click Here and pre-order yours today.