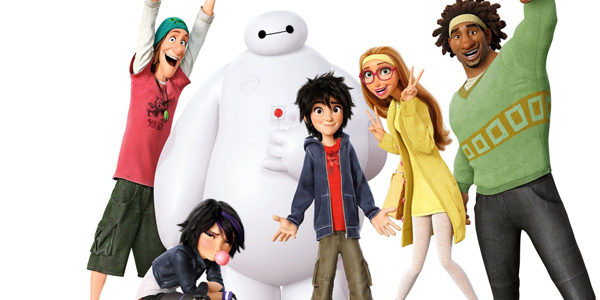 Disney is really upping their game with animation lately, and Big Hero 6 is another example.  Let’s take a look at the good and the bad of Disney’s latest animated feature.

Big Hero 6 is the most fun anyone will have in the theater since Marvel’s Guardians of the Galaxy. It’s a fun ride which is appropriate for all ages and caters to the little kid in all of us.

There is no dull moment in this film. From the onset, you get drawn into this world and understand the main character (Hiro) and his trusty Michelin Man looking, fun teddy bear sidekick (Baymax) grab your interest immediately. Baymax is definitely the highlight of this movie. His childlike demeanor and very limited understanding of human interaction make for some of the best scenes in the movie, while Hiro and his friends bring a much welcome human side to this grand adventure.

The animation is once again a testament to why Disney has always been the pioneer in that medium. The world this film takes place in (aptly named San FranTokyo) feels exactly like what San Francisco and Tokyo would look like it they were melded together in real life. Without giving away any spoilers, gotta say the film does pack an unexpected emotional punch early on, and throughout. I certainly wasn’t expecting an emotional beat of that nature from the film when I first saw the trailers but it was a welcome surprise. There is also, of course, a sweet Stan Lee cameo… but I won’t spoil that part either. I will just let viewers find it for themselves as it’s greatly worth it.

As much as there wasn’t a dull moment in this film, there was one particular part that felt a little dragged on. It does pass quite soon after, and the movie gets back into gear for the impressive grand finale. I also felt that despite how awesome Baymax and Hiro are as characters, there was a missed opportunity with the supporting cast as they are equally as interesting and except for their introduction earlier on in the film, they sort of just go away and never show up again until the third act where they return as awesome as ever! They certainly should have been explored a little more, but this can be forgiven considering the movie is only an hour and a half long.

In a nutshell, Big Hero 6 is definitely a film worth checking out in theaters AND adding to your home collection when it comes out on Blu Ray.