Bilbo Takes The Spotlight on New Poster For The Hobbit 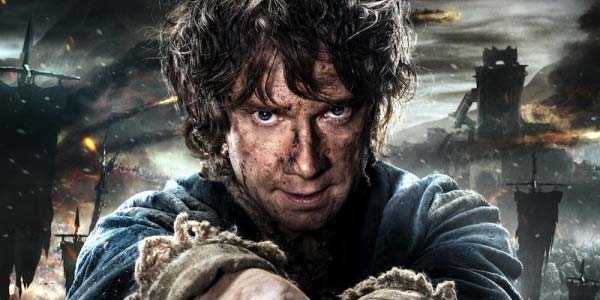 The Hobbit movies’ namesake gets a nice new character poster.

We typically get quite a few character one sheets for Peter Jackson’s modern Middle Earth movies, so I am assuming the recently-released Gandalf and Bilbo posters are only the beginning.  But the Bilbo image in particular– showing our hero aiming his sword directly at the camera– is a nice one, if for no other reason than it once again suggests Bilbo may have something to do in this movie… aside from be unconscious.

There’s really nothing that could make The Battle of the Five Armies legitimately exciting for me, but I’m obviously going to see it to complete the new (largely made up) trilogy.  In between now and then, I guess I’ll just keep looking at these pretty character posters as they’re rolled out.  Yay? 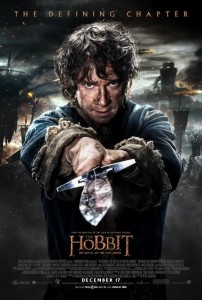 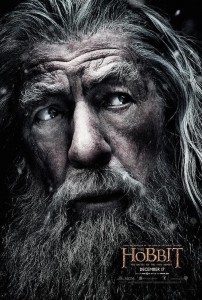